Dear Modern Farmer: Is It Legal to Sell My Extra Raw Milk?

Dear Modern Farmer: Our dairy cow produces more raw milk than we can drink. Is it legal to sell it? 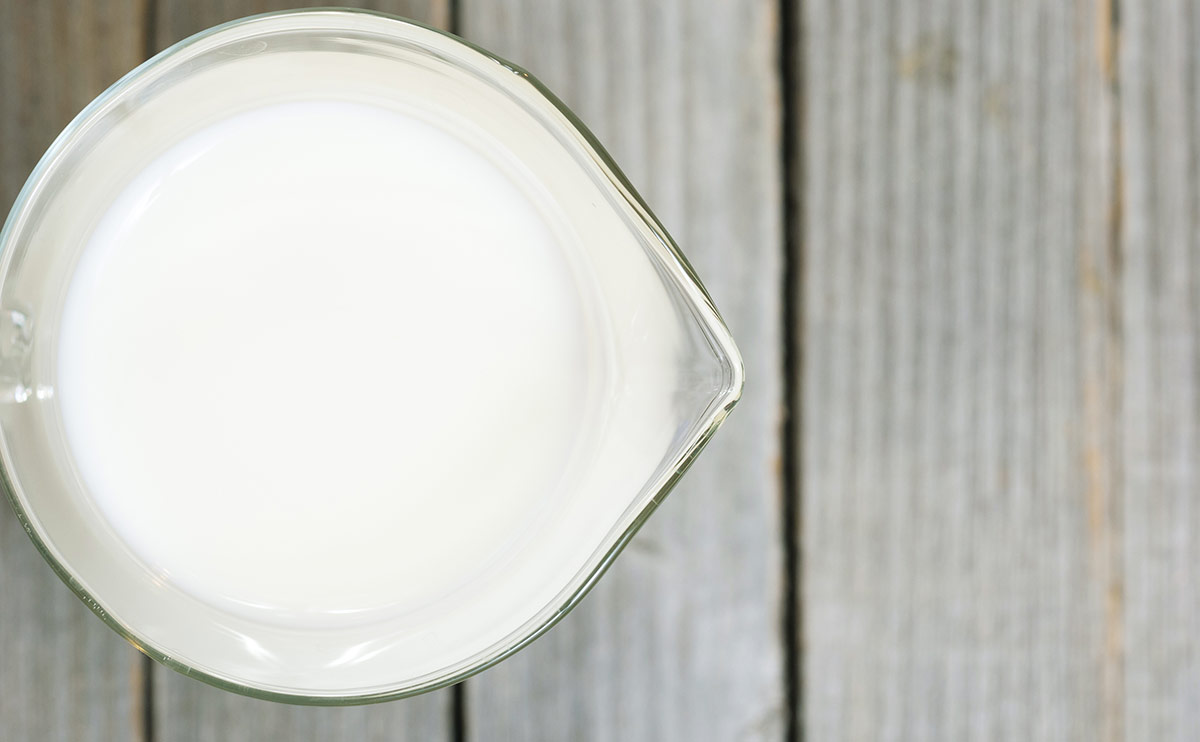 While the laws for sales of raw (unpasteurized) milk might be fluid in some regions (like Illinois; here’s one farmer’s take on those proposed rules), there are three primary sources of regulation that you need to look at in order to determine if you are allowed to sell (or otherwise distribute) your raw milk.

The sale, as well as the consumption, of raw milk is not without controversy.

Incidentally, you probably already know that the sale, as well as the consumption, of raw milk is not without controversy. Without getting into a lengthy pro vs. con discussion about raw milk, the bulk of arguments on either side have to do with the relative health-related benefits and risks of raw vs. pasteurized milk. Moreover, while the perspective might be slightly different for each of the players, there are consumers, dairy farmers, and food safety/health experts on both sides of the issue. I note this because sometimes these are the reasons why the laws are in flux in some states. If you haven’t done so already, you should read up on these various viewpoints to fully inform yourself before taking the plunge into selling raw milk.

Federal law prohibits the interstate sale of raw fluid milk. In 1987, the U.S. Food and Drug Administration (FDA) banned state-to-state sales of raw milk (though there are some exemptions for certain raw milk cheeses). However, unless you had plans to sell your milk across state lines, the federal ban should not stand in your way. In fact, there is presently some legislative interest at the federal level that could eventually eliminate the interstate sale barrier if it ultimately garners enough support, so it might be wise to monitor this trend if you want to someday sell across state lines.

Although the FDA bans interstate raw milk sales, it allows states to individually regulate the sale and distribution of raw milk within their own borders. Virtually all 50 states and the District of Columbia regulate (or, in some cases, flat out prohibit) the sale of raw milk to some degree, and the applicable statutes, regulations and/or policies vary widely at that.

Here’s a great map graphic highlighting the status of raw milk laws across the U.S. However because it is slightly outdated, you still want to check with your state department of agriculture or public health to determine the current status of raw milk sale/distribution laws in your own state.

Alternatively, check to see if there is a raw milk association in your state or area (here’s the link for one in Colorado) since they will likely have much of the information you need, as will many local dairy farms offering raw milk to consumers. And as I mentioned above, the law is constantly changing with respect to raw milk – the most recent of which was on July 1, which became the first day that Vermont dairy farmers could start selling their raw milk at farmers markets (under certain slightly cumbersome requirements) – so continue to stay abreast of raw milk news in your area.

For those states that do allow some level of raw milk sales, there are a few key compliance factors that are usually addressed:

Point of sale/distribution. Depending on your state, raw milk sales may be limited in location. Several states allow only on-farm (or “at the gate”) sales, such as in Missouri; whether a license is needed for such sales also varies among states. Other states are more relaxed and allow for sales at retail markets, farmers markets, and/or delivery or bulk drop off service.

Labeling requirements. Many states have very specific language that must be prominent on the raw milk container used in sales, and sometimes also signage at the farm/market. Additionally, some rules require imprinting the date on the container, and that sales of the milk cannot occur beyond a certain number of days beyond that date stamp. You will need to see what your state requires, and this is not something you want to avoid doing or you could be subject to some serious consequences.

Inspection and licensing/registration of farm. In many cases, the sanitary standards that a farm must meet in order to sell raw milk are quite stringent. Moreover, they can also be costly, whether it be the licensing or the infrastructure/safety features that must be used. These are often deal breakers for some farmers interested in selling raw milk because they are too onerous relative to the economic benefits the farmers hope to realize. In some cases, the farmer must obtain a vendor’s license from the nearest milk inspector if she is going to sell more than a

certain amount of milk a day, but is exempt from this requirement if selling less (in Massachusetts, farmers selling less than 20 quarts/day do not need a vendor’s license, but still must be inspected and tested by the department of agriculture). You will want to get all licenses and registrations in place well before selling raw milk.

Testing of raw milk. Many state standards have specific count thresholds for bacteria, coliform, and somatic cells present in raw milk. These requirements are geared toward keeping the milk safe for human consumption.

Speaking of human consumption, in many states, the law does not expressly prohibit the sale of raw milk for animal consumption even though sales for human consumption are illegal. In other words, raw milk can be sold for feeding pets or other animals, as is the case in Florida. Notably, this does not seem to limit some humans from drinking the raw milk they are purportedly banned from buying for themselves. Take a look at how one Florida farm is very careful in what it will, and will not, discuss with customers about its raw milk for human consumption.

This is probably a good time to mention that if you, as a raw milk producer, fail to comply with the applicable laws in your state, you might find that things can go sour quite quickly. Take the case of Maine farmer, Dan Brown, who recently endured litigation (not to mention a $1,000 fine) when the state sued him for purportedly failing to comply with state raw milk licensing/labeling requirements. Another farmer in Minnesota also recently went through something similar, though the court ultimately went a little easier on him (though it appears he plans to appeal the most recent decision for further clarification on the law).

For those states that expressly prohibit the sale of raw milk under any circumstances, whether it be for human or pet consumption, you may find that another alternative can still be a means to the end: cow or herd sharing.

In some states, such as Colorado where the sale of raw milk for human consumption is prohibited, you can lawfully take part in cow or herd sharing (like this one or this one), which functions much like a co-op or community supported agriculture (CSA) arrangement. In essence, you purchase a share of a milk-producing animal or herd (i.e. cows or goats), and you pay for the farm to raise and care for these animals and then give you (and other subscribers) any milk that is produced. This is largely how some farms get around the “sale of raw milk” ban that might exist in their state, though some states do expressly allow for cow/herd sharing by regulation or policy. In some cases, it is unclear whether an existing law that bans raw milk sales would be interpreted to allow for cow/herd sharing because it has not yet been tested in court, so be aware that it might always be a viable loophole.

Notwithstanding the state laws that might permit raw milk sales in some fashion, local regulations might also apply. In some states, like Massachusetts, state law allows some level of raw milk sales but a local town or city regulation is allowed to require compliance with additional local regulations, or, in some cases, ban sales altogether, if it so chooses. Sometimes the local law might be unclear, even to town officials, thereby leading to confusion about whether that municipality actually permits the sale of raw milk or not. But to be safe, your best bet is to reach out to your local board of health before selling raw milk, even if you already have the state’s approval, so that you do not run afoul of any additional local rules. If your sales will be taking place on-farm, you will also need to check your local zoning code to ensure that on-site sales are permissible in your zoning district.

Lastly, it seems worth mentioning that even if your state and local governments give you the green light to sell or distribute raw milk, you might have another issue to contend with: liability insurance. There are at least a few reports that some insurance carriers and/or policies will not cover liability stemming from any raw milk sold by insured farmers, so be careful to check your policy and ask your insurance agent for more information about whether this is a covered risk. Even if raw milk sales are covered, it may ultimately be too cost prohibitive to carry this kind of policy in order to sell directly to consumers, as seems to be the case with this Vermont farm.

Campaign for Real Milk (a project of the Weston A. Price Foundation) Summary of Raw Milk Statutes [NOTE: This site is a bit dated, but a good starting point]

Um, raw milk and guns? Good question – why DO FDA agents have guns?

Compelling NPR piece about the goals of the Raw Milk Institute

Recent piece from the Washington Post highlighting some legislative initiatives in the U.S.

More on the proposed rules in Illinois

Another compilation of state raw milk legislation and bills from Real Raw Milk Facts. (Note this site is not to be confused with the Campaign for Real Milk website. Real Raw Milk Facts is, according to its website, “supported in part by Marler Clark, the nation’s foremost law firm with a practice dedicated to representing victims of food poisoning”)