Barrel-aging is high up on the food-trend meter -- but there aren't many people making wooden barrels anymore. 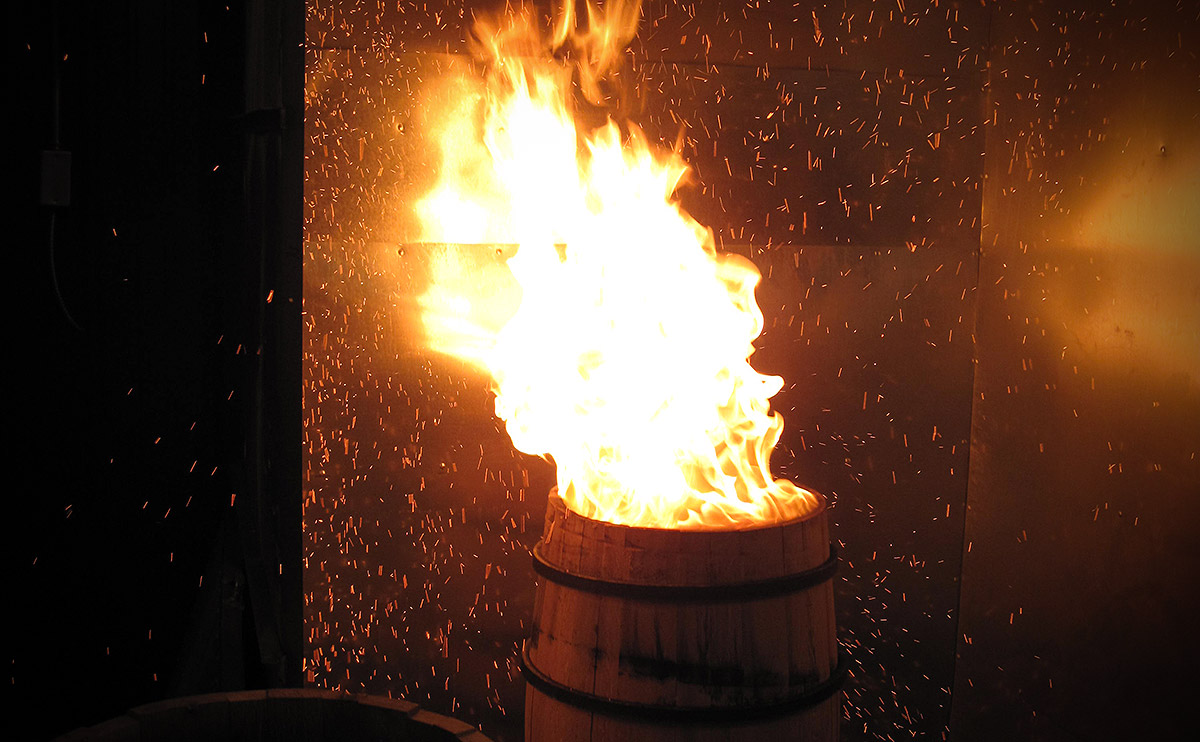 And Gable Erenzo, distiller for Tuthilltown Spirits in Gardner, New York, has heard it all. Among the uses for the distillery’s booze-infused barrels: A local ice cream shop uses Tuthilltown barrels in some of its ice-cream-making processes. Fruition, a small-batch craft chocolatier in the Catskills, ages cacao beans in Tuthilltown’s old barrels. Regional maple-syrup makers also use barrels from the distillery to age their syrup. And then there was the person with a project involving a whole hog. “I had a guy contact me about aging a whole pig in one of our barrels,” says Erenzo. No telling how that turned out.

Food fetishists, craft beer people and mixologists have all embraced barrel-aging. The process can impart caramelized flavors of charred wood sugars, the heat and vaporous high-notes of spirits and hints of smoke to whatever spends time sloshing up against the staves of a wooden barrel. Because of the phenolic units in wood, a charred barrel can impart flavors nearly identical to vanilla and clove. (It can be too much: Wine makers often limit the barrel-aging time to avoid creating overpowering flavors. Like vintners, many brewers and craft-cocktail makers are simply content to impart those sweet and smoky flavors by using wood chips from old casks.)

But it sounds a lot cooler to say something is “barrel-aged” than flavored with “wood chips.”

And, as a result, barrel-aging is high up on the food-trend meter, somewhere below bacon, pickles and IPAs, somewhere above eating insects. There are already barrel-aged coffees, barrel-aged honeys, barrel-aged hot-sauces, ciders, mustards, vinegars, pickles, beers, cocktails and more. We can expect to only hear about more barrel-aged products in the coming years.

Barrel-aging is high up on the food-trend meter, somewhere below bacon, pickles and IPAs, somewhere above eating insects.

But if there’s a craze for all things barrel-aged, where do all those barrels come from? With America in the midst of a craft-distilling boom, most of the barrels being used for aging food products are first used to age spirits. Ten years ago there were 70 craft distilleries in the U.S. Today there are more than 600, cooking up gins, whiskeys, vodkas, moonshines, rum and more. The rules regarding American whiskey (excepting corn whiskey) dictate that the spirit must be aged in a new charred oak cask. That means every batch requires a new barrel to meet the specifications. Tuthilltown, for instance, uses an estimated 1,750 standard-size (53-gallon) barrels a year. These barrels are fueling a secondary market.

Those barrels, and many of the barrels used by distillers and brewers around the country, come from Minnesota — from a small company called Black Swan Cooperage, in Park Rapids. You might imagine that with bartenders, chefs, confectioners and brewers scrambling to get their hands on barrels, young craftspeople would be popping up to supply the demand for local barrels, using wood from nearby stands of forest. But it’s not quite that simple.

If there were thousands of coopers — barrel-makers — in America 100 years ago, enough to have a Coopers Union and a monthly publication dedicated to barrel-making news, it’s basically a vanished art now, gone the way of the stagecoach driver, the Linotype operator or the milkman. ‘(Containers made with stainless steel, plastic, paper and cardboard all helped to replace barrels.) Heidi Karasch, owner of Black Swan, says there are only “24 or 25” cooperages in the U.S. right now. Black Swan, which has a staff of 17, has been in business for five years, and the cooperage’ makes somewhere between 30 to 60 barrels a day, depending on the size of the barrel.

Building barrels is not simple. The right kind of wood has to be split, dried and formed into thin staves, then hooped, heated, made pliable and formed into shape. And then the interior’ is charred. Though Karasch says several parties interested in opening their own cooperages have taken tours of the Black Swan facilities, the idea usually fizzles out after people learn what goes into the process.

‘It’s not like you can go to Home Depot and buy what you need to make barrels. Most of our equipment is at least 50 to 100 years old.”

“It’s extremely cost prohibitive, so it’s not something you can just jump into,” says Karasch. “It’s not like you can go to Home Depot and buy what you need to make barrels. Most of our equipment is at least 50 to 100 years old.”

As much as antique equipment and hard-to-come-by expertise impede the growth of any would-be cooperages around the country, there’s also a shortage of wood (particularly the sought-after American white oak used for whiskey barrels), causing ripples in the supply-and-demand economics of barrels and booze. In recent weeks, the price of oak barrels has reportedly doubled in some markets. Some guess the shortage of American white oak combined with the boom in distilleries has caused the spike. Others whisper that the big whiskey producers are buying up the barrels to choke up competition from the little guys. You can expect to pay more for that bottle of small-batch bourbon in the coming years.

Meanwhile, even if it’s unlikely that regional cooperages will become as common as local coffee roasteries, there are signs that craft brewers and distillers are affecting the market for barrels, which could mean more locally sourced barrels. In March, Oregon’s Rogue Ales and Spirits announced, in a partnership with a regional cooperage, that they would begin making their own barrels using white oak from groves less than 100 miles from the brewery.

It only makes sense that food and drink makers interested in the barrel-aging process would seek barrels made of wood from nearby forests. Oenophiles have long understood the concept of terroir — the subtle and almost mystical ways that things like minerals in the soil and water, air quality, micro-climates and other intangibles shape the specific flavors of wines produced at different vineyards. Surely brewers and distillers and the makers of barrel-aged maple syrup would want to use wood from where their products are grown and made, so consumers can taste it.

A few enterprising distillers already do. In some cases, says Black Swan’s Karasch, distilleries will harvest local timber and then have it shipped to Minnesota so that the cooperage can craft barrels from that wood, and the spirit-makers can say that everything — from the wood for the barrels and the grain for the spirit — is grown from within 100 miles of the distillery.

Chris Burnette, president of small-batch Coulter & Payne Farm Distillery in Union, Missouri, doubts that people could necessarily taste the difference in bourbon aged in, say, a barrel made from wood grown in Michigan versus a spirit aged in a barrel made from oak grown in Missouri. But because of the distillery’s prime spot amid the heartland of American white oak, the wood prized for barrels, and its proximity to two of the largest cooperages in the U.S., Coulter & Payne uses barrels made nearby from wood harvested very close to where the grain is grown. And Burnette estimates that about 60 percent of the flavor in a barrel-aged spirit comes from the wood.

“Because we get our wood from so close and we grow everything ourselves, we’re in a unique position,” says Burnette. “When you taste a bottle of our stuff, you’re tasting our farm.”

Tuthilltown already sources all of its corn and the majority of its rye and wheat from farms within a 10-mile radius of the distillery. “It would be great to have someone producing barrels locally,” says Tuthilltown’s Erenzo. “If people started to play around with different types of wood, we would certainly be open to it.”