How a simple bag is helping African farmers save their crops from pests. 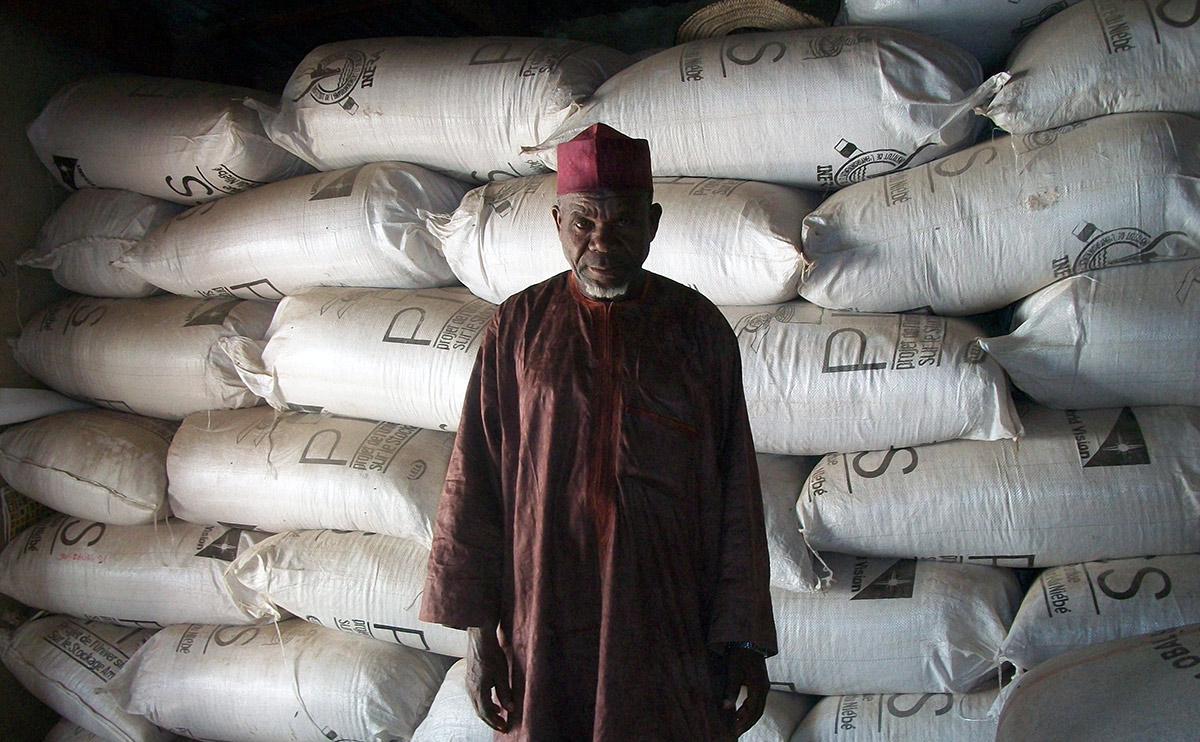 Since 2007, through the Purdue Improved Crop Storage (PICS) project, Purdue University and the Bill and Melinda Gates Foundation have been working to revolutionize how farmers in Western and Central Africa store their crops after harvest.

With nearly $23 million invested already, the foundation recently announced another $10 million in funding to allow the technology to be expanded into Eastern and Southern Africa.

Without proper storage farmers can lose half their harvest to pests because they have no way of keeping the bugs from consuming their surplus — aside from harsh chemicals.

Without proper storage farmers can lose half their harvest to pests because they have no way of keeping the bugs from consuming their surplus — aside from harsh chemicals.

“In the short term pests aren’t really an issue, but as they reproduce their numbers grow exponentially until all the food is gone,” says Larry Murdock, professor of entomology at Purdue and lead developer of the PICS project. “If you arrest reproduction, the bugs will die off and the food will be safe.”

The chemical-free storage method relies on a specially designed, multi-layered, hermetic bag that can keep food fresh and free from pests for more than a year after harvest. Murdock says on average, farmers use the bags three to five times before they wear out, and even after that span he says he has seen the used bags re-purposed in inventive ways.

“There are two very important aspects of the project aside from being successful storage containers: one, that the bags are manufactured in Africa, creating various spin-off jobs; and two, that costs are kept low. We’ve been successful at both so far.”

At $3 a pop, the bags give farmers the ability to store their crops, allowing them to sell it over the course of the year. As prices rise, after harvest-period lows, farmers can then sell their goods at a higher price.

While the first PICS project focused on storing cowpeas ”“ better known in the U.S. as black-eyed peas ”“ in Central and West Africa, the new grant will allow the technology to be expanded for use with dry grains such as pigeon pea, peanuts, maize and sorghum.

All thanks to a simple farm sack.

Related
MTMF
The Birth of Farm-to-Table Cooking on the Swedish Island of GotlandJacob Dean
Lifestyle
The Best Holiday Gifts Come Straight From the FarmEmily Baron Cadloff
Lifestyle
Why Are Barns Painted Red?Thomas Durant Visser
Lifestyle
5 Great Shows About Farming and RanchingEmily Baron Cadloff
wpDiscuz
We use cookies on our website to give you the most relevant experience by remembering your preferences and repeat visits. By clicking “Accept”, you consent to the use of ALL the cookies.
Cookie settings ACCEPT
Privacy & Cookies Policy