Photographer Lindsay Blatt makes a film about the incredible half-wild horses of Iceland. 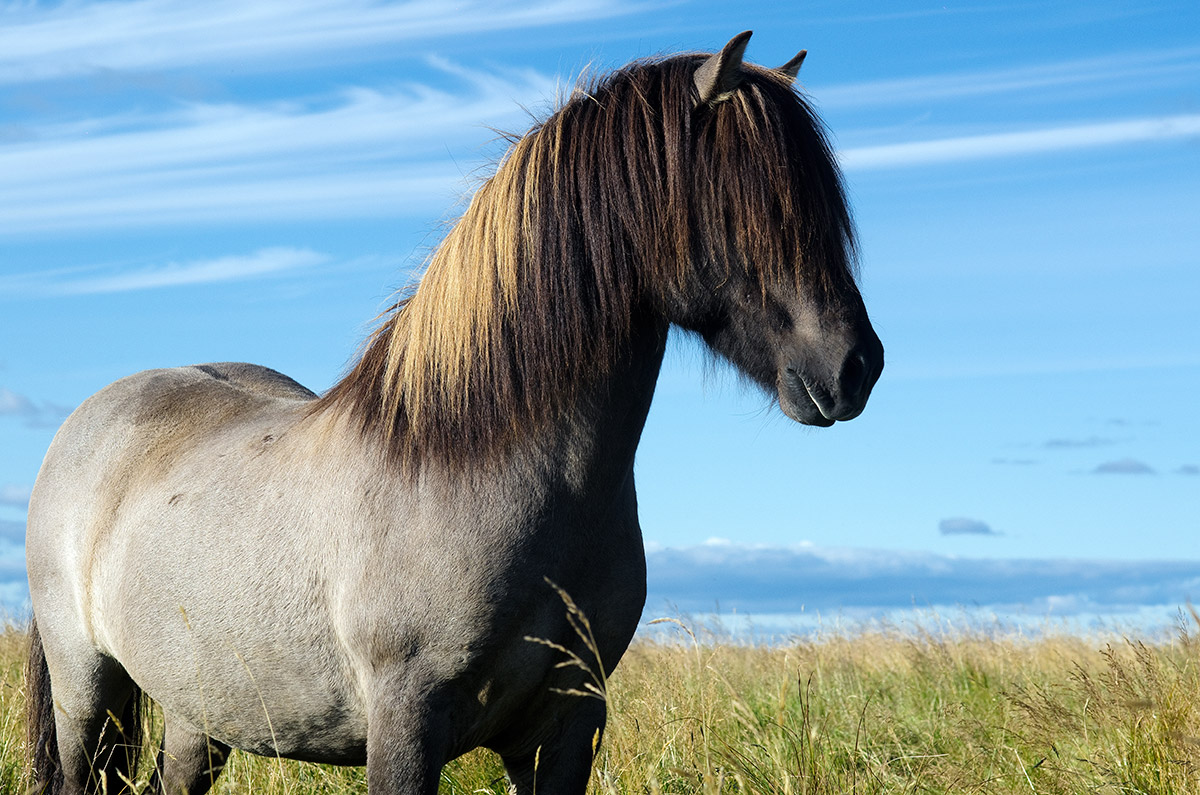 “I have that passion for horses, once it’s in your blood stream you can’t shake it,” she says. “And Iceland. I have always had this visceral reaction. As a child, if I heard that word, I was like, ‘What is that place?’”

So she decided to make a documentary about Icelandic horses.

She and co-director Paul Taggart marched up mountains laden with equipment, filmed under umbrellas and on horseback and, two years later, completed the 30-minute documentary “Herd in Iceland,” which will air on PBS in September 2014.

“There are only about 300,000 people in all of Iceland,” says Blatt. “And about 100,000 horses. Geographically it’s about the size of Kentucky. So that’s a pretty small area with a lot of horses and not a lot of people.”

For centuries Icelandic horses have lived half wild and half tame. In the summer farmers drive them to the highlands, where they live without human care for months. Owned by both farmers (who sometimes keep as many as 100) and city dwellers (who board animals at local farms), rural and urban Icelanders combine forces to gather the herds from the mountains over two weeks in September. They flow into pens and are sorted, some returning with foals that owners are seeing for the first time ever. Owners know their horses by sight.

Icelandic horses are compact and colorful with shaggy manes and tails. They are worked on farms, exported, ridden in competition and used for agritourism. They are also eaten. Without culling, the horses would overpopulate, exhaust the resources of the land and starve.

It wasn’t difficult for Blatt, a vegetarian, to accept the reality that some horses’ lives end at the dinner table.

“If I knew all animals were living out in the mountains in the wild and then taken care of really well in these huge pastures when they’re on the farm and had this really nice life,” says Blatt, “I wouldn’t have such issues with eating meat.”

While most horses have four gaits (the walk, trot, canter and gallop), Icelandic horses have two additional gaits, the tÁ¶lt and pace, both known for their speed. To protect the unique characteristics of the animals, the import of horses to Iceland is forbidden. If a horse leaves the island, it can never return.

“Everything about their personalities makes you think they’re going to be these lackadaisical things,” says Blatt. “But once you get on they just go.”

During the roundup, those gathered sing, play accordion and dine together.

“This is one of the best weekends of the year,” says one horse tender in the film. “What we live for, basically.”

What’s the best time and price to visit Iceland?