Meet Irma Harding, the Once and Future Face of American Refrigeration

Irma Harding is making a comeback as International Harvester revitalizes their brand with this iconic homesteader as the face of their advertisements. 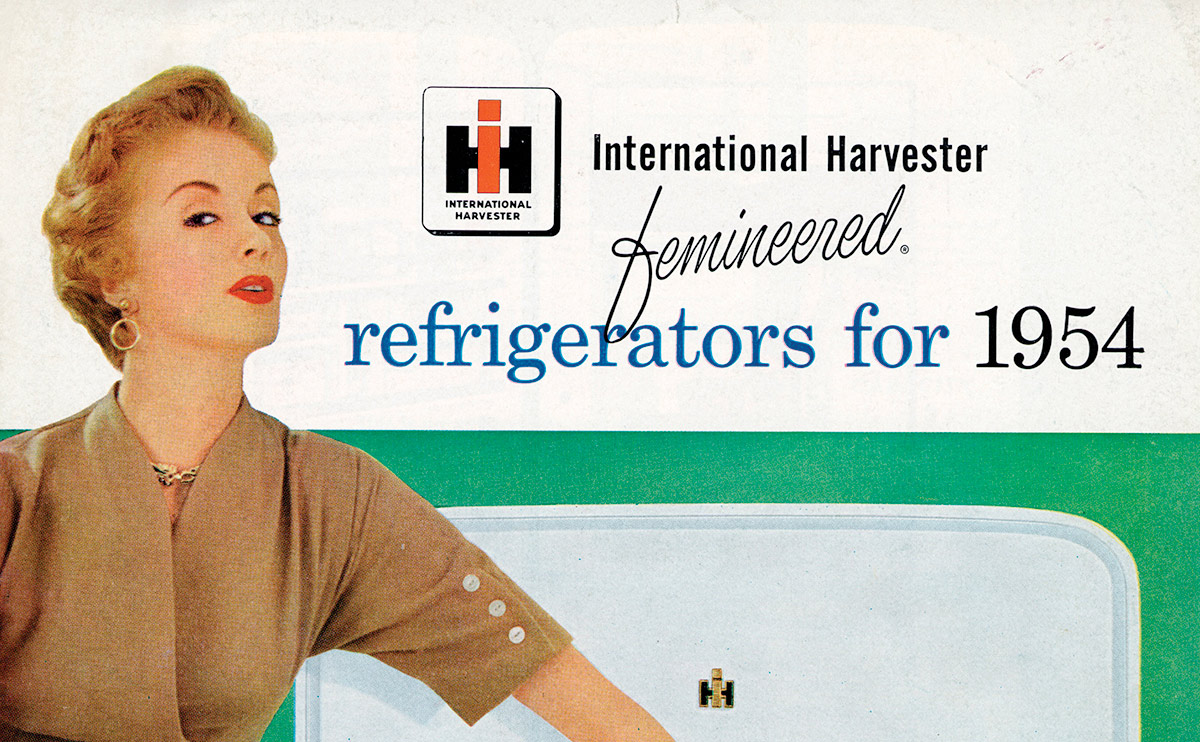 By 1935, President Franklin Delano Roosevelt was determined to put rural American on the grid. He created the Rural Electrification Administration, and a farm-equipment manufacturer seized the unexpected opportunity. International Harvester‘s tractors may not have been well-known in major cities, but in the American heartland, they had brand recognition, consumer confidence, and distribution in place.

But when it came to sales and advertising refrigerators to farmer’s wives, International Harvester started from scratch. They took notes from successful brands like Quaker Oats and Betty Crocker, and before long, sales teams made up entirely of women were spreading the gospel of Irma Harding. 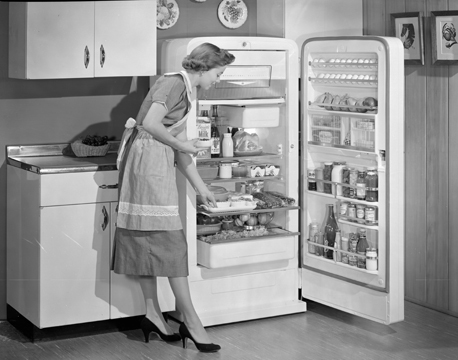 “They’re femineered!” exclaimed advertisements passed out by saleswomen who were given cars and unleashed on the Midwest. Many of their customers were unfamiliar with modern freezing, and were receptive to demonstrations and cookbooks. They also sold related products, included flat packed, heavy waxed-paper freezing containers – a precursor to Tupperware.

But who was Irma Harding, the progenitor of rural convenience? She wasn’t a woman of local fame, the kind whose pies won the annual county fair.

In fact, she wasn’t one woman at all, but likely four or five. And now she’s back.

Zelma Purchas and Olive White, who worked in the International Harvester’s home-economics department in Evansville, Indiana, were often photographed in test kitchens, and those images made their way into the company’s internal publication, which eventually reached Haddon Sundblom. We can thank the artist for Aunt Jemima, Coca-Cola’s Santa Claus, and pin-ups, among other iconic images.

In Sunbloms’ artistic rendering of Irma Harding, she seems competent and strong, in her Sunday best, with a proud, inviting smile that appealed to farmer’s wives. She quickly became a name they trusted, and even relied on, but International Harvester’s sales couldn’t make up for mismanagement. By the 1950s, the plant in Evansville belonged to Whirlpool, and International Harvester’s main competitor, Case, would snatch up the rest in the 1980s.

And now Irma Harding’s back. Sarah Pickett, Case IH’s Licensing & Merchandising Manager, had long noticed the collectables tucked away in her colleague’s offices, and took to the company’s archives in search of more information. By 2009, she was looking for traces on the Internet, and stumbled upon a small farming blog in Seattle. In a post, two women hoping to perfect the art of freezing excess eggs on their land were quoting Irma Harding’s instructions. To Pickett, this was the first sign that the brand still had an audience, and a nostalgic one at that. There were other posts and essays speaking to the image itself, and how reminded adults from the Midwest of their childhood, and most importantly, for the look and feel of their mother’s kitchens.

Under the original International Harvester brand, Case tested the waters in 2012 with slow-roasted, salted Virginia peanuts, “a wholesome snack” they packed in a vintage style, 20 ounce can for $7.95. From there, they began offering placemats, on which to rest matching plates and cups, along with serving trays, tote bags, and t-shirts. Of course, an image laden refrigerator can be purchased for $329.95, as well as a compact version for $206.95. While they don’t seem to be offering recipe books for free, they do sell Marilyn McCray’s cookbook, “Canning, Pickling and Freezing with Irma Harding” for $19.95. All of the items are available on the Internet, and a few local stores carry select items in the Midwest.

The reach of Irma Harding’s “folksy expertise” is still being determined, but Case’s legacy side of the licensed merchandise is set to release a few more products in the future. The peanuts will be rereleased in a burlap bag, followed by a calendar featuring recipe cards from McCray’s book.