There’s Always a Job for a Herding Dog

Herding dogs are the most employable Americans around. 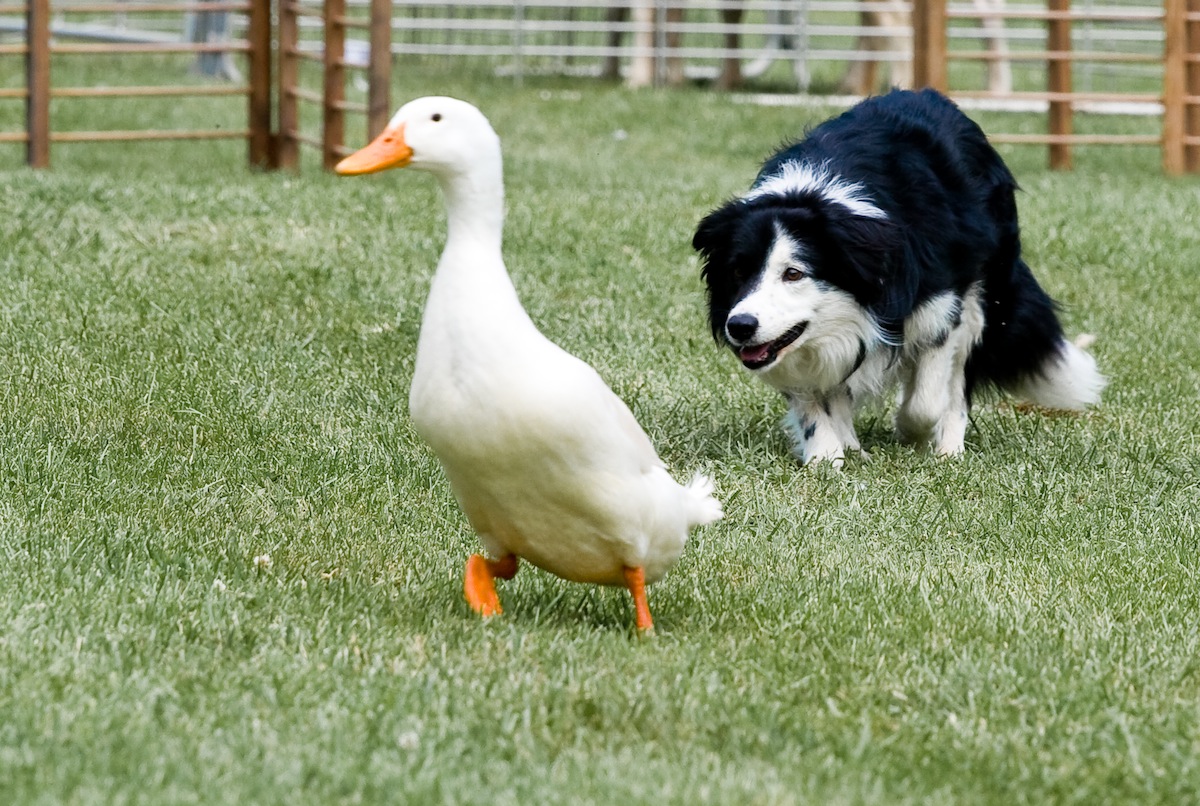 They are still used to herd sheep, hunt and guard livestock ”“ jobs that have been theirs for thousands of years. And dogs are now used for jobs that their forebears could not have dreamed of – going into combat with Special Forces operatives, or, say, being employed at an airport.

Herding dogs have been particularly good at getting jobs. They are a classification that includes famous working breeds like the German shepherd, the border collie, and Australian shepherd.

These highly intelligent, trainable breeds have such a strong instinct for herding that off-duty dogs have been known to gently round-up small groups of children or even their owners.

Herding dogs and sheep are an obvious pairing. But what about dogs and goats? Goat lawn services are a rising industry in the eco-conscious millennium. Noisy, gas-eating lawnmowers are replaced with animals that are happy eating shrubbery all day long. Goat Green LLC offers the services of 11,000 goats to businesses and homes throughout the western United States. While the company wouldn’t exist without goats, owner Donny Benz relies on both guard and herding dogs to keep them in line.

“When we first started we didn’t have border collies so it was really tough and hard to do,” he said. “We would move fences and keep the goats inside the fencing so you would never let them out ”“ if they did, you had to chase them on foot.” Today they have seven Border collies of mixed ages ”“ the wiser old dogs teach the younger, faster dogs so Goat Green always has a trained team.

Dogs can herd sheep and goats because the ruminants are herd animals that naturally travel in a flock – but they are not the only kind of animals that do this. Often-troublesome Canada Geese also exhibit a flocking instinct, making them the newest recipient of the working dog’s predatory stare. A recent study in the American Journal of Microbiology reported that beaches “treated” with border collies had a significantly lower presence of E. coli than control areas. Companies with names like Goosebusters or Goose-Off have sprung up to take advantage of contract goose removal services.

Brandon Smith, a lifetime border collie owner, runs a business called B&B Goosebusters in Washington state. “You have them as a pet and then you transition over because they’re naturally working dogs,” he said. Though Smith is happy to put in the hours to train his two dogs, ridding areas of geese can be hard to do with herding dogs. “You don’t want a herding dog; you want a chasing dog.” As with most breeds, it’s simply a matter of selecting a pup with the right temperament for the job.

The Southwest Florida International Airport in Fort Meyers has owned a bird dog since 1999 to keep the runway clear from geese and other birds that can cause severe safety issues for planes. Sky, their current bird dog, (the first two were Jet and Radar) works in shifts with two handlers in the airport’s operations department. “It’s considered a Port Authority employee,” said Barbara-Ann Urrutia, an airport spokeswoman. “We pay for food and shelter as well as the dog’s previous training.” A flock of geese might ignore humans but not a charging collie headed their way. Dogs are a predator and therefore a threat.

Herding dogs’ tough side might be part of why they’re commonly used in combat and security. Though you’re unlikely to see a border collie working in a K-9 unit, other members of the herding group like German Shepherds or Belgian Malinois have been an official part of the armed forces since WWII. These dogs are valuable tools to the military. As military dog trainer Michael Ritland writes in “Navy SEAL Dogs”, “The Navy invests well over $50,000 in the acquisition, training, and handling of a single dog… before the animal gets deployed with its handler.” Though it’s unlikely these dogs use their herding instincts in battle, they’re so tough, trainable, and adaptable that they’ve become the ideal combat dog.

Turns out that no robot has yet to replace man’s best friend.

“Herding dogs have various jobs throughout America,” B&B Goosebuster’s Brandon Smith said. “They have collies in the Navy that remove geese from the runway 365 days a year. Down in Florida they’re doing search and rescue. They’ve really evolved. They can be put in any job and they excel at any job you ask them to do.”