Garden, Meet Edyn: How the 'Internet of Things' Has Moved Outside - Modern Farmer
Animals, Plants, Technology

Garden, Meet Edyn: How the ‘Internet of Things’ Has Moved Outside 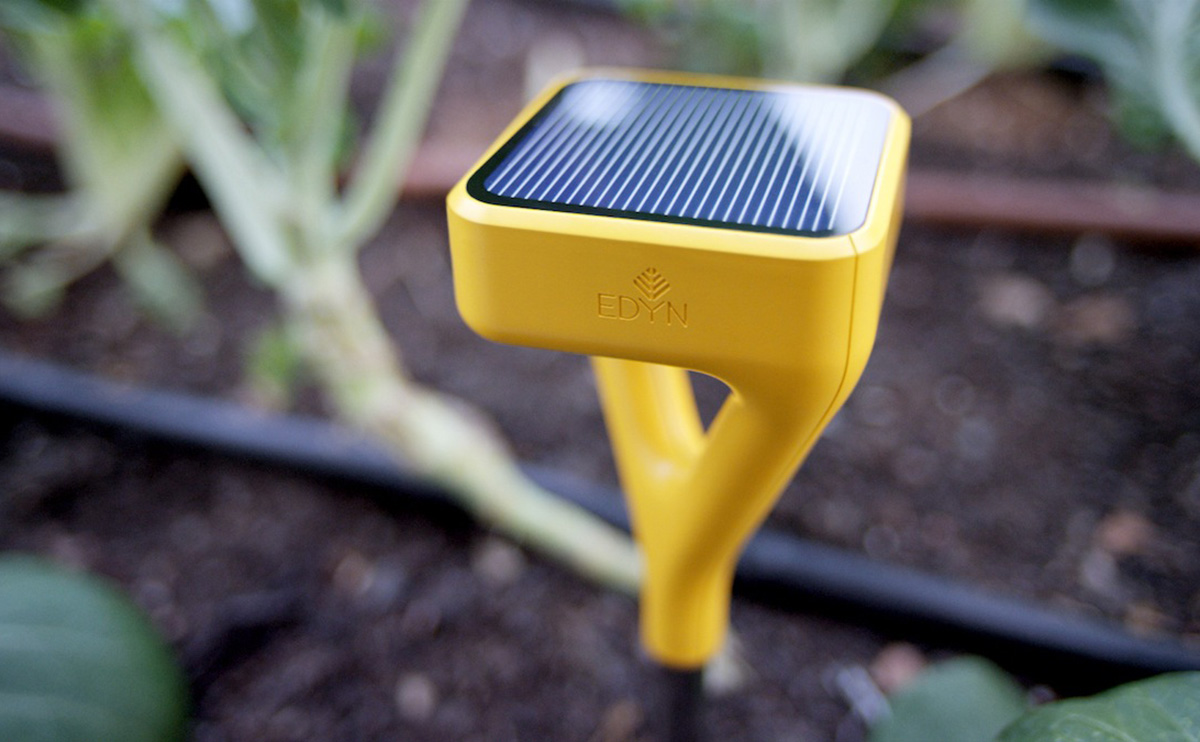 Edyn crept out of stealth mode today, launching a Kickstarter campaign (goal: $100,000) and revealing their modern-design solar powered garden sensors and water valves. The idea is that using Bluetooth and a house’s WiFi, the devices will feed data straight from the soil to your phone in order to monitor tomatoes, basil or whatever else is in the garden. Sensors test the soil. For the water valve, if the crops are getting a little dry, tap a few buttons on the iPhone from work and give them a drink, or the software does so automatically.

The target demo of Edyn: Busy folks that have an interest in fresh produce but can’t always get to their garden. “A lot of people are passionate about food but simply don’t have the time,” says CEO Jason Aramburu.

“The Internet of Things” has become a catchall term to encompass anything with a sensor and a connection. But the definition of “thing” has almost no limits. A chair could tell you when its joints are dangerously weak, a toilet brush when the bacterial levels are too high.

Farmers with big plots of land have used sensors for some time but as costs of circuitry and wireless communication dropped, so too has the cost of bringing those tools to the more casual gardener. Not to mention the sensors built by Do-It-Yourselfers with Arduino microcontrollers, have opened up a new world of garden management. 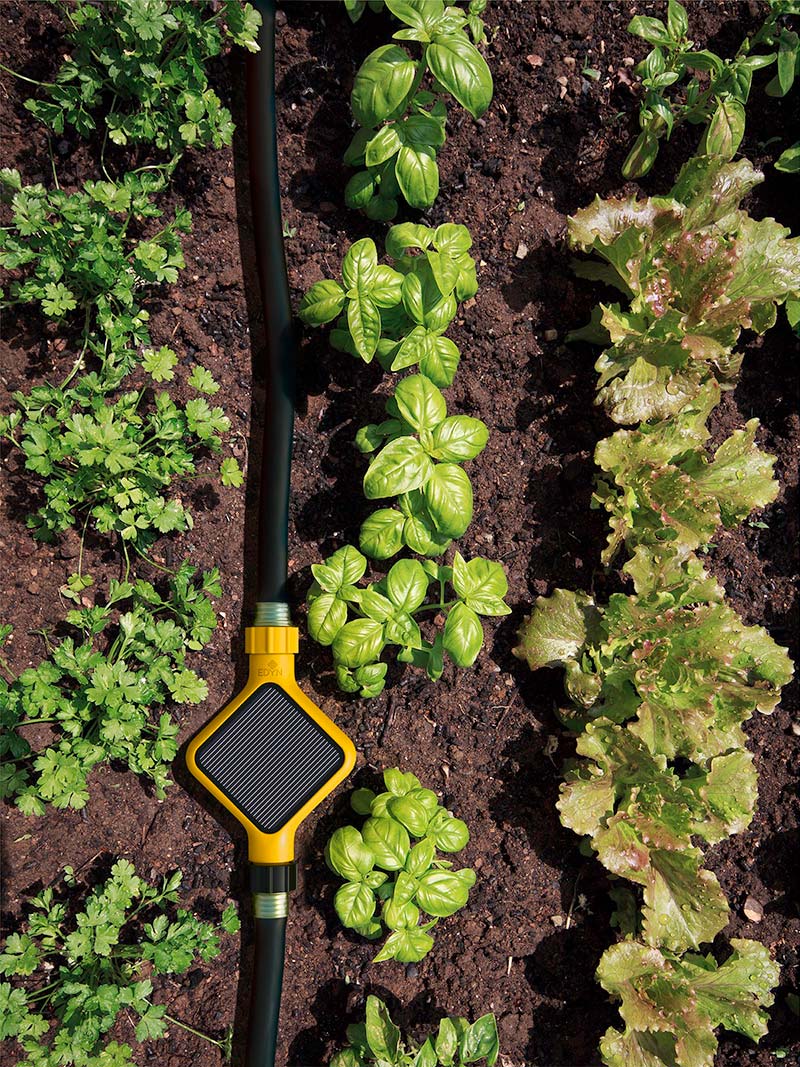 One factor that fuels a lot of the tech-and-garden bloom is that while Silicon Valley (and nearby areas) is full of engineers, it’s also full of foodies. Those foodies want new ways to get fresh fruits and veggies and since they don’t have room for farmland, they look for ways to get the most out of tight living quarters. So you get Palo Alto-based companies like Click and Grow making “NASA-inspired” herb gardens that fit on a kitchen counter. When the company asked the Kickstarter community for $75,000 to get off the ground, people ended up donating over $625,000.

For most pieces of technology the equation is simple: First comes function, and then comes form. Take thermostats. People had dials or keypads on the wall that looked roughly the same for decades. But then a few years ago came Nest, which made them controllable from a smartphone. Not only that, but founder Tony Fadell’s had spent half a decade designing Apple’s iPod and injected that focus on aesthetic into Nest’s thermostat and smoke detector. The company showed quick success and Google bought the company in January for the tidy sum of $3.2 billion.

Garden sensors are no exception to this trend. Parrot, often known for its AR.Drones, and Koubachi (neither located in the Bay Area) make slick garden sensor competitors to Edyn. But Edyn is bringing its own firepower. Yves Behar, the chief creative officer for Jawbone and often considered a leading voice in the field of design, has invested in the company and has been the driving force behind the product’s look and feel. 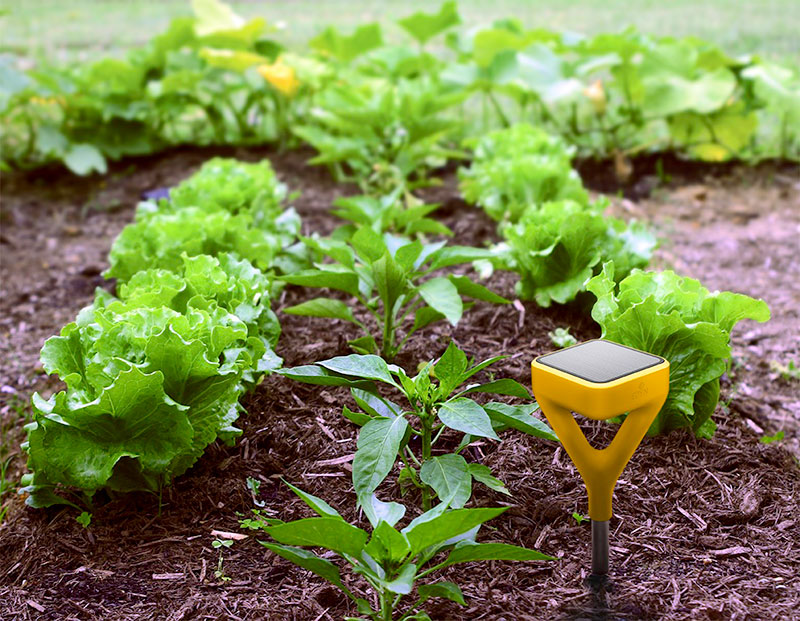 It’s not hard to see how the smooth curves and warm colors want to stand apart from decades of clumsy buttons. And for urban foodies who might have a little more disposable income, the $99 price tag ($149 for the sensor and water valve combo) could justify avoiding the exposed wiring, two-toned screens or clunky software of many traditional garden sensors.

In fact, the only power supply for the sensor is the small solar panel that sits on top of the unit. Otherwise the devices are controlled straight from an app. And just like an Apple product, the company plans to ship the devices in stylish and elaborate packaging — all to make the unwrapping that much more exciting. In the tradition of Silicon Valley hype: Edyn may be the next step of evolution. Could the Singularity start in in your garden?