The Most Famous Farm Dog: Lassie

Author Ace Collins talks with us about why the famous farm dog Lassie has resonated with audiences for over 50 years. 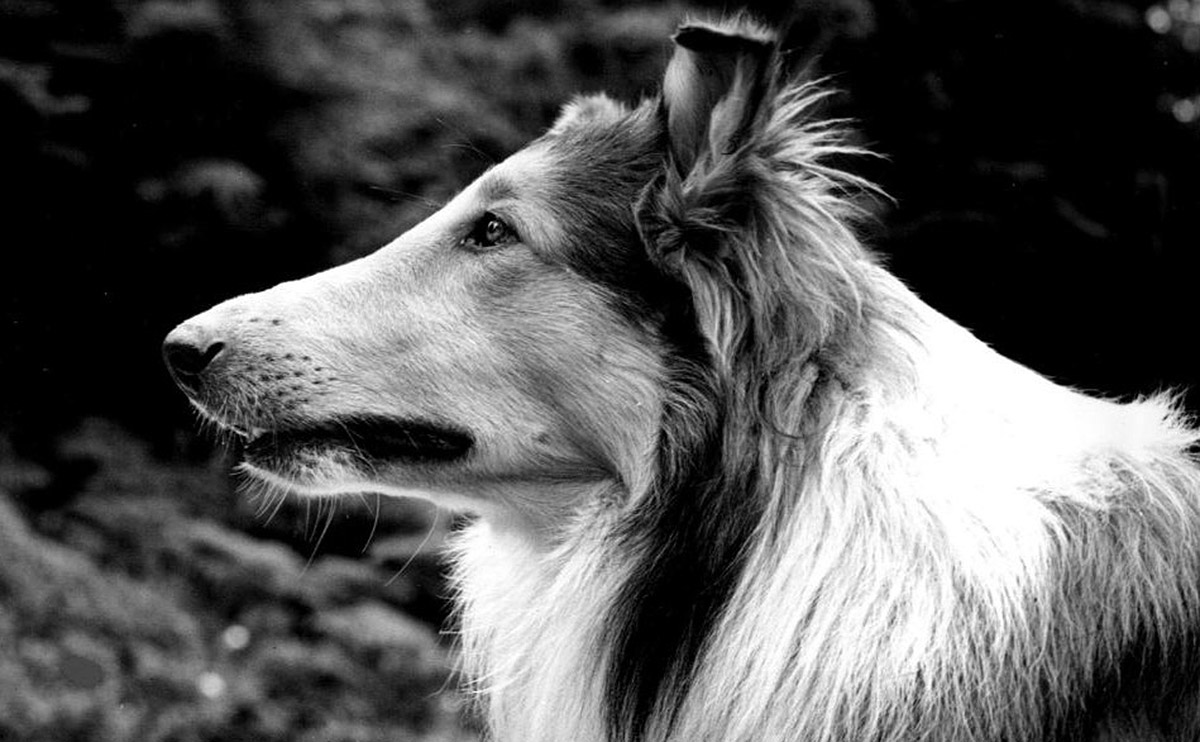 Modern Farmer: Lassie is the most famous fictional farm dog that ever existed, but the history of where Lassie came from is a little bit unclear. What was the first instance of Lassie in popular culture?

AC: Well, Lassie was born in a short story in 1939 in The Saturday Evening Post written by Eric Knight. Knight was an American citizen who had come from Britain. He was a freelance writer and well respected journalist, and he had been sent back to England to report upon the desperate times during the war; people were suffering so much that they had to sell their prize dogs to keep going. And he came back from witnessing that and looked at his own collie and created this story “Lassie Come Home.” That story received so much response in The Saturday Evening Post, that he was approached to flesh it out into a novel. That became a best-selling novel. From there, MGM bought it as a B-picture.

MF: What do you mean by B-picture?

AC: A-pictures were the front run pictures, the pictures that closed the night. Things like “Dark Victory” or “Gone With The Wind” or “Stagecoach.” They had the big stars and the big budgets. B-pictures were lesser budgets with lesser stars, and they were usually the first movies shown in the theater on the night, and then you would have the newsreel and the cartoon and the big feature.

So “Lassie Come Home” was intended to be a B-picture. They looked at over 200 different dogs to play Lassie, and finally picked a show-winning dog. They were trying to film a middle sequence where Lassie has to swim across this wide expanse. Rudd Weatherwax, who had trained a number of dogs in Hollywood, was trying to work with the dog that they had hired, and the dog simply was not very good — he would not get in the water, he didn’t want to swim in the water.

Well, Rudd had a dog named Pal at his kennel that was a collie; it was just a dog that the owner had left so that Rudd could break the dog out of the habit of barking and chasing motorcycles. Then the man decided that he didn’t want the dog back, so he stuck Rudd with it. Rudd had no use for a collie, but Pal was an intelligent dog, and he knew that Pal was athletic. So to save the movie scene, they had Pal swim the river, and come out the other side with beautiful acting — coming out of the side, looking exhausted. If you go back and watch the film, it’s an incredible scene in that movie.

So they said fire the other collie and hire this one, and let’s shoot it in color and make it an A-picture. So after they bumped it up to an A-picture, it became one of the most successful pictures of the year, and spawned five sequels at MGM, the next one being “The Son of Lassie”, which also introduced Elizabeth Taylor who had a small part as the child in the movie. And I think of all the Lassie movies, “Son of Lassie” might be my favorite because of the really incredible work the dog does in the film.

MF: What do you think it is about Lassie as this farm dog that really caught people’s attention?

AC: A couple of things. One, the United States after World War II was moving from a rural culture to a more urban culture, so many people that lived in the city remembered growing up on the farm. And so the image of the farm dog, of working the fields, of the barn, of the adventures they had growing up, all that rang true.

The thing that cemented it and made it really strong was the fact that there was this incredible dog who represented the dogs of their youth. I remember my father watching it because he remembered growing up on a farm in Arkansas where he had a shepherd collie named Rex that did a lot of the things that Lassie did as far as the task and what was going on. Obviously Lassie took it a step further.

One of the ironies – the standard, classic joke is “Lassie, go get Timmy out of the well.” But in the 700 episodes of Lassie over the years, no one has ever been trapped in a well that Lassie had to save.

MF: How many Lassies were there from the movie and then the TV show? How many dogs were cycled through?

MF: There have been attempts to bring back Lassie.

MF: Do you see Lassie having a chance to make a comeback in 2014?

AC: I don’t think there’s any doubt about that because the Lassie trademark has been purchased by Dreamworks, and Dreamworks is not going to purchase a trademark if they don’t think there’s a viable audience out there for it. Lassie was on “The Today Show” last Thursday morning live. Lassie was interviewed by The Oprah Network. So there’s definitely something in the works, we just don’t know what that is.

MF: So Lassie will never really leave us?

AC: I think Lassie is kind of like Elvis and Coca-Cola; I mean, I really do.

I was sitting down the other night in New York at dinner with someone who was raised in Palestine, and he grew up watching Lassie. I had a cab driver from the Sudan who grew up watching Lassie. When you look at the fact that Lassie has been in hundreds of countries all around the globe and translated into 40 different languages, in the fact that it’s syndicated worldwide still on a regular basis and people are watching it everywhere, Lassie has really never left us.

Somebody asked me who was the best role model I’ve ever met. And I said it was Lassie — no doubt! I’ve written 80 books, I’ve interviewed all these people, but when it comes down to it, Lassie represents the best a human can be. Lassie doesn’t judge; Lassie would lay down her life for you; Lassie forgives. Lassie is a better role model for humans than probably any human that’s ever been a star on television and the movies.

Where is the farm that is used with Lassie and Timmy? Where is the farm at with Jeff’s collie? Where is it supposed to take place? And when? Thank you I watched Lassie as a child, and I still love to see Lassie, I have my own stuffed lassie to hold and love as I am 66 years old now as I become more ageed I remember more happier times thank you

I grew up with Lassie. It was my favorite show as a kid. It turned me into such a Lassie fanatic that I just had to have my own Lassie during my lifetime. So finally, as an adult, I have my own female collie, age 2, whom I named Lassie, of course.