Edible Gardens Go to the Ballpark

The San Francisco Giants show off the newest trend in stadiums: edible gardens. 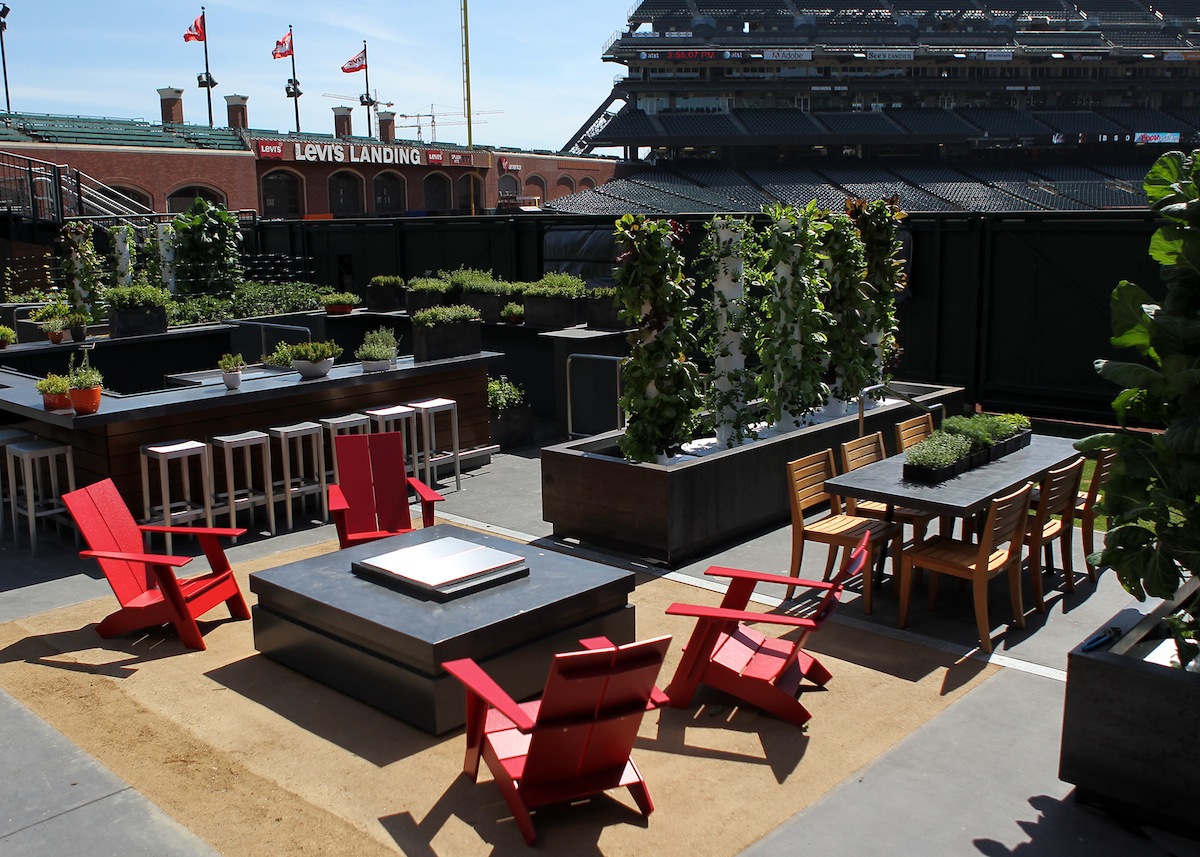 San Francisco is not the first place to do this. Groundskeepers at the San Diego’s Padres Petco Park planted edibles in 2012 behind the home team’s bullpen and the head chef uses the peppers in salsa and some of the other veggies for garnish. But the garden at the AT&T Park is making more of a splash. It may not be the first, but it’s the most ambitious to date.

Just under the scoreboard behind center field, artichokes and lavender, blueberries and avocados are growing in raised bed planters.

Just under the scoreboard behind center field, artichokes and lavender, blueberries and avocados are growing in raised bed planters. Of course, home team vegetables with Giants’ colors are prominent: orange chard and cauliflower mixed in with the dark violets and kale.

Leafy greens and spindly herbs grow on aeroponic towers, a lightweight, water-wise alternative to planters. This collaboration between The San Francisco Giants and their food service partner, Bon Appétit Management Company,with designs by Blasen Landscape Architecture and EDG, are helping fans get more roughage into their game-day diet. The produce will be used in the restaurants on-site, and to power-up Giants’ players with kale salads and smoothies.

However, the 4,320 square-foot space is not all kale and cabbage. The area also includes a bar, dining tables, benches and fire pits for fans to use. Peet’s Coffee is closing the loop by providing used grounds for fertilizer. On non-game days, school children will be learning about the strawberries and the bees.

If the edible education of children rings of the First Lady, Michelle Obama’s influence, it’s no coincidence. When the Giants visited the White House in 2013 to receive their official “congratulations” for winning the World Series in 2012, President Obama announced their plans for an edible garden. In his inaugural day speech, San Francisco Giants president and CEO Larry Baer said, “When the president said you are going to do something, you have to go ahead and do it.” Now it’s game on.