Could a virtual world allow chickens to range freely from their cage? 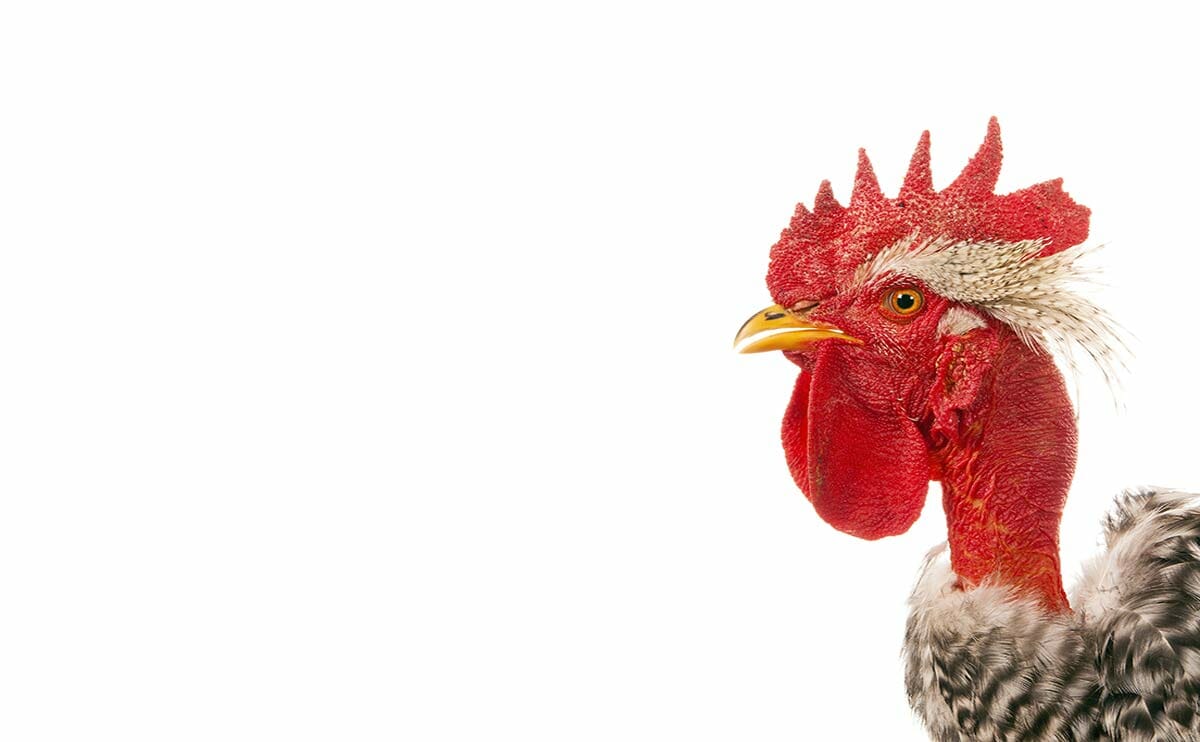 It seems like virtual reality for humans is about to take off — VR headset company Oculus Rift was just sold to Facebook for two billion dollars. The next logical market? Chickens, of course.

Or at least that’s the way Austin Stewart, a young assistant professor from Iowa State University, is thinking. Using a Oculus Rift headset, he’s designed a virtual world for poultry with the goal of opening a discussion about the future of farming.

He calls it Second Livestock — an ode to the once-popular online world of Second Life ”“ and it’s basically a free-range world wherein chickens stuck in tiny cages in factories would be able to, at least mentally, live out their lives wandering an endless field.

‘I get asked all the time, are you serious? Then I show them the set-up and tell them to try it for themselves.’

Stewart is quick to point out that this is not a fix for factory farming.

Stewart has been working on the project since 2012, but he’s only recently started shopping it around at tech shows and conventions. He says most people who attend his presentation have one question in mind when they show up.

“I get asked all the time, ‘Are you serious?’ Then I show them the set-up and tell them to try it for themselves.”

That’s right, this thing actually does exist, it’s not just a lofty, futuristic idea. By pairing a virtual reality headset with a modified yoga ball, attendees of Stewart’s presentations can experience first-hand what it would be like to be a caged chicken living a virtual free-range life.

“People don’t believe me until they’re in there, wandering around the field,” he says. “I think mainly people are just impressed with the state of virtual reality technology available these days, most people have no idea how far stereoscopic 3-D has come.” 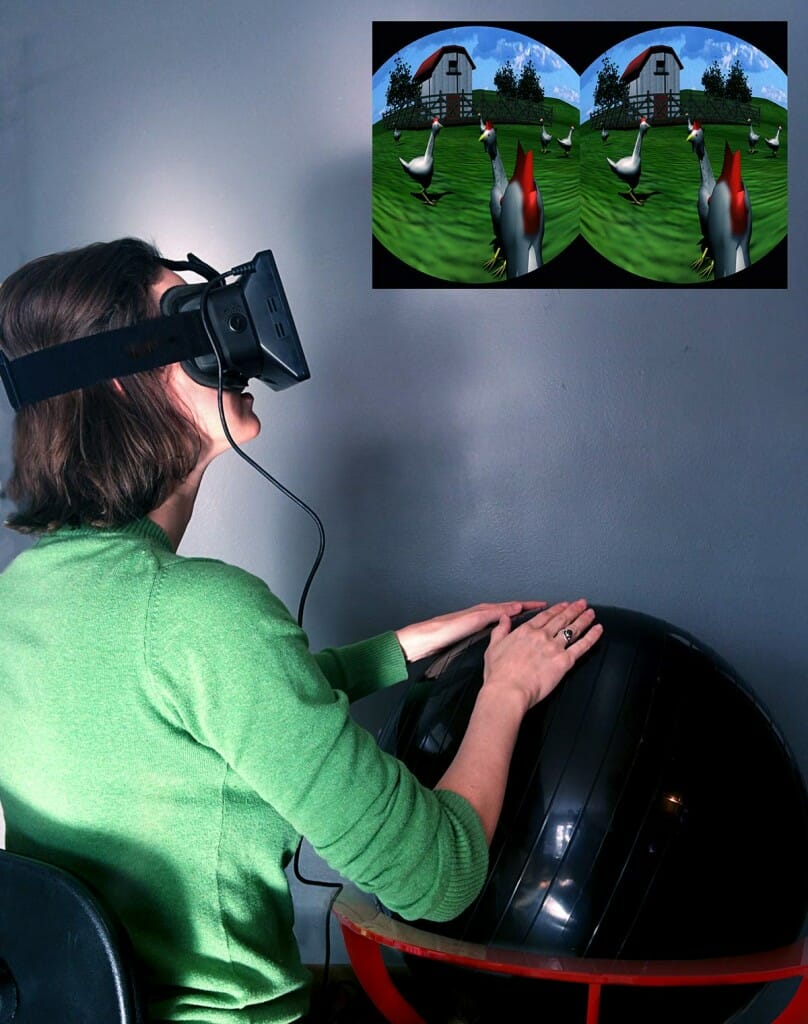 For chicken-users the bottom half of the system consists of an omni-directional treadmill (designed by Stewart) that allows the chickens to wander endlessly without leaving the confines of their cage. For the human version Stewart has replaced the treadmill with a yoga ball. By placing your hands on the ball and rolling it around on its axis, you can traverse the virtual landscape as if you had little yellow feet of your own.

By placing your hands on the ball and rolling it around on its axis, you can traverse the virtual landscape as if you had little yellow feet of your own.

Back in the real world, Stewart has no illusions to just how far out is idea is. He even admits that it’s hard to decide whether this idea is for the benefit of chickens, or humans, but he feels that it’s something that we should be talking about. In the future he wants to take the project to some national agricultural tech shows to see how big industry leaders react to his idea.

As for the future of the system itself, Stewart is unsure if or when the system will be tested on actual chickens.

“I’d be interested in partnering with a scientist if the test could done without harming the chicken, but it’s hard to say whether a chicken would accept the technology.”

Popular
The Future of Hay Drying in AmericaLindsay Campbell
How to (Actually) Get Rid of Fruit FliesEmily Baron Cadloff
7 Smokable Plants You Can Grow That Aren’t MarijuanaBrian Barth
7 New Cookbooks We’re Cozying Up With This FallShelby Vittek
6 Ways to Preserve Your HerbsLindsay Campbell
Explore Modern Farmer
Related
Environment, Technology
The Future of Hay Drying in AmericaLindsay Campbell
Animals
This Enormous, Deadly Bird Might Have Been Domesticated Before the ChickenDan Nosowitz
Can Yogic Farming Help Boost Crop Yield?Aishwarya Jagani
Plants
6 Gardening Shows to Watch for Backyard InspirationEmily Baron Cadloff
wpDiscuz
We use cookies on our website to give you the most relevant experience by remembering your preferences and repeat visits. By clicking “Accept”, you consent to the use of ALL the cookies.
Cookie settings ACCEPT
Privacy & Cookies Policy