From Quads to Plots: Colleges With Great Campus Farms

Along with gender neutral bathrooms and YikYak downloads, a farm is the hottest collegiate accessory. 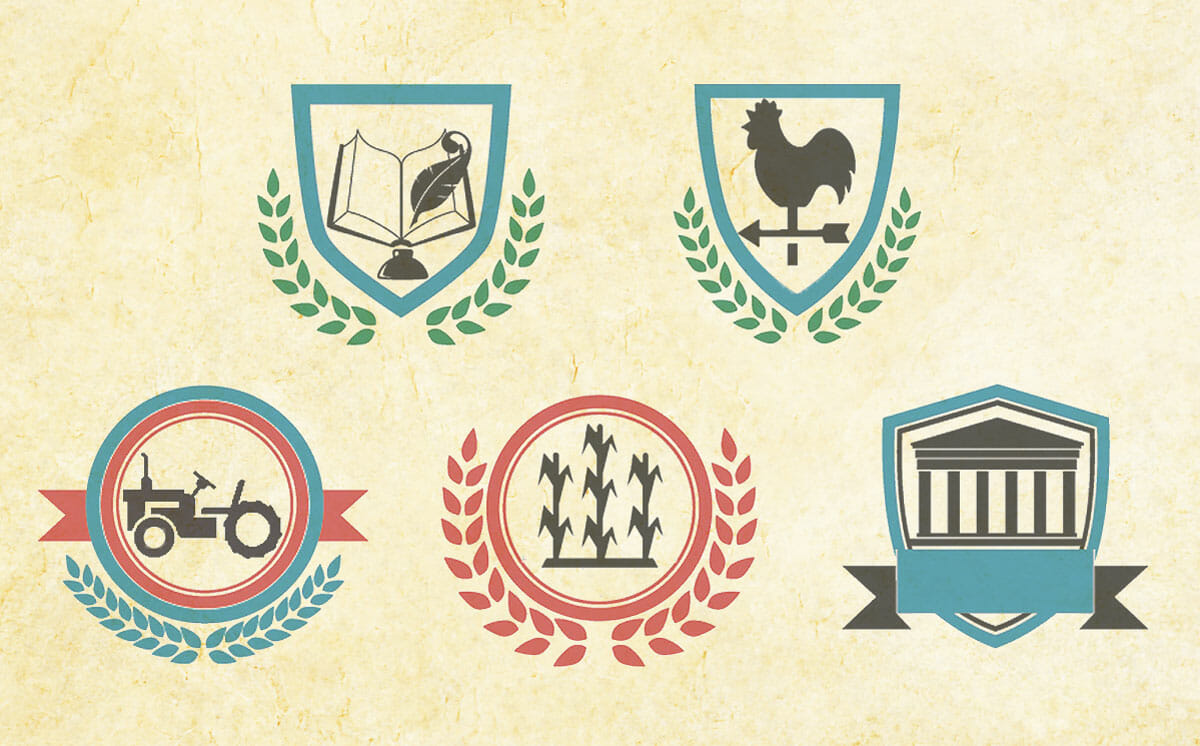 Along with gender neutral bathrooms and YikYak downloads, a farm is the hottest collegiate accessory. College farms and gardens are practically traditional by now, taking root over the last decade to teach and feed the modern undergraduate. In part, this effort is in keeping with new sustainability goals set by colleges, and in part, it’s a reaction to the local food movement within and beyond the ivory tower.

To round up a working list of exceptional campus farms at general, liberal arts colleges, we contacted the The Campus Farmers Network, a resource which grew from a downloadable student garden guide produced a few years ago. Alyse Festenstein, who helps coordinate student farmers, came to our aid. Her current role is Midwest Fellow with Bon Appétit Management Company, a large-scale food service provider whose many notable clients include Google, eBay, Johns Hopkins, and Case Western Reserve University.

“I travel to college campuses across the central United States and work to engage students in food issues and Bon Appétit’s sustainability initiatives” says Festenstein. “Throughout my travels, I’ve met inspiring students who are working the soil, growing vegetables, and cultivating food conscious campuses.”

But in no way, Festenstein stresses, is a comprehensive list – or worse, a numerical ranking – of the best college farms possible. Nor would it even be all that practical, because campus farms create individual missions for their students’ specific needs. That means each farm has its own character and cohort of ag-minded students.

With a student population of about 1,500 Lawrence is home to SLUG: Sustainable Lawrence University Gardens. A student-run, non-profit project of the university, the gardens consist of an apiary, a perennial fruit tree orchard, and garden with a 90-foot hoop house. Students also maintain a humorous blog with absurdist advice on composting etiquette and photos of bugs on the farm. SLUG runs the Community Initiatives in Sustainable Agriculture conference, of which Festenstein speaks highly.

At Duke, whose undergraduate students number 6,500, ground was broken on a campus farm in 2010. Among the project’s stated missions is placing food and crops at the heart of education. According to Festenstein, Duke has been examining the historical cash crops of North Carolina – such as cotton and tobacco – by planting them on campus, with guest speakers educating students about their historical significance. “It’s far and beyond using food as a means to engage larger discussions,” says Festenstein.

At Oberlin, a progressive undergraduate school of just under 3,000 students, the college owned George Jones Farm is leased by an organization called the New Agrarian Center. That center describes itself as a “cooperative farm incubator and educational center.” Intern-apprenticeships on the farm are popular with students, and one unique factor of George Jones is a mission to restore natural habitat to create “a truly sustainable food web that feeds people as well as wild plants and animals,” including six experimental wetlands.

At 2,000 student Carleton College, undergraduate farmers operate a 1.5 acre farm using organic techniques with drip irrigation and a hoop house. Produce is sold to the school’s dining halls, with profits funding summer farm interns. It’s all part of Carleton’s school-wide coalition, the Food Alliance, bringing together students with diverse interests in food issues from reducing waste to connecting with local growers. “They have a very tight-knit food community at Carleton” says Festenstein. A highlight of the program is the Farm Bike Tour, which includes a trip to the equally commendable St. Olaf’s College Stogrow farm.

Naturally Festenstein is a big fan of The Burning Kumquat, Wash U’s student-run garden, as she was an active member of the uniquely-named organization while a student at the college of 7,000 undergrads. “I’m very emotionally connected to it,” she says. “We started in 2007, and the garden is a quarter acre in the middle of campus right off of the residential area at Wash U, growing a wide variety of vegetables.” The Burning Kumquat’s focus rests on social justice – taking produce grown on campus and sharing it with areas of the St. Louis community that might not have access to fresh, local food. “We would bike our produce 7 miles to the North City Farmer’s Market in the summer: a great way to explore the city and get our produce out.”

Hampshire, known for its unique approach to education, wouldn’t be what it is without a thriving farm scene. In contrast to relatively recent college of 1,500 students itself, Hampshire’s farming program is longer established than most, created in the late 1970s by the school’s natural science faculty. These days, the farm offers community members CSA access to eggs, meat, honey, syrup, dairy, and hay. “They’re one of the largest farms on a college campus that Bon Appetit works with and among the most diverse in what they’re growing and what animals they’re raising.” says Festenstein. “Hampshire is also interesting because they have an internal goal of sourcing 100% of their food locally, and the campus farm is a huge part in making that a reality.”