Could Carrots Be the Carbon Fiber of the Future? - Modern Farmer
Animals, Food & Drink, Plants

Could Carrots Be the Carbon Fiber of the Future?

Are carrots the clean alternative to carbon? Two Scottish scientists think so and with their product Curran they're shedding some light on the potential of this humble root vegetable. 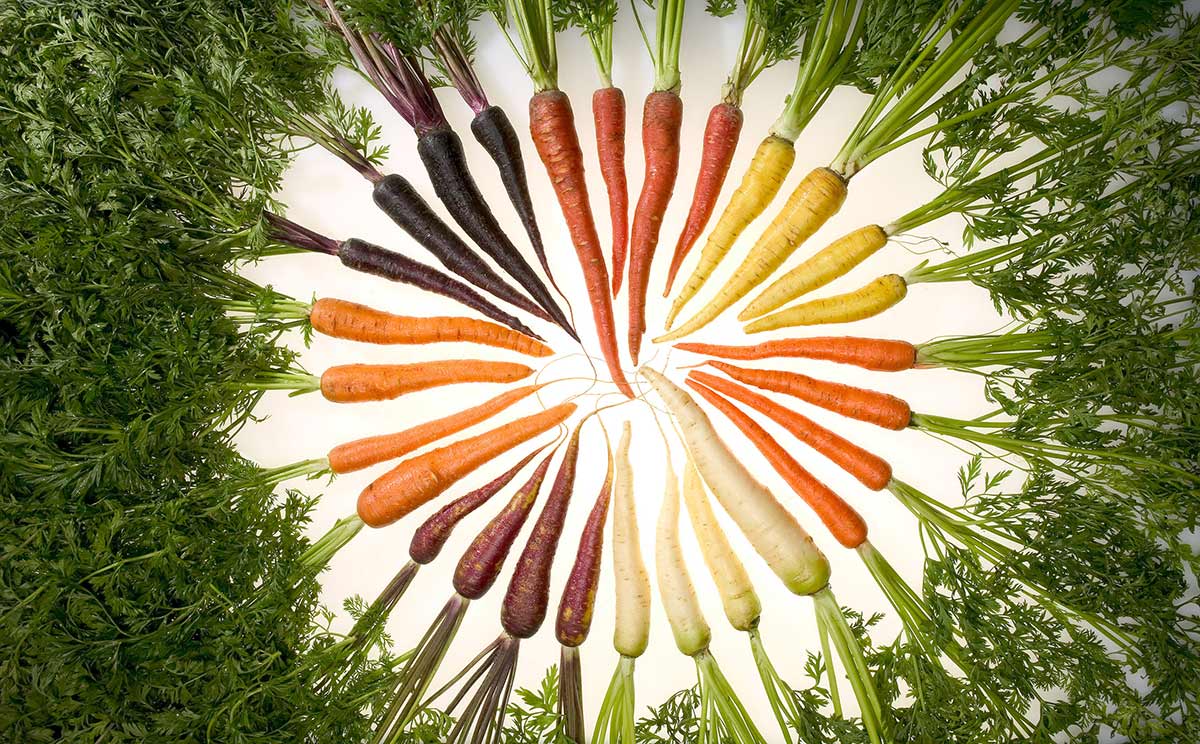 No, this isn’t some B-roll eco-fantasy of George Jetson; this is the future of material science.

Meet Curran (Gaelic for carrot), the substance that aims to add some green (or rather, orange) to the gray landscape of commercial manufacturing materials. Made from extracting cellulose – a structural compound found in the cell wall of plants ”“ from root vegetables such as turnips, sugar beets and carrots, Curran is a multi-talented organic alternative to current materials like glass and carbon fibers.

The brainchild of Dr. David Hepworth and Dr. Eric Whale, material scientists, and co-founders of CelluComp, a Scottish material company based in Fife, just north of Edinburgh, Curran differs from other cellulose-based compounds commonly derived from wood and cotton due to its ability to be easily, and cleanly, be separated from its host — and for its supernatural strength.

Christian Kemp-Griffin, CEO of CelluComp, says traditionally cellulose separation for manufacturing involves the use of strong chemicals whereas Curran production does not.

Curran can be applied as a coating, formed into laminated sheets or, in the future, spun into thread.

Reduced down from everyday carrots to a viscous orange pulp (think OJ and cornstarch), processed Curran can be used in a variety of applications, from skateboards to fishing rods and someday maybe even cars.

In 2007, while still developing the technology, Hepworth and Whale created a composite Curran fly fishing rod that ended up wining a Best of Show award at the ICAST competition (and yes, the fishing rod was bright orange).

Nearly twice as strong and slightly lighter than carbon fiber, Curran can be applied as a coating, formed into laminated sheets or, in the future, spun into thread.

Hepworth told the BBC, “the potential of Curran is enormous and if we can replace just a small percentage of carbon fiber in products the effects on the environment could be significant and wide ranging.”

“Well honestly we started with carrots because they were easy to source. We could pop into the local supermarket and buy them by the bunch,” says Kemp-Griffin. “Eventually we got kicked out of the supermarkets because we were buying all their carrots, that’s when we started looking elsewhere.”

After getting the boot from their local store, CelluComp decided to head straight to the source. Finding a local supplier they were able to strike up a deal to purchase bulk B-grade carrots, the ones too ugly to make it to market. Tapping into the massive world of agricultural waste, CelluComp was able to scale up production and broaden their horizons.

‘Eventually we got kicked out of the supermarkets because we were buying all their carrots, that’s when we started looking elsewhere.’

“Using the waste stream we are able to make our product without adversely affecting the food market, we’re using something that would usually get thrown out, or processed into animal feed,” he says.

CelluComp’s future looks bright, but not orange. The process used to make Curran can be adapted to work for many different root veggies; the secret lies in the nano-fibers found in the cellulose, not the vegetable itself. Kemp-Griffin says they are looking to move away from carrots due to supply issues.

“The future is sugar beets – that’s where we’re headed next.”