Just in time for spring, a sampling of great gadgets for farmers, home gardeners and everyone in between. 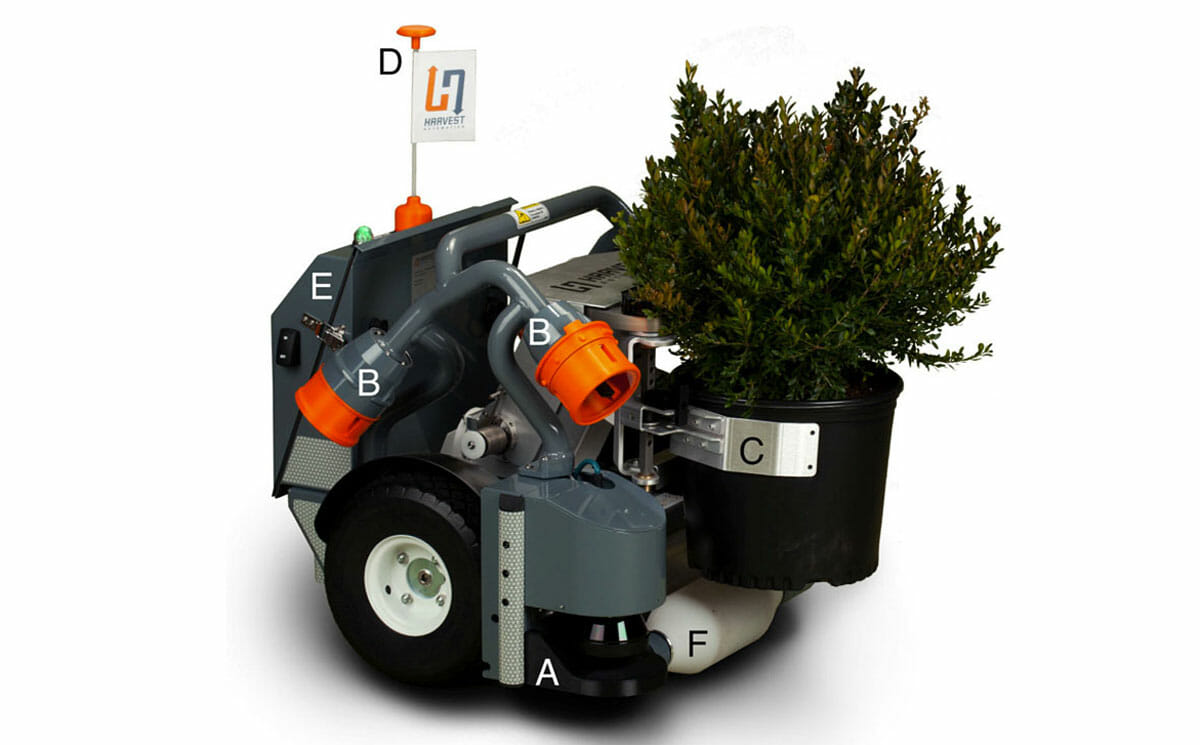 Some of these products are more James Bond than farmer John or Jane, but they all add the important element of innovation to an industry that thrives on productivity. (The great product designs simply add a bit of aestheticism to the farm – who says you can’t farm and look good at the same time?) Just in time for spring, here is a sampling of some of the best new gadgets on the market for farmers, home gardeners and everyone in between. 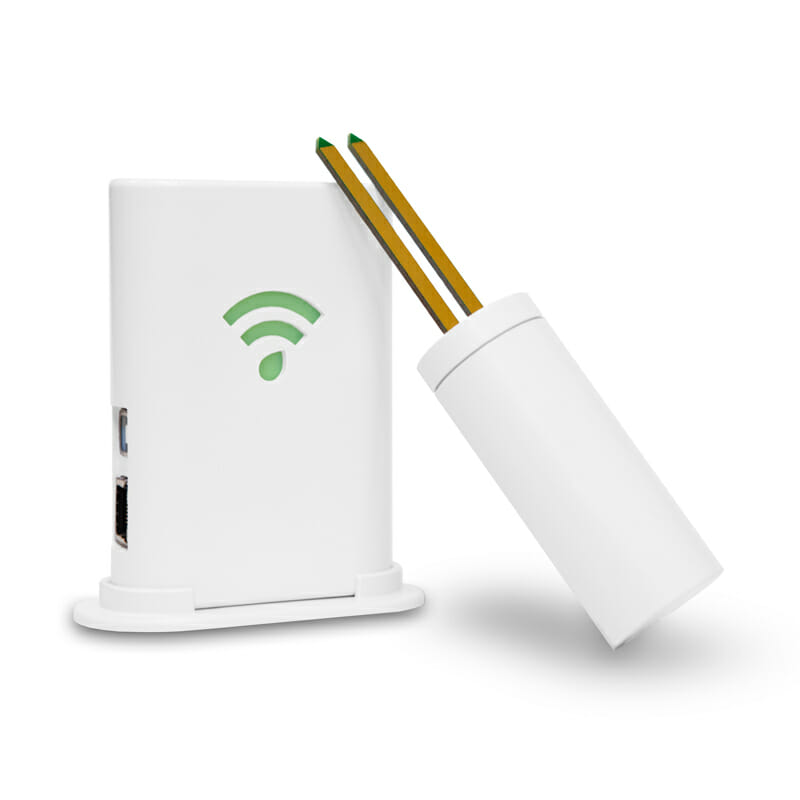 myplantlink.com, $79 for base plus one sensor

There are a few plant sensor products on the market that measure the moisture levels of plants – so growers can keep tabs remotely – as the reviews trickle in, PlantLink seems to be the most effective. Simply stick the sensor’s two prongs into the soil in your garden, or even your houseplant’s pot, and they wirelessly transmit data about the soil moisture to a base station in your home (a device a little bit bigger than a wireless router) and then to the PlantLink website or even your phone. That means growers get a ping via an email or a text message whenever their plant is in need. Whereas the other sensors rely on Bluetooth, Plantlink utilizes ZigBee standard (the same low-energy data transmitter in Nest thermostats and Hue lightbulbs) to communicate between its sensors, base station, and user. Plus, PlantLink has about 50,000 different species in an online database that will adjust the device to the grower’s plants. 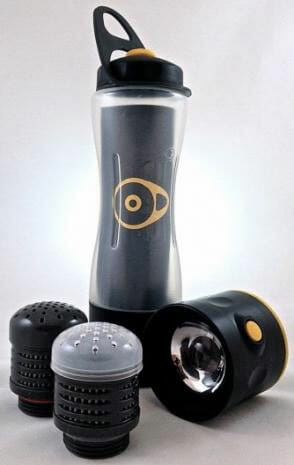 Much of the technology farmers use on the day-to-day, including GPS and cordless power tools, are a byproduct of the space race. The Á–ko Odyssey is a water bottle that utilizes a water filter developed by NASA for use on space stations that has been shown to remove 99.999% of all bacteria. Á–ko has also turned the bottle into a MacGyver-style gadget, complete with flashlight, storage space, and emergency strobe. Perfect for those long days out in the field when you need to carry all your tools (and refreshment) with you. 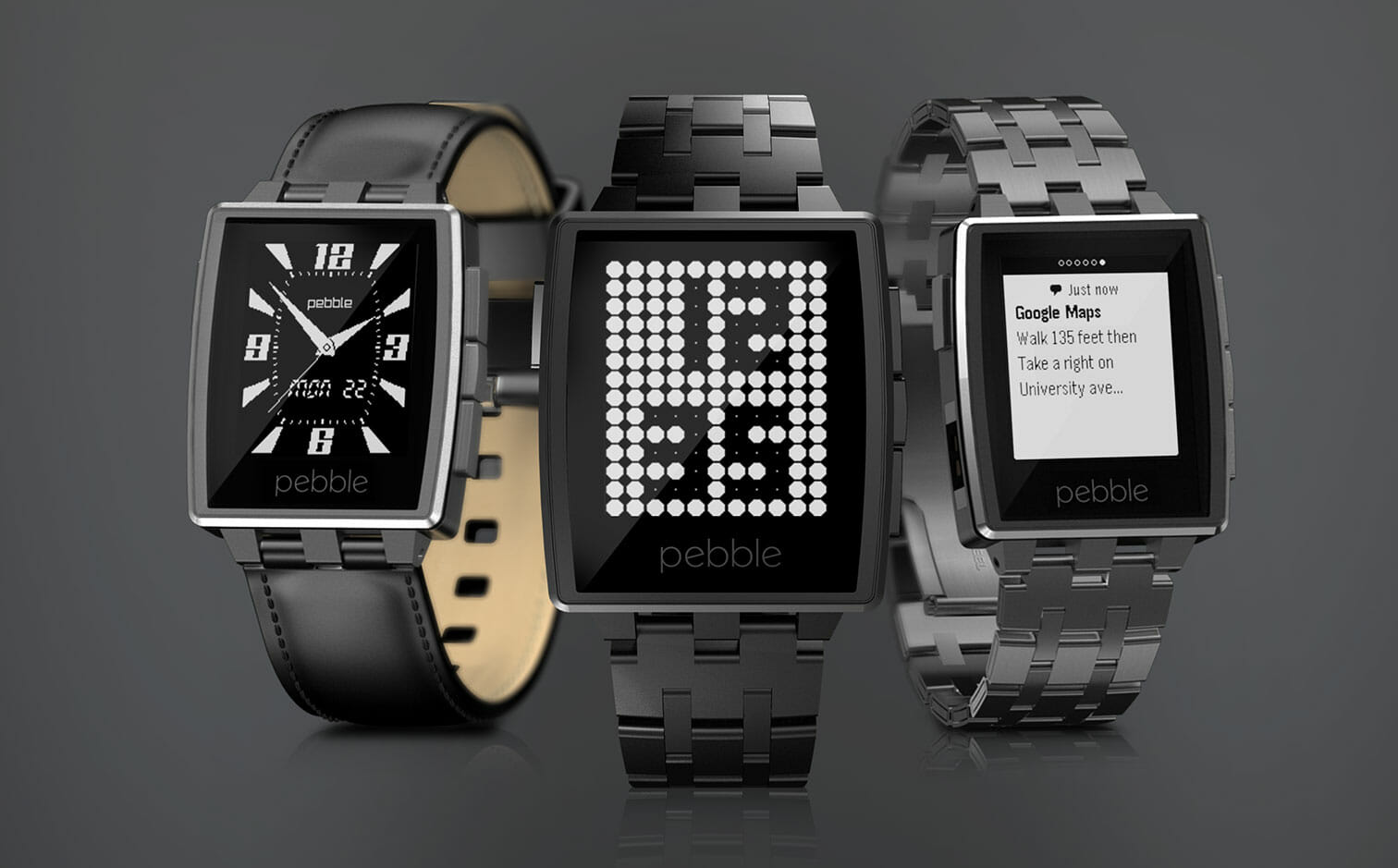 Farmers want to have as little on them as possible, and whatever they do have on them needs to be rugged. An iPhone on the farm might not survive long. Thankfully, the Pebble Steel is a new smartwatch that eliminates the need to take a costly, frangible phones into the field. It’s like Dick Tracy’s watch re-imagined for he field. Its steel body and waterproof design makes for the perfect farmer gadget. But it’s more than just a phone – it also allows farmers to access apps that keep track of the weather, FedEx tracking, calendar, planner and email. 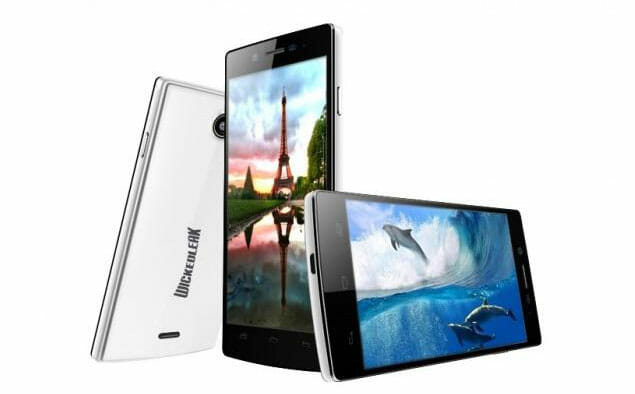 There are times when he farmer does need to take their phone into the field, but concerns arise: a storm might whip up from the East, or the phone will fall into a vat of fertilizer. That’s where Wickedleak’s Wammy Passion X comes to the rescue. Billed as “the world’s first true hydrophobic smartphone,” the Android compatible device can withstand serious wetness and still keep the farmer in touch with suppliers, vendors, or buddies. 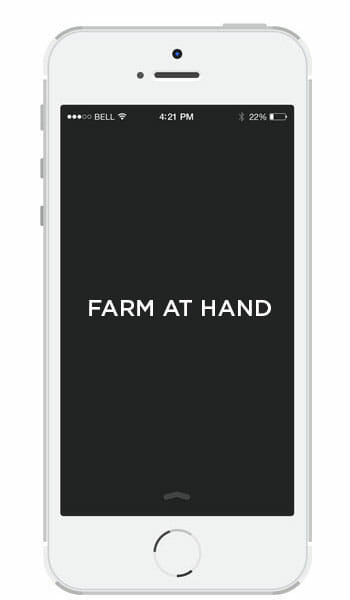 farmathand.com, Free, available on both iOS and Android

There are a plethora of farm apps out there (FarmLogs, ScoutDoc), but Farm At Hand might be the most ready-to-use, powerful one out there. And it’s free. Farm At Hand bills itself as a “multi-platform, cloud-based farm management program, tracking everything from seed to sale,” and it has gained a considerable following due to its commitment to keeping things up-to-date and easy to use. 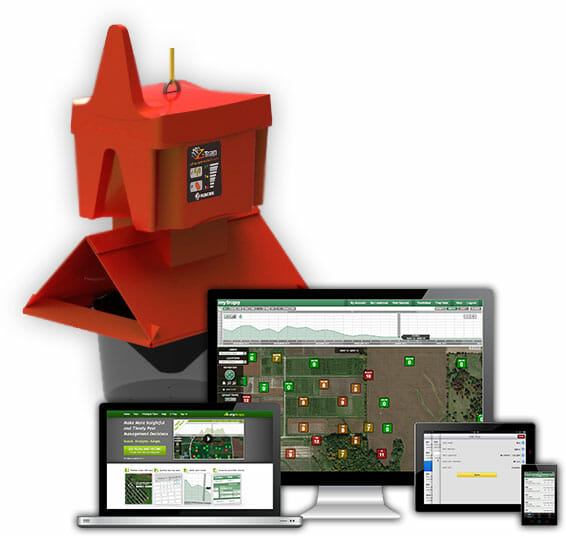 Nothing could be more delicious to Oriental fruit moth larvae or an obliquebanded leafroller than a big old orchard of fruit-bearing trees. Likewise, nothing could be more calamitous than an infestation of these pests, so farmers need to keep a watchful eye on who is living amongst their trees. Spensa Technologies is in the late stages of developing the Z-Trap, a device that will lure critters and then identify them, sending the farmer a notification of its findings. Farmers can sign up to be case studies now, but if all goes according to plan, the Z-Trap could well be the future of insect monitoring for fruit farmers.

Farming is, as we all know, brutal work. Aches and pains are simply an accepted part of the life of a farmer, but the Original Worm can alleviate some of the muscle pain incurred throughout the day. Made of four encased balls sealed inside of a neoprene casing, the Original Worm provides the right amount of therapeutic relief, especially after a long day of lifting bags of feed or hoisting bales of hay. 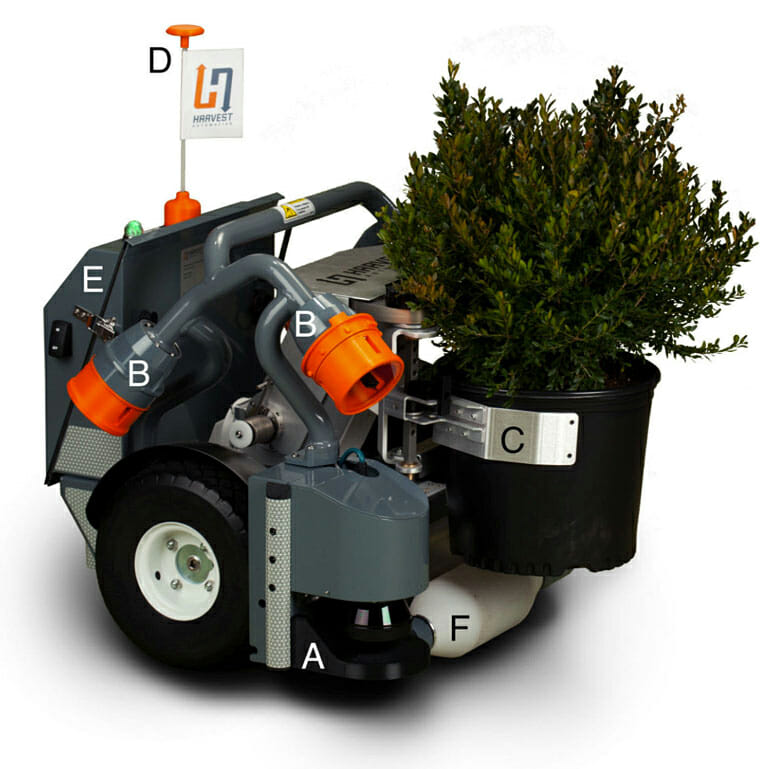 There’s something to be said for rolling up the sleeves and powering through some hard work, but there are some jobs that the greenhouse owner simply wishes someone else would do. Moving pots in the nursery is one of those things. Each year, potted trees and shrubs need to be moved about five times – they get clustered in the winter, spread out in the summer, and spaced even more as they get bigger. Along comes the Harvest Vehicle HV-100 a.k.a. “Harvey,” an R2D2-esque automated plant mover that can be programmed to take charge of your container crops. 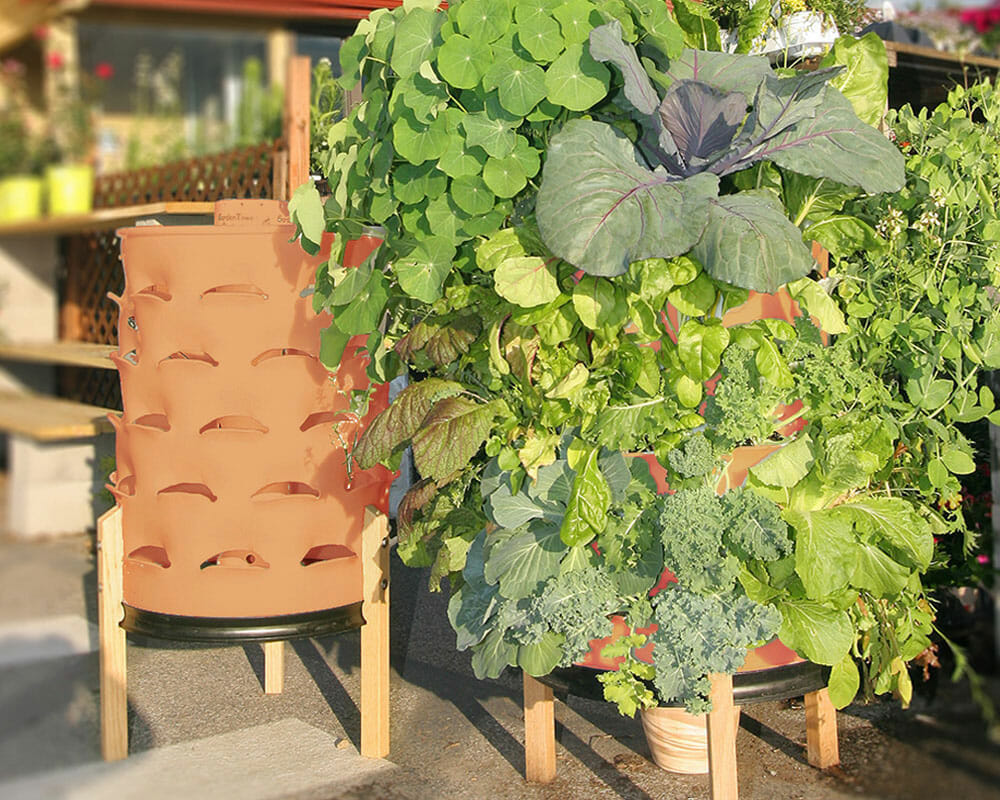 There’s nothing like a good innovation in composting to coax the inner urban farmer out of their shell. In this case, it’s a gorgeous 50-Plant Garden Tower, a vertical garden that is capable of turning into a plentiful bounty of vegetables and herbs in just four square feet. 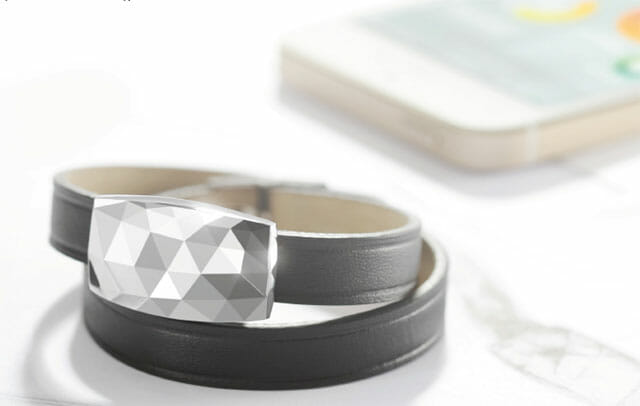 netatmo.com, not yet for sale

The Netatmo is marketed to the Farmer Jane, with its jewelry-like design, but it’s an idea that can be appreciated by all: a wearable piece of technology that tracks exposure to the sun. By minimizing burning and overexposure to UV rays now with devices like this one, farmers can avoid hazardous skin cancers in the future. Here’s to many years of bountiful farming!