Reducing the Dangers of Raw Milk

With changes due in risk assessment, management, and technology, are we leaving the raw milk danger zone? 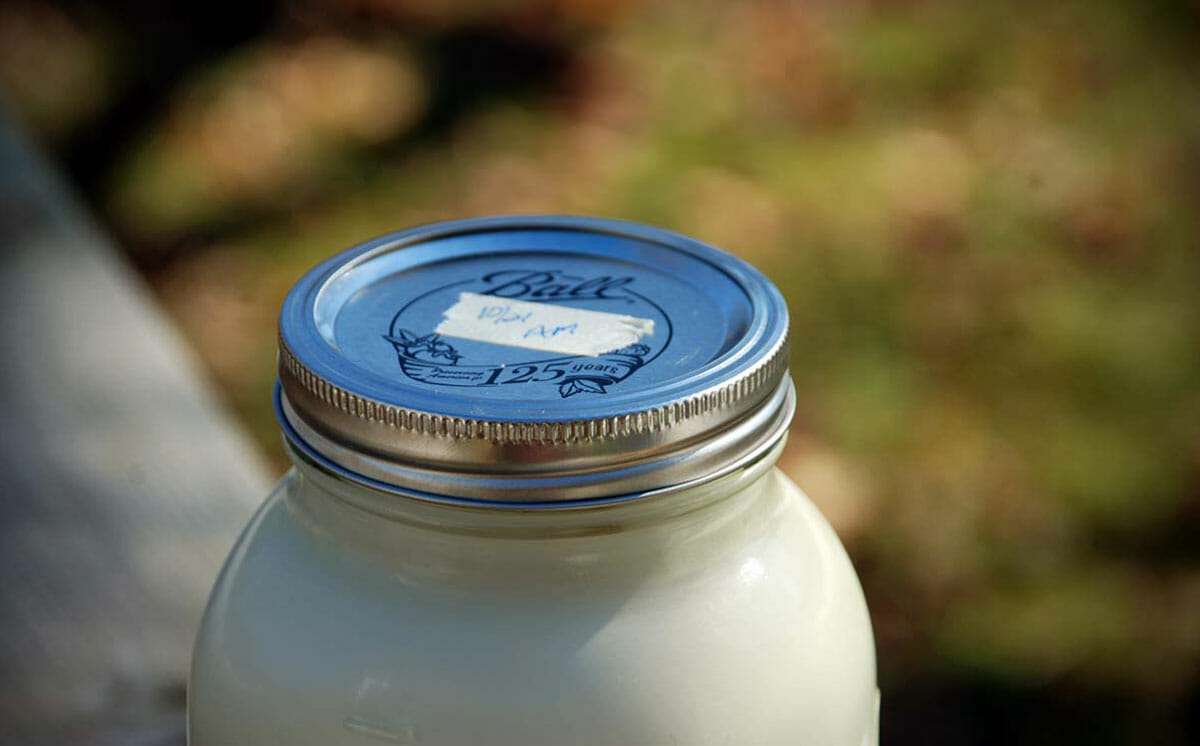 In a 2012 study, the Centers for Disease Control and Prevention (CDC) estimated that 1 percent of Americans drink raw milk, although that number may be a bit higher — a FoodNet survey in 2007 found that 3 percent of the U.S. population, or about 9.4 million people, regularly consumes raw milk.

Whether or not to consume milk in its unaltered state is a highly emotional issue, and for good reason. Should anyone — and particularly someone like a child or elderly person with an immature or compromised immune system — ingest milk that harbors the deadly bacteria E.coli O157:H7, they could risk losing a kidney.

But compared to other foods, dairy remains relatively safe (you’re more likely to end up in hospital from salmonella in eggs or other leafy greens than listeria found in dairy products), but the debate remains fierce.

There are accusations of data manipulation on the part of the pasteurized milk industry and complicit public health officials and charges of willful, irresponsible behavior against raw milk drinkers. But what the debate ignores is that clean, raw milk that has been properly handled and tested contains nothing inherently bad for us mammalians, and, in fact, may be quite healthful.

Assuring food safety means carefully implementing and maintaining precise sanitary handling procedures, and the FDA has those in its Pasteurized Milk Ordinance (PMO). The problem is that the ordinance applies only to raw milk intended for pasteurization, and to pasteurized milk. Raw milk that is produced for direct human consumption is controlled by regulations established by each individual state ”“ there is no federal oversight.

‘There is no common source of raw milk contamination. Every region has its own problem.’

Which is exactly why Mark McAfee, co-founder of California’s Organic Pastures Dairy Company (OPDC) in Fresno, founded the Raw Milk Institute (RAWMI) in 2011, after Whole Foods removed his company’s milk from its shelves because of the lack of national safety standards.

Milk production standards, whether from the FDA or RAWMI, aim to keep the population of disease-causing bacteria as low as possible. The scariest bacteria, in raw milk or any other food, is one type of coliform bacteria that originates in poop, labeled E.coli 0157:H7. Other kinds of bad bacteria, such as campylobacter and salmonella, are also monitored.

“There is no common source of raw milk contamination,” says McAfee. “E.coli has been the ugly stepchild in California, but in Pennsylvania, it has been campylobacter and salmonella. Every region has its own problem. That is why, at RAWMI, we go to a specific geographic location, and the safety plan reflects their specific problem.”

To fill the void for both producers and consumers of raw milk, RAWMI published a set of basic guidelines and raw milk production standards, developed over 10 months by an international group of medical doctors, PhDs, veterinarians, epidemiologists, scientists, food safety experts, nutritional consultants, researchers, raw milk producers and consumers. In order for a dairy to get listed with RAWMI, it must adopt the basic standards and develop a risk assessment and management plan and safety operating procedures specific to its farm. McAfee says the standards are not a guarantee of perfectly safe food, but when followed diligently, will dramatically reduce the risk of illness from consumption of raw milk.

Allowing some coliform bacteria in milk is not as scary as it sounds.

Allowing some coliform bacteria in milk is not as scary as it sounds. As McAfee explains, a milk sample with between 2 and 5 coliforms in a milliliter cannot harbor the dreaded E.coli 0157:H7 because “you have to have hundreds in order to find one.” He adds that the current average among RAWMI farmers is 3 per ml. “Raw milk that comes directly out of an udder has almost zero coliform, but any contamination from dirt, air, dirty hands, or feces can cause them,” says McAfee.

Further, RAWMI listed farmers must commit to never mixing their milk with that of any other farm and must provide documentation that their herds are free of tuberculosis and brucellosis.

Since establishing a risk assessment management plan and an on-farm raw milk hygiene testing lab after a campylobacter outbreak in early 2012, raw milk from The Family Cow in Chambersburg, Pennsylvania, is cleaner than pasteurized, says owner Edwin Shank. “We are doing what I call test and hold. We test every lot of bottles and hold them in the cooler until the test results are finished. Pasteurized milk has no regulation that requires you to hold it back until the test result is in. As raw milk producers, we are considered guilty until proved innocent, so we have to go over and beyond what is expected,” he says, adding that it is quite normal for his coliform counts to be zero or 1 per milliliter.

Shank worked with local Penn State University and state agriculture experts to develop the lab, adding that it costs approximately $1,000 to set up and between $5 to $10 for supplies to test each time he bottles milk. “If a dairyman asked me to mentor him, the first thing I would ask is if he were prepared to invest in a testing lab. If he said no, I would not agree,” Shank said.

Some other leading-edge technologies will further facilitate immediate testing that could allow raw milk to achieve virtually zero risk. Eighteen months ago, Ontario-based Dairy Quality Inc. introduced mpengo Dairy, a software application and testing kit that turns an iPhone 4 or 5 into a 600-power microscope that instantly measures a milk sample’s somatic cell count.

Since she invested $2,000 for the terminal and software, Alice Jongerden, of British Columbia-based Home on the Range Farm, no longer has to drive to the lab to drop off and pick up a milk sample for $52 per cow test. Instead, she can test on site for $4 and store the data record for each cow.

“The lab could give results the same day, but it was inconvenient and costly,” she says, adding that they are using mpengo Dairy to test the cows more often than they anticipated. “If one is sluggish or not socializing, we do a quick test and if her somatic is high, we can remove her from the milk supply,” she said. A spokesman for Dairy Quality says the company intends to add tests for coliform, including the dreaded E.coli 0157:H7.

“This is dramatic, radical stuff, where food safety and raw milk legality come together,” says OPDC’s McAfee. “We are in a growth curve of technology that is allowing us to map the genome of a raw milk sample.” These changes in raw dairy management, McAfee notes, have attracted verbal commitments to go raw from several organic dairymen in California so they may get a higher price for their milk.

It may still be years before any consumer who wants to drink raw milk will be able to easily find it on their grocery store shelves ”“ or feel safe doing so. But innovations like RAWMI and mpengo Dairy mean that day is drawing nearer.

my state has recently passed a cow shares law and we are trying to work with farmers to help them set up labs on farm – can you share information on the quality testing equipment you refer to in this article?