A suspected half-goat, half-sheep born in Ireland is making waves around the world. 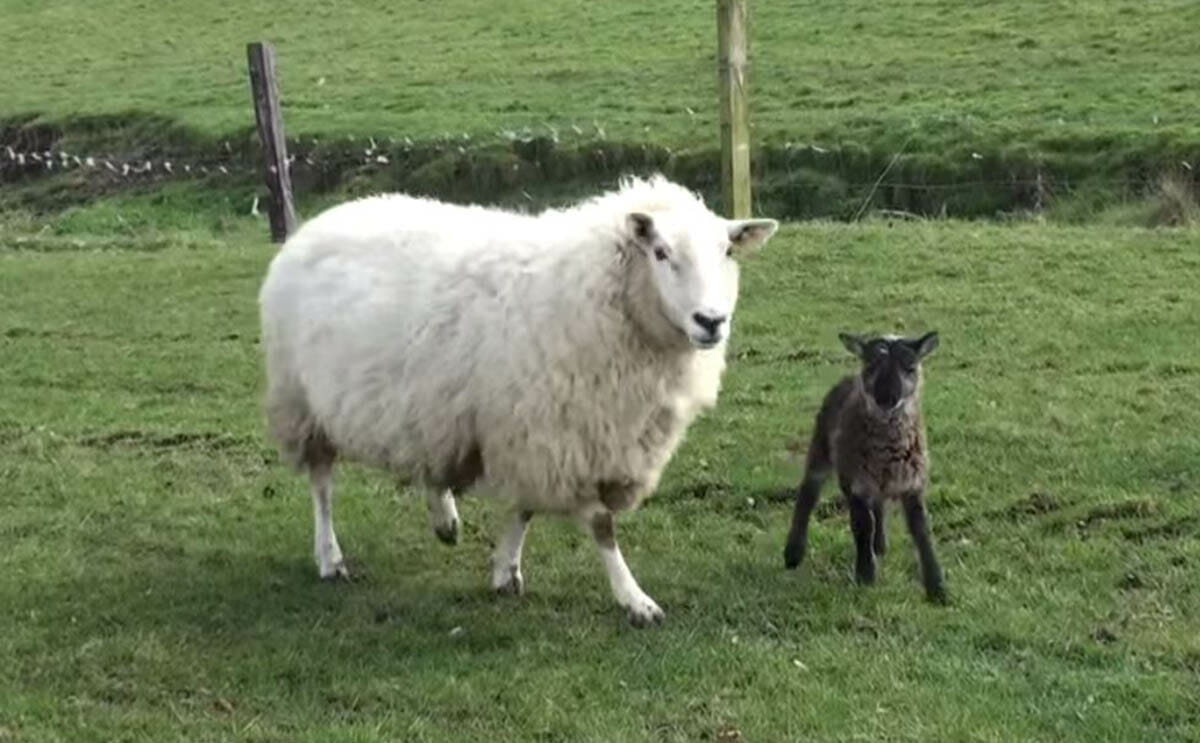 Murphy told the Guardian he didn’t notice the animal’s peculiarities the night of its birth late last month. In the light of day, it was clear something different had landed at his farm in County Kildare, Ireland.

For one, the black baby came from a white ewe, but apparently colors can shift between generations of sheep. A few other signs had Murphy thinking a billy goat might have, um, intervened. The animal moved faster than a normal lamb thanks to its long, spindly legs. It also had a pair of goat-like horns atop his head.

On thinking back, Murphy remembered one ambitious goat cavorting with the ewes five months earlier. “On the hill, on the back end of last year, the ewe’s were tippin’ and there was a goat tippin’ ’em as far as I could see,” he told the Irish Farm Journal.

The pieces fit. Murphy is now asking geneticists to confirm his suspicion that the little black bundle of joy has got some goat.

“He has been a great source of craic for the lads in the pub, we might even have a competition to name him,” Murphy said. “Craic,” if you are wondering, is a Gaelic word for gossip or fun.

Armed with notorious libidos, goats have been known to completely disregard the barrier between species when an unlucky sheep is nearby. Few of those attempts result in living animals.

Rams have a set of 54 chromosomes bundling their DNA and sheep have a full set of 60. The genetic gap means most geeps come out stillborn, but every once in a while the math works out. One healthy hybrid born to a veterinarian in Botswana split the difference with a set of 57 chromosomes. Others geeps have popped out in Chile, Jamaica, Malta and Germany, where Lisa the geep earned coos from around the world.

Many have proposed the name of “shoat” for the rare genetic hybrids, but as luck would have it, that’s already the name for a young pig.

So for now, Murphy is classifying the little guy as a geep until the public can help him land on something more specific.