JFK is already a zoo, but just wait for the arrival of this animal terminal. 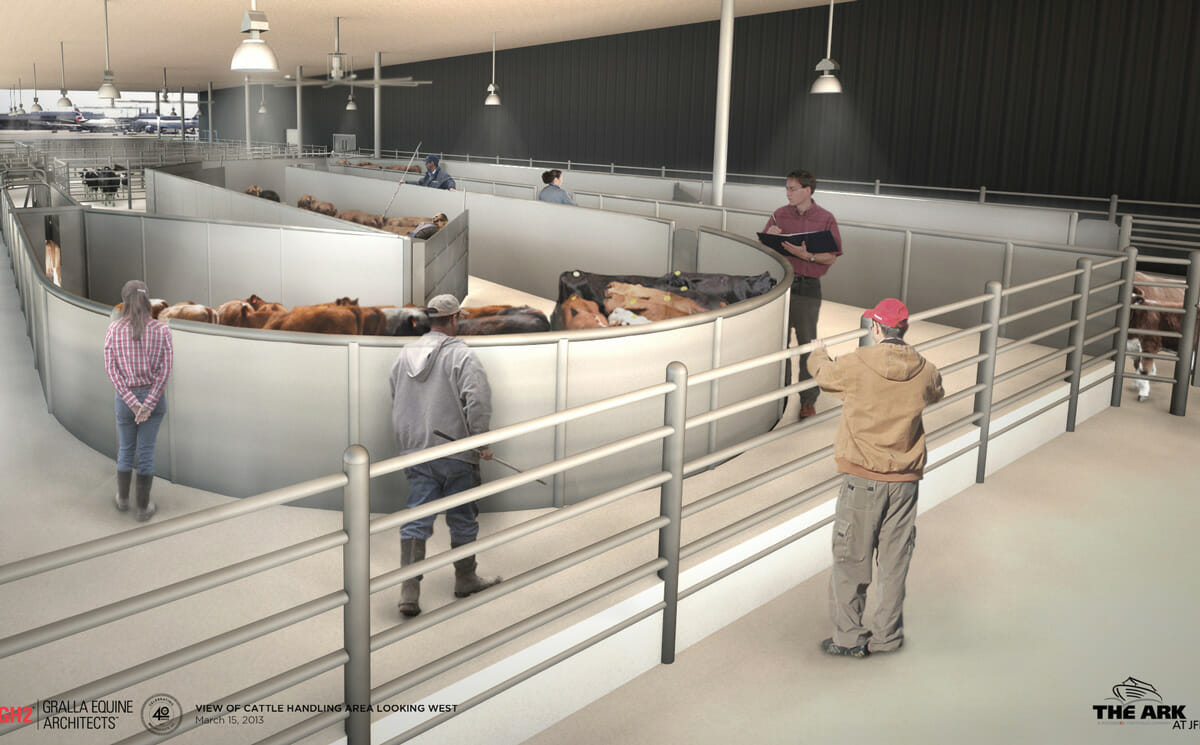 Perhaps no one is more eager for the anticipated arrival of winged and four-footed travelers than Aaron Perl, managing director of Racebrook Capital, a real-estate investment firm on Madison Ave. in New York. Dr. Perl (a former surgeon turned litigator) and his colleagues are in the process of converting Building 78 into the world’s first dedicated animal terminal, a facility with dog and cat kennels, an aviary, veterinary clinic, a livestock export system (designed by Temple Grandin), and a quarantine area for horses (horses are usually required by the U.S.D.A. to take a five-hour rest). “We’ll accommodate zoo animals, bison and buffalo, and smaller elephants,” Dr. Perl says. “The list is endless.”

Counting cows bound for China and boxes full of chicks, he expects to see some 70,000 animals annually.

According to the New York Post, a pet-services company called The Spot Experience (who already works with United Airlines and Chicago O’Hare and Newark International airports) will be partnering with Racebook Capital to develop the operation. The year-round, 24/7 veterinary hospital will be run by Cornell University College of Veterinary Medicine. (As the head of Spot told the Post, “All airline passengers deserve the highest quality of care, including animals.”) The Huffington Post reported that the project would create 190 jobs, bringing in $50.5 million in economic activity during a 20-year lease period. It won’t be cheap, either: the Port Authority expects in excess of $108 million in rent during that time. Also, from HuffPo: $30 million will be spent on a main center with an additional $2 million pegged to a cargo handling facility.

The place, which expects to break ground by the end of the month, will be called – what else? – the ARK at JFK.