Sandra Simone bought back the land once worked by her enslaved ancestors, where she now cultivates huckleberries, herbs and vegetables and raises goats. 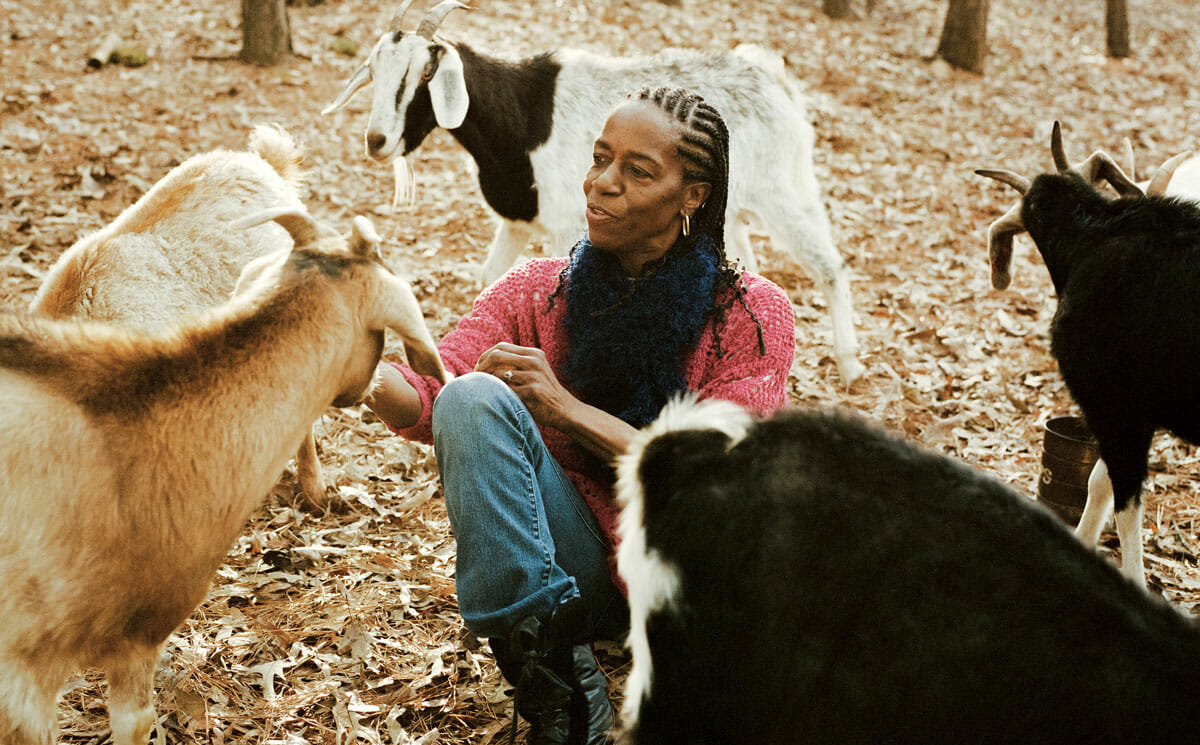 Once a teenager, she vowed to “never return to insects, heat and lights-out at 8 p.m.,” she says. Then, while living in Long Beach, California, and working as a jazz singer, she met Harold Burke. Moved by her family history, Burke badgered Simone to buy back the land her enslaved ancestors had once worked. They bought their first 40 acres the same year they married, in 1978.

Simone went back to the South in 1981, when her mother fell ill with ovarian cancer. She and Burke lived in Atlanta, where Simone started a landscaping company, commuting to her mother’s home in rural Alpine, Alabama, on weekends. After her mother’s death, they decided to stay.

Simone and Burke bought more acres. Slowly, Simone began canning, growing a garden in the woods and building her own log cabin. Then in 1999, Burke was diagnosed with lung cancer. He died three months later. Instead of fleeing, Simone surprised her friends and family by digging in.

“My ancestors’ blood and sweat courses through this Southern landscape,” says Simone. “That’s why I returned, for good.”