Ashley Tudor is a field-to-table chef, a nutrition book author, and an artist turning taxidermy on its head. 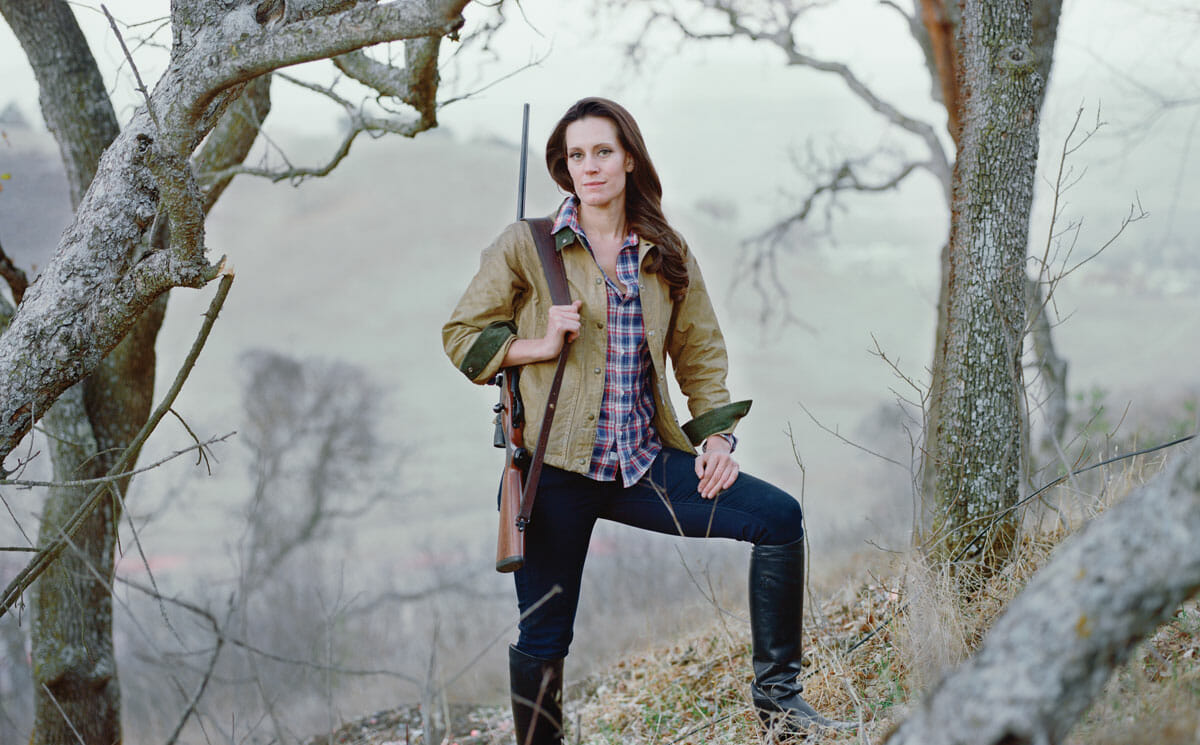 She turned vegetarian in fourth grade, but started craving meat by her senior year of high school and broke the fast with a hamburger. Finally, during a visit to her grandmother’s house in Iowa when she was 24, she decided to see how meat was actually made, and simply called up a slaughterhouse and asked for a tour.

“The quality of conditions, the sheer volume of animals in such close quarters; it was really disturbing,” she recalls. “It was visceral. It stuck with me.”

Another person might return to vegetarianism, but not Tudor. Instead, she joined her brother, an experienced hunter, on his next outing in search of clean, wild meat. “I immediately loved the athleticism, the connectivity to the land, being outside,” says the Dartmouth grad and uber-athlete.

In her San Francisco studio, she turns taxidermy on its head, transforming elk skulls (sometimes harvested by her, sometimes sourced from other hunters) into gorgeous, bronzed wall mounts, which sell for upwards of $35,000 in galleries from New York City to Jackson, Wyoming.

But on any given Sunday, Tudor heads just over the Bay Bridge to hunt quail, or south to California’s rolling barley fields for wild boar. She has harvested deer, pheasant and squirrel. On one hunt in Idaho, she landed an elk from 40 feet away. “It was a small one, just a couple hundred pounds of meat, but the small ones taste better.”

Since she began hunting, Tudor eats mostly just the meat she kills. She always invites folks over to her city apartment for an apreÌ€s-hunt feast. If she eats meat at a restaurant, she is not shy about peppering the staff with questions about its origin.

Tudor admits hunting is a double-edged sword. “There’s the thrill of the hunt, the packed freezers that feed my family and very lucky friends – but taking the life of an animal is really hard,” she says. “It gives me extreme reverence for the meat. I tend not to give the meat away unless I know it goes to a good home.”