Farm in a Bottle: Barnyard Flavors in Beer and Wine

Some call the wild yeast strain Brettanomyces a friend, some call it a foe, and everyone agrees it has the aroma of a barnyard (though nobody can agree if that's good or bad). 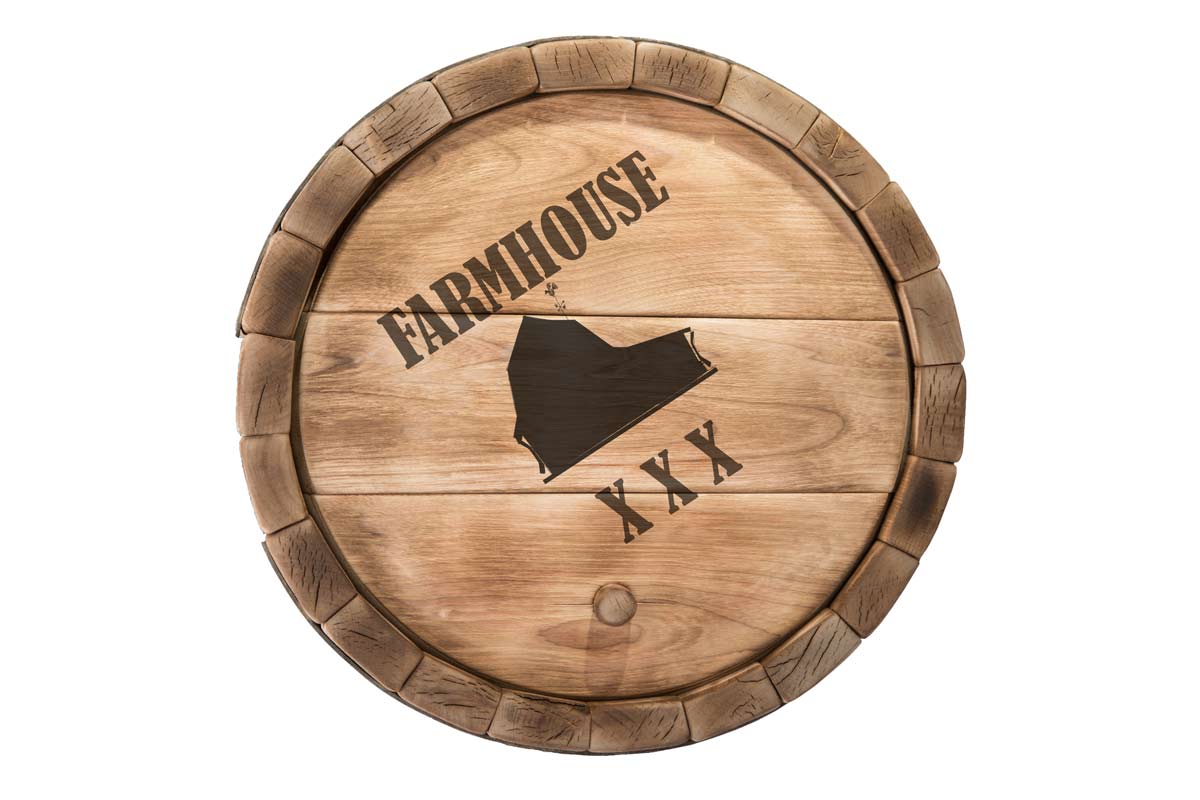 As the craft beer movement grows up alongside an ever-burgeoning wine industry, this flavor (described by critics as “horse blanket,” “phone booth,” or “merde“) has been the source of increasing discussion and degustation. Brewers and some beer drinkers have embraced the taste of barn, while wine drinkers, despite some efforts to gain acceptance for farmhouse flavors, have held fast to their old mores.

Joe Messina, for one, is not a fan of Brettanomyces – which he and others colloquially call “Brett.” Seven years ago he founded Amorici Vineyard, a Farm Winery in Valley Falls, New York. Since then he’s only battled his enemy from time to time. Even when Messina does encounter the yeasty culprit in one of his wines, he doesn’t pour out the barrel. “You go with it, or you blend it,” he says. “Brett is an acceptable flavor and aroma. Some people find it desirable, and I personally do not. It’s definitely ‘barnyard.’”

‘To me there’s a little bit of leather – new leather, not sweaty leather.’

By contrast, Dr. Linda Bisson, a professor of Viticulture and Enology at UC Davis, enjoys a hint of Brett in the right wine. “It can give you a nice spiciness, sometimes a clove character,” she says. “To me there’s a little bit of leather – new leather, not sweaty leather.” In fact, for certain styles of wine like French barrel-aged reds, Brett is a normal part of a bouquet.

When you taste a Bretty beverage, Bisson contends that you really are tasting a terroir: something specific to a region or production facility. “Once the strains settle in a new place they’ll adapt: They become very specialized to the conditions in which they find themselves. They’re closely related to the vineyard, since they’re highly adapted to a particular vineyard’s fruit composition.”

Bisson is trying to win vintners and consumers to her side, but with limited success. “We did a course on Brett and brought winemakers in, but far and away the majority were not appreciating the nuances.”

Perhaps Brett should stick to the beer world, where its reception of late has been considerably warmer. Some consider Brett a key characteristic of farmhouse style beers, like certain saisons and lambics. In fact, Brettanomyces was first classified in beer, not wine, and comes from the Greek for “British fungus” as it was considered a spoiler of British ales.

‘We did a course on Brett and brought winemakers in, but far and away the majority were not appreciating the nuances.’

Given today’s explosion in craft beer, brewers are thinking outside of typical flavors, even introducing Brett intentionally. “We have a pretty extensive barrel beer program where we use Brett, and we make a 100 percent Brett fermented beer called Sanctification,” says Vinnie Cilurzo, head brewer at Russian River Brewing Company in Santa Rosa, California. Doing so means careful delineation of equipment and spaces: “We have different parts of the brewery where we store barrels and do the work. We keep the funky parts separate from the non-funky parts. This includes separate pumps, hoses, filters, fillers, valves, clamps, everything.”

Though including Brett or similar wild yeasts certainly bestows barnyard flavor, whether it lends the imprimatur of a “farmhouse” style is up for debate. “It’s really hard to pin down what ‘farmhouse’ means,” says brewmaster Phil Leinhart of Brewery Ommegang in Cooperstown, NY. “I think we’re really a farmhouse brewery because we’re in the middle of agricultural fields. And a lot of styles other than saisons were originally brewed on farms.”

Mostly, says Bisson, these designations prepare us for what we’ll taste so we can enjoy an expected flavor. As opposed to wine, where Brett can be a surprise, “in the beer world, usually you have a clearly identified Bretty style. It matches the consumers expectations.”

In beer and wine both, Bisson concludes, Brett requires context: “Brett is like a Day-Glo color. It needs to be in the right painting or it’s going to look like somebody ruined it.”