Cloning Around: When Cow Copies Compete

What happens when a cow faces off against its genetic replica in a livestock competition? 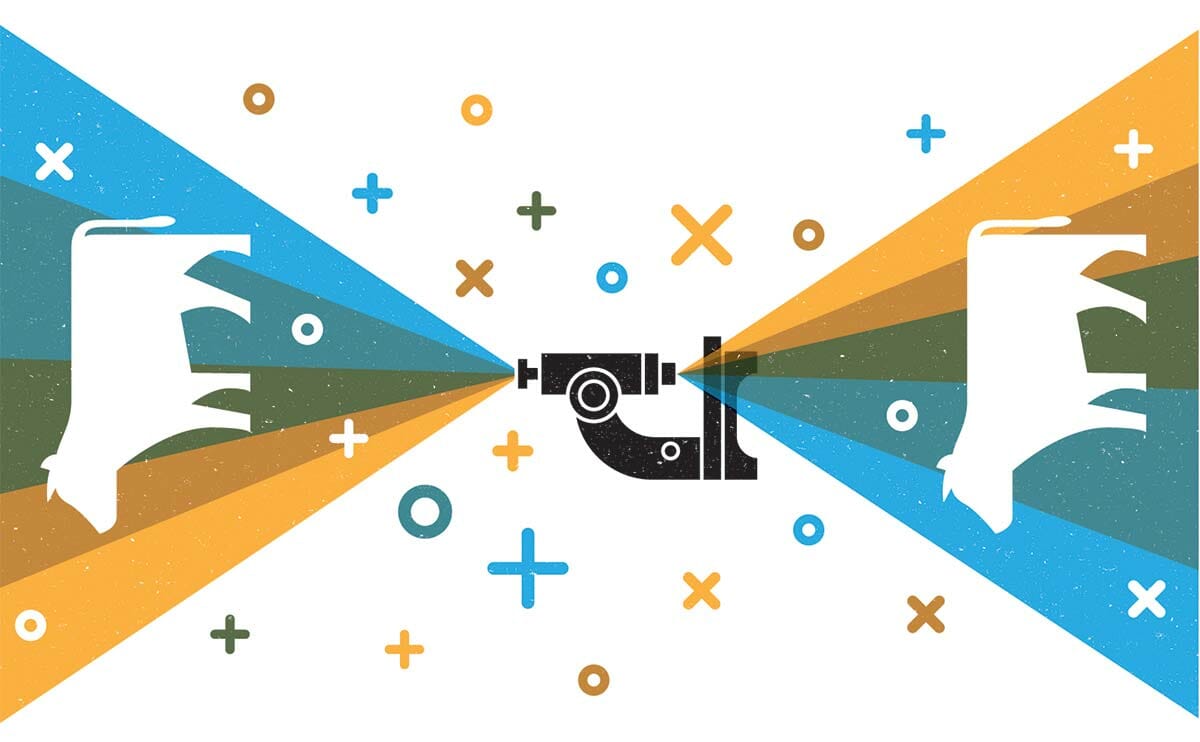 At the 2013 World Dairy Expo competition, the apple fell real close to the tree. The Grand Champion trophy went to a cloned cow named KHW Regiment Apple-3-Red-ETN, while second place went to her genetically identical source material, the original Apple-Red-ET.

The win highlights a murky area in modern livestock competitions: Is it fair to compete with the clone of a near-perfect animal? The issue ï¬rst arose in 2010, when Iowa’s Grand Champion 4-H steer was found to be a clone of the 2008 winner.

The winner’s owner, a then-17-year-old named Tyler Faber, came from a singular genetic strain himself — his father was president of Trans Ova Genetics, a company in the business of cloning cows. The judges hadn’t known about the clonage, but later claimed it broke no rules (it may be that science progressed faster than the 4-H judging handbook).

The new bull had many of the same mannerisms/instincts as the original, save one: Second Chance was violent and unpredictable.

Activist author Barry Estabrook took umbrage with this development. It sullies his vision of an idyllic 4-H competition, where “you almost expect to see a pipe-puffing Norman Rockwell peering from behind his easel on the sidelines.” Besides his fondness for the life pastoral, Estabrook felt like most income brackets would be shut out if you allow cloned competitors (he cites a $20,000-per-calf figure, though bargain clones can run in the $10,000 range). Estabrook concludes by suggesting the Iowa State Fair rethink its judging policies.

This doesn’t seem likely — if anything, competition clones are becoming the new normal. Just this winter, a cloned horse won the Argentine Polo Open (high-five to Popular Science for giving cloned ponies a fresh portmanteau: Clonies). Thoroughbred horse racing in the U.S., one of the only competitive arenas to prohibit clones, took a hit from a Texas court last August — judges ruled that the American Quarter Horse Association had to reverse their policy (the decision is under appeal). Cloned horses were even allowed in the 2012 Olympics, much to some purists’ chagrin.

Perhaps you are curious: Does a cloned animal contain the genetic ingredients to match the original’s success? It’s hard to know for certain, but the wins at the World Dairy Expo, the Iowa State Fair, and the Argentine Polo Open point to some level of shared quality.

Though let’s not forget Second Chance, the cloned bull featured on This American Life. The original, Chance, had been a big old snugglepuss, adored by kids and grown-ups alike. And when Chance’s genetic material was used to make a sequel, the new bull had many of the same mannerisms/instincts as the original, save one: Second Chance was violent and unpredictable.

Putting aside the nightmarish Philip K. Dick implications of the evil clone, let’s review the takeaway here. Clones may be very, very similar to their source material, but they are not an exact match. As doctors recently cautioned the U.K.’s first cloned puppy owner: “Clones will develop different personalities.” Whether that’s due to nurture-over-nature, part of the cloning process, or perhaps an animal’s ineffable sense of self (soul?), it’s hard to say.

It is clear that cloning won’t produce carbon copies, just like breeding with a prize bull’s sperm won’t give you an exact match. In competition, cloning certainly slants the odds, but is not a lock. For all we know, there are dozens of losing clones at races and livestock competitions – losers don’t make news. Not to mention: At $50 to $250 per sperm sample, you might want to go the AI route for your livestock breeding. Ten thousand big ones is a lot to shell out for a 4-H trophy.