Iconic ag writer Wendell Berry doesn't use a computer, so when composer Shawn Jaeger wanted to turn one of his works into an opera, he brokered the deal the old-fashioned way: sitting on his porch on Berry's Kentucky homestead. 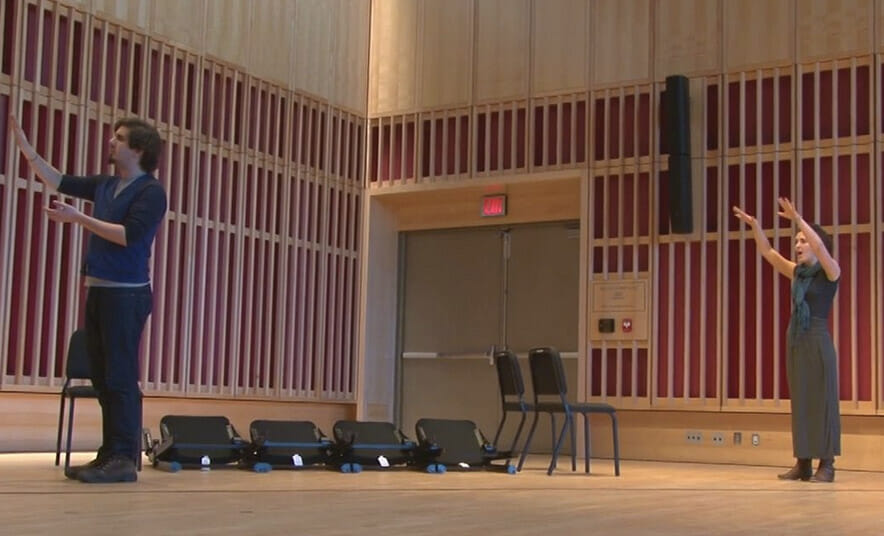 In order to gain permission to perform an opera at the Bard College Conservatory of Music based on Berry’s short verse play, “Sonata at Payne Hollow,” Jaeger wrote a letter to Berry, who was initially reluctant to participate.

“I thought there was no way he’d be involved in the project,” says Jaeger, “but he wrote back and his letters were handwritten, which we don’t see much anymore. It was really fun to correspond with him in that way.” Encouraged but still pessimistic, Jaeger made “what felt like a pilgrimage” to the Berry homestead in Henry County, Kentucky. While sitting on Berry’s porch – adorned with bird feeders and overlooking the Kentucky River – the writer revealed to Jaeger that he had already adapted his work into a libretto, as requested.

Perhaps the young composer was convincing to Berry because, like him, Jaeger is a Kentucky native. Or maybe his earnest interest in the tradition of appalachian folk music won Berry’s sympathies. But most likely, his genuine feeling for the characters of “Payne Hollow,” Harlan and Anna Hubbard, spoke to the author. Berry’s close friendship with the Hubbards – who lived at the bank of the Ohio River from 1951 to 1986, painting, scavenging, making music and farming – inspired not only Berry’s original work but much of his lifelong philosophy of self-sufficiency.

Jaeger has come to share that philosophy, bringing him close to the story of the Hubbards, whose ghosts are the principal characters and singers of the opera. When he conceived of the work, Jaeger “was living in the Hudson Valley and getting really into the whole experience of having a garden and growing my own food, into the satisfaction of that.” In the summer, he and his wife did a work-trade at Hearty Roots community farm in Redhook. “I thought, well homesteading isn’t a typical subject that you see represented in opera. At least in the traditional repertoire, the canon, it’s a lot of nobility, not people just trying to support themselves by living off the land.”

‘At least in the traditional repertoire, homesteading isn’t a typical subject that you see represented in opera.’

The opera’s director, Nicholas Muni, has paired “Payne Hollow” with another pastoral ghost story – that of Benjamin Britten’s interpretation of Henry James’ “The Turn of the Screw” – to be performed as a double bill on March 14th at 7pm and March 16th at 2pm in the Richard B. Fisher Center for the Performing Arts.

Like Britten’s work, says Muni, Jaeger’s taps into an elegiac quality of other-worldliness. “Payne Hollow is a very elusive piece, it’s not simply pastoral, it’s very lyrical.” Though sometimes misconceived as basic, folk music’s purported informality is not Jaeger’s focus. Muses Muni: “There are folk melodies and feelings to [“Payne Hollow”], but it’s not simplistic.” Instead, Jaeger speaks to the complexity of traditionally oral, unwritten music, which is resultantly unique in rhythm and character.

Therefore, in Payne Hollow, “Each person is allowed to decorate a tune in their own way,” says Jaeger, “so it creates this cool sound where you have each person retaining their individuality, which I really like conceptually. Once the ghosts of Harlan and Anna appear they begin to talk about how they played music together in life, and then Harlan talks about music that’s just out of hearing: It’s almost a metaphor for the divine, which doesn’t have a very ‘fixed’ music. In the end it becomes the sound of this place, listening to birds and crickets and all the other sounds of the environment.”