When Animals Fall from the Sky - Modern Farmer
Animals, Plants

When Animals Fall from the Sky

In the 1999 fIlm “Magnolia,” a star-studded ensemble about Los Angeles lives that collapse and come together on a single day, the weather is practically the main character. Rain pours down throughout the movie, and just as the characters lives are colliding in a tornado of emotion, thousands of large frogs fall from the sky. […] 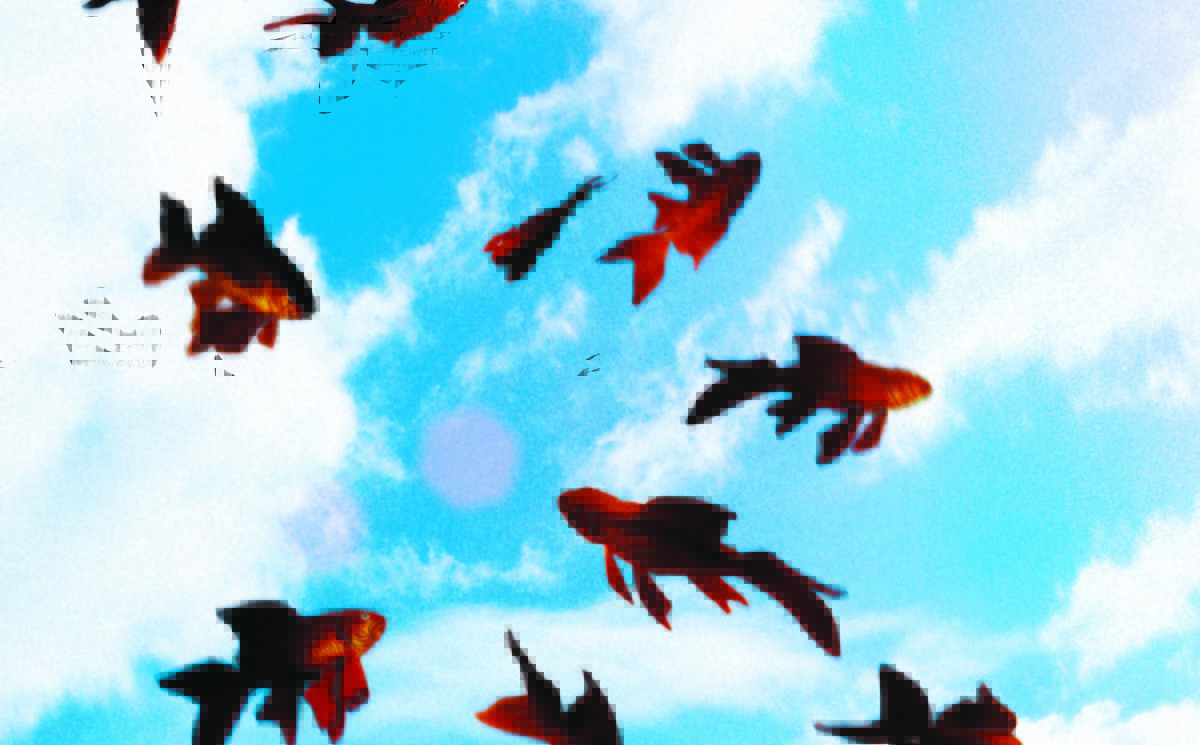 In the 1999 fIlm “Magnolia,” a star-studded ensemble about Los Angeles lives that collapse and come together on a single day, the weather is practically the main character. Rain pours down throughout the movie, and just as the characters lives are colliding in a tornado of emotion, thousands of large frogs fall from the sky.

“This happens,” says kid quiz show whiz Stanley Spector, watching the shower of amphibians from inside a library. “This is something that happens.”

It turns out, he’s right. Over the years many different animals have reportedly fallen from the sky. Tadpoles over Japan; spiders over Brazil; frogs over Serbia, ancient Egypt and Kansas City; brown worms over Indiana; scarlet worms over Massachusetts; red worms over Sweden; snails over England; a shower of raw meat (thought to be venison or mutton) over Kentucky; blackbirds over Arkansas; eels over Alabama; snakes over Tennessee and fish over Australia, India and Honduras.

Reasons for animals hurtling from the sky range from signs of the apocalypse to everyday meteorology.

The reports, although uncommon, are peppered throughout modern and historic newspaper articles, blurbs in meteorological journals like the Monthly Weather Review and articles in more recognizable journals like Science and Scientific American. Animals have fallen on rainy days, but perhaps more disconcerting: Animals have also fallen out of seemingly stormless skies, such as the fish that fell over Marksville, Louisiana, on October 23, 1947.

Biologist Alexander Dimitrivitch Bajkov happened to be in town. “I was in the restaurant with my wife having breakfast, when the waitress informed us that fish were falling from the sky,” wrote Bajkov two years later in the journal Science. The fish ranged from 2 to 9 inches long and included largemouth black bass, goggle-eye, hickory shad and two species of sunfish. Skies were foggy, winds light and the New Orleans weather bureau reported no large tornados or strong updrafts in the area.

How does one explain it all? Reasons for animals hurtling from the sky range from signs of the apocalypse (dating back to the Bible) to an everyday – or at least every-few-yearsish – act of meteorology.

One of the most confusing parts of this persistent phenomenon is the notion of “falling.” For instance, when dark-brown snakes filled streets in Tennessee in January 1877, it wasn’t that they came from the sky. Rather, torrential rains that morning may have dislodged the serpents from underground and flushed them to the surface. Similar deluge events may also explain some of the worm rains, some of the fish rains and the snails. New Year’s Eve fireworks exploding near blackbird roosting sites may have caused the 2011 Arkansas bird fall. And as wonderfully frightening as a rain of Brazilian spiders sounds (as was reported in the town of Santo AntÁ´nio da Platina last year) the phenomenon has been attributed to the species Anelosimus eximius, which spins massive group webs that can span trees and telephone poles and be scattered into a rain in strong winds. And the suspected deer or sheep meat that fell over Kentucky in 1876? Vomiting buzzards, or, as jokingly reported in the New York Times, a “meat meteorite.”

But what about the fish and frogs?

“It is certainly within the realm of possibility that fish and frogs could rain from the sky,” says Greg Carbin, a severe weather expert with the National Weather Service. “Especially when you look at the power of some thunderstorms and tornados, there’s a tremendous vertical component to the wind that can suck things up and deposit them far from where they were picked up.”

Intense thunderstorms have powerful updrafts that have been known to pull insects and even birds into the atmosphere, says Carbin. And tornados can unleash 200-mile-per-hour winds and track across entire states. A 1995 paper published in the Bulletin of the American Meteorological Society reports numerous incidences of debris being drawn up by tornados and blown great distances: A Mississippi tornado carried a couple’s marriage license 30 miles, a Wisconsin tornado carried checks, letters and invoices more than 100 miles and a tornado that struck Worcester, Massachusetts, in 1953 carried a wedding gown 50 miles. Emily McNutt, of South Weymouth, found the garment: “It was dirty, as would have been expected, but was intact and in surprisingly good condition.”

‘I was in the restaurant with my wife having breakfast, when the waitress informed us that fish were falling from the sky.’

In “Magnolia,” explaining the rain of frogs is easy, as no real frogs were used. Visual effects artist Derek Gillingham and about a dozen other artists, animators and technicians spent weeks studying bull and leopard frog coloration and physiology before generating the digital amphibians that fall through the air and onto windshields, skylights, streets and,in one instance, a man’s face. Some fake frogs were used, too. “What you don’t see,” says Gillingham, “is off to the side of the screen there were guys on scaffolds with buckets of rubber frogs throwing these things through the air.”

John Knox, a University of Georgia atmospheric scientist, studied debris picked up by the powerful twisters that raged across Alabama in April 2011. Using data harvested on Facebook, Knox has discovered tornado-blown restaurant receipts, prescription pill bottles and photographs, including a snapshot that ended up in a Tennessee town 219 miles away. “If an intense tornado goes over an area with small critters, such as fish or frogs, it seems very reasonable that they could be flung airborne and carried some distance away,” says Knox. But his research “hasn’t turned up anything specifically related to animal transport.” Not yet, anyway.

There is another natural explanation: waterspouts. “Waterspouts pull up water within the funnel itself, and water is pretty heavy stuff,” says severe weather expert Carbin, “so if they’re able to lift water they’ll be able to take along what’s in the water, including fish and frogs and whatever else.”

Such as seaweed, jellyfish and … sharks?

Last summer the Syfy channel released a low-budget meteorological horror flick called “Sharknado.” A hurricane bearing down on the California coast draws sharks into waterspouts that then rain the creatures – mostly digital ones, of course – down on Los Angeles, where they land in streets and swimming pools and immediately begin attacking people. “I think the magic of this movie is usually with horror or sci-fi you get one given; there are ghosts, or serial killers or vampires,” says “Sharknado” director Anthony C. Ferrante. “Our thing was you have the sharks, and the tornado.”

The idea of a sharknado “pushes the boundaries of reality,” says Carbin. Nevertheless, the fact that the film drew such enthusiasm implies that we want more from the weather than the weather has to offer. (Ferrante is already working on the sequel, to be out this summer. Think sharknados … in New York City.) And yet, as the long list of fish and frog rains suggests, and as “Magnolia” portrays, the weather is already weirder than anything we can possibly imagine.

“It is in the humble opinion of this narrator,” says the narrator of “Magnolia” toward the end of the movie, “that strange things happen all the time.”

Or, in the words of Bajkov, the biologist who wrote about the 1947 Marksville, Louisiana, fish fall for Science: “Many people have never seen tornados, but they do not doubt them, and they accept the fact that wind can lift and carry heavy objects. Why can’t fish be lifted with water and carried by the whirlwind?”

In a warmer world the atmosphere can hold more moisture, which means more thunderstorm-driven heavy rainfall events, explains Carbin. “One could then take the leap,” he says, “that the probability of a storm being able to loft small animals from ponds and other places might also increase.”

Is the world ready for a cownado?