Why Don’t Young Farmers Get Insured? 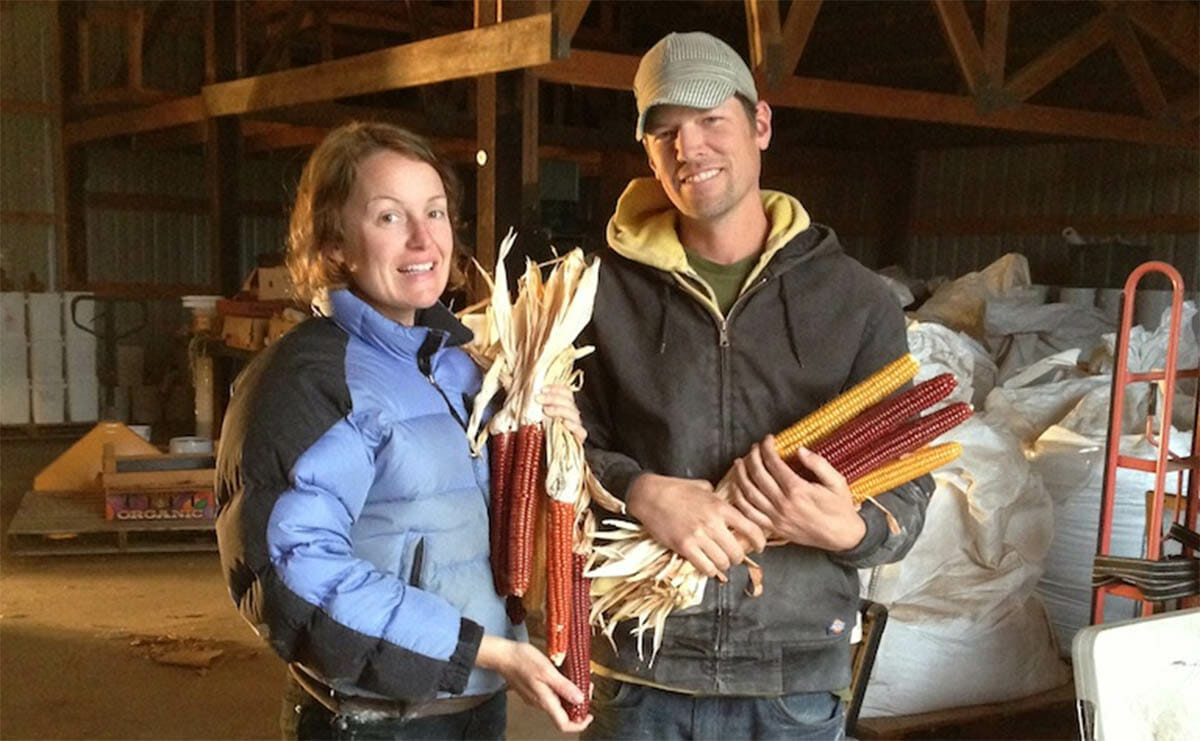 Since 2003, the Whites have farmed corn, heritage grains, vegetables, seed crops and heirloom beans on 30 acres of land near Eugene, Oregon. In 2012, Jeff dragged his old combine into the front yard for repairs. The machine lacked many of the safety features of newer equipment, but it fit the size of his farm and its narrow profit margin. It was August, the heart of the harvest season, and he wanted to fix the head-lift adjustment controlling the height of the blade.

Then, a bar broke free of the combine, slicing through the bill of his John Deere cap and his nose before stopping at the foundation of his eye socket. Without the hat tipping his head, Kasey thinks the bar could have cut Jeff’s chin and mouth.

In reality, he lucked out. Jeff was home from the hospital in a little more than 24 hours. His eyesight was intact and two hours of surgery had made his nose whole again. He had slight nerve damage and his eye socket was broken, but after resting and healing the only physical evidence of the injury was a thin scar down the middle of his face.

The injury had a much more lasting legacy on paper. The catastrophic insurance the couple had on the farm only covered injuries to others, so Jeff and Kasey got stuck with a $19,000 bill from the hospital. Other costs broght the total expense to about $30,000. Without a remarkable crowd-funding effort from FarmON!, a local farm advocacy group, and the willingness of the hospital to forgive some of their debt, the couple likely would have lost Lonesome Whistle. They still have $4,000 in outstanding debt.

“Jeff jokes that it was the best thing that ever happened to him because the support that we got was really heartwarming,” says Kasey. “We thought, ‘this is actually why we are farming.'”

‘I don’t think Obamacare is easy to navigate by any stretch of the imagination, but you can actually find a plan that’s a good value at market cost.’

Emily Oakley, the Interim Director of the National Young Farmers Coalition (NYFC), said she wished that Jeff and Kasey’s situation was an exception, but that many farmers new to the business often go without health insurance despite the risks of the occupation. About three in four farmers are self-employed, so they don’t have access to employee-sponsored health insurance. Tight profit margins tempt many into hoping that they can skip on coverage all together.

“In the face of costs like irrigation, compost and feed — just the basic things you need — health insurance can seem like a bonus you may not be able to afford,” she said. “But it is in fact an essential part of doing business regarding you and your safety.”

In a 2011 survey of more than 1,000 farmers, the NYFC found that health care ranked as the third largest perceived obstacle to new farmers entering the business just after access to land and capital. Part of the organization’s mission is to do what it can to ease those barriers to entry.

A recent blog the NYFC commissioned from Bisi Ibrahim, an expert at Nerd Wallet Health, laid out some of the best healthcare options available to new farmers. A spouse’s employer plan is an easy choice, but many farmers are single or work with their spouses. A part-time job, membership organization, or an extension of previous employer insurance under COBRA can help farmers avoid the high-cost of the individual market place, but again, not all have access.

About three in four farmers are self-employed, so they don’t have access to employee-sponsored health insurance. Tight profit margins tempt many into hoping that they can skip on coverage all together.

The Affordable Care Act, best known as Obamacare, is a solid option for self-employed farmers who qualify for subsidized premiums. But as Jeff and Kasey found, choosing it wasn’t easy for them or really anyone else in Oregon. The couple had to wait three anxious months for the exchange to sort out their application, but at long last they got their notification in February. Together, they had a health insurance plan with a fair price and deductible.

But just as the ACA may have nudged open the door for new farmers, it has pressed new burdens on established pieces of the industry. In a joint report of the New York Times and Kaiser Health News, insurance brokers and health providers estimated that meeting the law’s minimum health plan would add about $1 per hour per field hand to the bottom lines of California’s $43.5 billion agriculture industry.

Still, Oakley hopes young farmers consider all their options. She has a farm herself in Oklahoma and has heard far too many stories like the one at Lonesome Whistle.

“I don’t think Obamacare is easy to navigate by any stretch of the imagination, but you can actually find a plan that’s a good value at market cost,” she said.

“The more we can address those concerns the more likely people are to get into farming and stay in farming.”