Alright, we know climate change will hurt agriculture, but how, where and what farmers will it hit the hardest? This morning, the International Panel on Climate Change (IPCC) came out with a few answers. 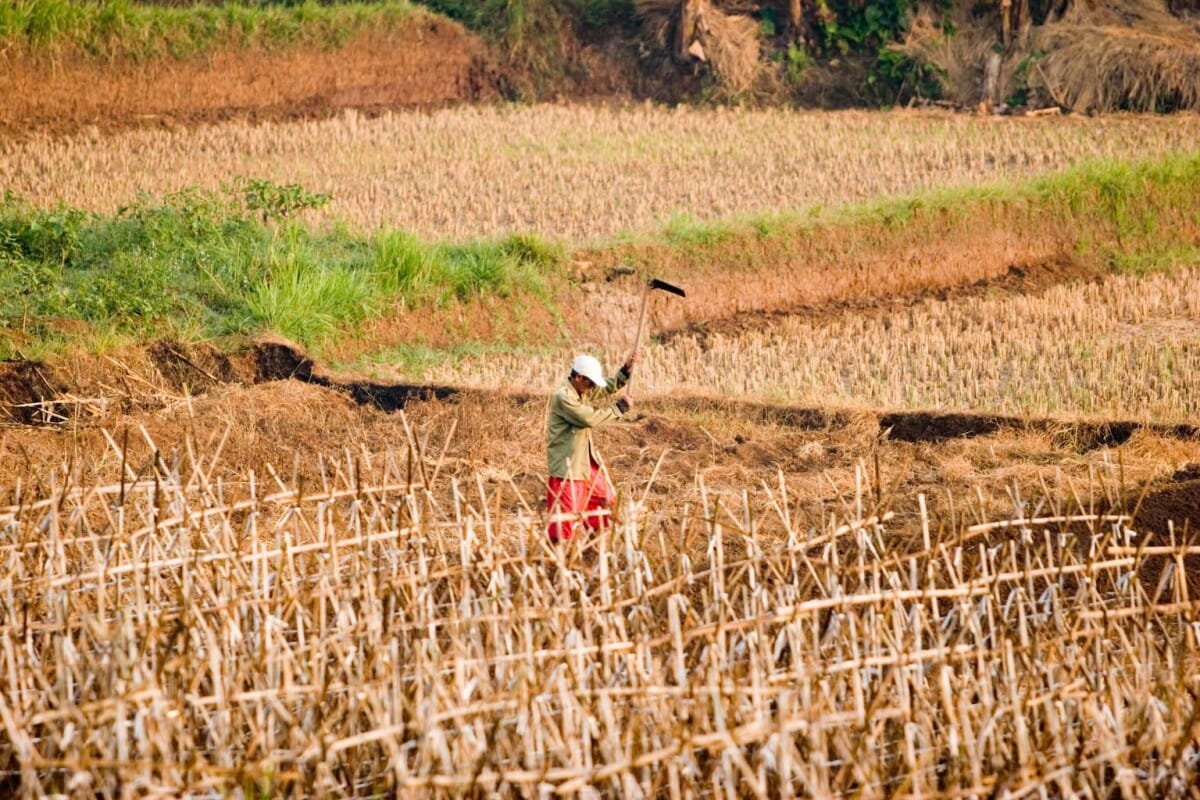 The release from Kyoto focuses on the impacts, adaptations and vulnerability of the world population to the consequences of climate change. It marks the second in a series of three working group reports that together make up the Fifth Assessment report (AR5) from the IPCC. The panel will cap the project with a synthesis report this October.

The official version of the the Working Group II report can be found here on Monday morning, but a draft scientists prepared in October 2013 had already been leaked on the web. It provides an unofficial but telling look into how the world’s best scientists have assessed the main risks put to agriculture.

All together, the panel dropped many of the super-specific predictions that earned rebukes in the past like the claim that yields in some parts of Africa could drop as much as 50 percent by 2020. Instead, they struck a tone of well-founded risk assessment. This is a report for a savvy poker player — or maybe farm investor. It is not a piece of Biblical plague literature.

Still, the challenge feeding a growing population in a warming world only appears more daunting compared to the last report in 2007. Here’s why and what the IPCC thinks we might be able to do about it:

Climate change is already a burden for world agriculture

All these predictions wouldn’t mean much if current events didn’t back them up. The first sentence on the executive summary gets right to the point of the present: “negative impacts of climate trends have been more common ones.”

The list of farmers in the report who have already faced the pitfalls of climate change is a long one. Farmers in Bangladesh have watched rising waters. Arctic indigenous people have seen dwindling access to hunting grounds due to changing weather conditions. Small-scale farmers facing a 20-30-year period of drought in Ghana have stomached “emotional distress,” and a “sense of loss.”

The scientists won’t say that human greenhouse gas emissions have resulted in those specific consequences, but they’ve been watching since the last report in 2007. Droughts, floods and changing weather patterns are an increasing problem for farmers and those consequences fit with predicted patterns of climate change.

The 2007 report made warmer temperatures out to be a mixed bag for global agriculture. Sure, some crops at low latitudes would wither in the heat, but at least for the next few decades new production at high latitudes would pick up the slack.

Such a win-some-lose-some assessment was absent this time around. “With or without adaptation, climate change will reduce median yields by 0 to 2% per decade for the rest of the century, as compared to a baseline without climate change,” wrote authors of the leaked draft.

The scientists ranked that prediction at medium confidence, but it ran along side a daunting note — over the same period, crop demand stands to increase by about 14 percent per decade.

Agriculture worldwide needs to make some major shifts in distribution and production to get more food to a hungrier population. Climate change just won’t make it any easier.

While it was a low-confidence prediction, WGII estimated rising CO2 levels could reduce the effectiveness of herbicide and open new regions to pests and plant disease.

Studies connected to AR4 have shown that cereal crops grown in elevated CO2 end up having less protein. That’s because both biotic and abiotic stresses on the plants could make it harder for them to process air, water and minerals, making foods less nutritious for humans and their livestock.

Farmers can adapt, but it might get harder as humanity turns the global thermostat

Right now, a few small changes to planting dates and crop selections could go a long way for farmers facing the consequences of climate change. That might change as the world warms further:

“Limits to adaptation will increasingly emerge for such incremental adaptations as the climate further changes, raising the need for more systemic or transformational changes (limited evidence, medium agreement),” wrote the authors.

Farmers also won’t have an equal opportunity to adapt

Much of the report sets up a framework for adaptations, but notes that not all farmers will have an equal chance to mitigate consequences.

If you are a 21st century farmer, here’s where you want to be: somewhere cool with some cush crop insurance and government that is willing and able to help out. Having a wheat-based system would be best. Avoid the tropics, where even aggressive adaptation efforts might not do much good in combating higher temperatures, extreme weather volatility, droughts or rising sea levels if you are farming in a low-lying area.

And again, the higher the thermometer climbs, the greater the possible disparities in the adaptive capacity of regions: “…local warming of about 4 [degrees Celsius] and higher above pre-industrial levels is projected to result in differences between crop production and its population-driven demand becoming increasingly large in many regions (high confidence), thus posing very significant risks and challenges to food security.”

Working Group III will release the final report of the series on the mitigation of climate change on April 11.

Note: All statistics, conclusion and quotes in this article have been taken from a leaked draft of the IPCC’s report from Working Group II, not the final version released on Monday, March, 31 2014. Special thanks to Kevin Henry at Colorado State University for assisting in the analysis of the leaked version.