The Imbibes of March

A look at a biÁ¨re de Mars, a once common, now rare type of spring beer. 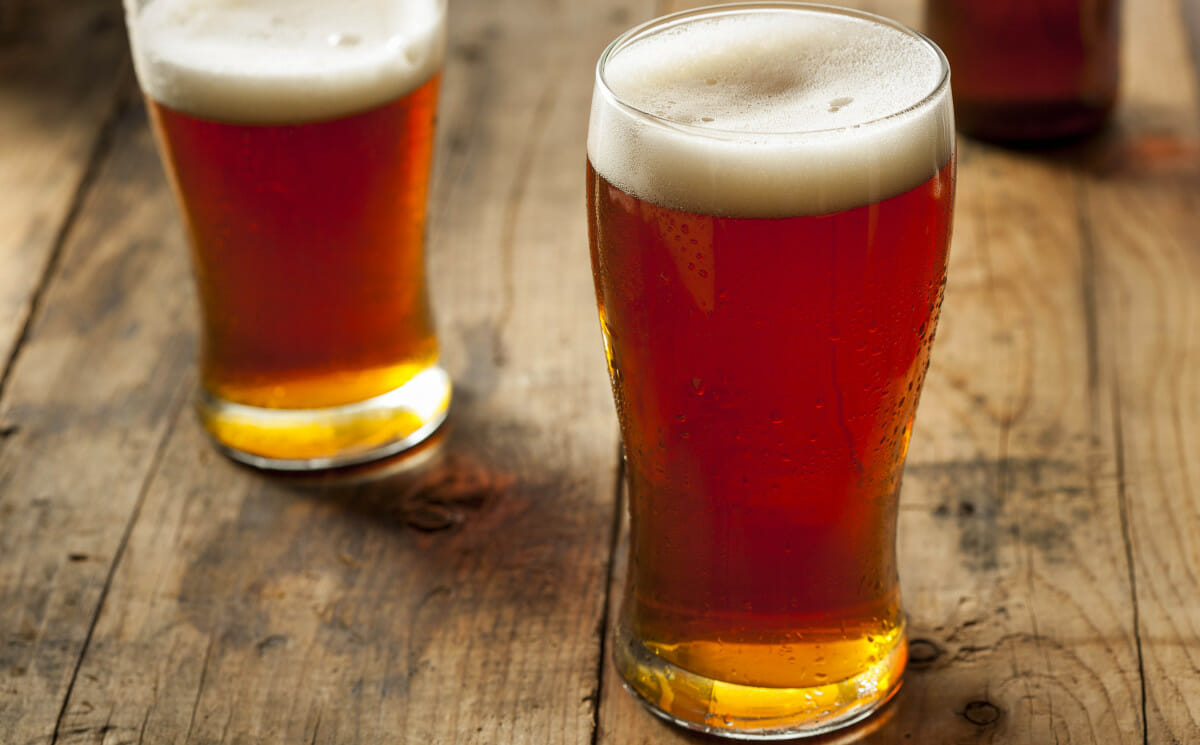 “Mr. Roger Piper, having been a Cambridge man, knew the value of beer,” states an 1855 article in Bentley’s Miscellany. As the story goes, Mr. Piper once found himself near Paris, where an old lady gave him an enormous bottle and a glass, and he “drank, without pausing, until he emptied the flask.”

What did the Cambridge man find so irresistible? It’s a now rare kind of brew, biÁ¨re de Mars – “March beer,” named after the month. Once a springtime specialty whose fruitiness, yeastiness and moderate bitterness are associated with the farmhouse brewing traditions of France and Belgium, it fell out of favor as Kronenbourg, Stella Artois and other mass-market, year-round lagers rose in popularity.

But now, a century and a half later, the style is once again capturing the imaginations of beer enthusiasts – not to mention craft brewers, who, in keeping with a broader interest in the forgotten tastes and techniques of the Slow Food movement, have lovingly revived it.

‘For me, biÁ¨re de Mars is something that faded along the way, and now us crazy American brewers are digging up history as inspiration’.

“For me, biÁ¨re de Mars is something that faded along the way, and now us crazy American brewers are digging up history as inspiration,” says Peter Bouckaert, brewmaster at Colorado’s New Belgium Brewing.

Compared to the Franco-Belgian styles known as saison and biÁ¨re de garde, biÁ¨re de Mars is rare and poorly documented, so defining what historical examples tasted like requires work bordering on the archaeological. One of the only clear things is that farmers helped invent it. More than almost any other beer, biÁ¨re de Mars evokes a seasonality that characterized premodern brewing, which took place when temperatures were relatively cool: in March, for instance.

Still, the significance of the beer’s name, like its original identity, is something of a mystery; similarly named springtime beers have existed throughout Western Europe. According to the historian Philippe Voluer, biÁ¨re de Mars was typically brewed in France and consumed in mid-March in honor of the Roman god Mars. “The Oxford Companion to Beer,” however, asserts that the name applied to low-alcohol versions of Belgium’s famous lambic beers. The English, meanwhile, brewed strong “March beers” for cellaring, and Germany is home to a lager known as mÁ¤rzen.

It’s all confusing enough to make one want to reach for the nearest flask. And yet the narrative espoused by Voluer – call it the French Connection – has emerged on top, inspiring a handful of brewers in America.

Phil Markowski, formerly of Southampton Publick House, began producing what may have been the first American biÁ¨re de Mars in the mid-2000s. “There’s not a lot of hard facts to go on,” admits Markowski, now the brewmaster at Two Roads Brewing in Connecticut. Relying on research and lore, he riffed on biÁ¨re de garde, the malty, often amber-colored beer native to northern France. More hops and a cold fermentation yielded a spicier, crisper flavor profile, consistent with the fresh ingredients and the spring weather of an agrarian past.

The lack of concrete detail offers brewers a sort of liberation. “I’m not a beer historian by any means; I’m more of a beer imagineer,” says Ron Jeffries, founder of Jolly Pumpkin Artisan Ales in Michigan. Jeffries compares his biÁ¨re de Mars to a tempestuous Michigan March – “a kind of stormy brew” that is bold, rustic and aged for four months in oak with bacteria and wild yeast, resulting in a sour, almost wine-like ale akin to certain Belgian beers.

Bouckaert, of New Belgium Brewing, took the experimentation even further in 2000, when he brewed a biÁ¨re de Mars with citrusy American hops, lemon peel and lemon verbena.

“I just wanted to make something beautiful, for people to say, ‘Wow, what is that?’ ” he says.

In other words, he hoped they’d react like a certain Brit in Paris, who knew the value of biÁ¨re de Mars.

Even for devotees, biÁ¨re de Mars – often brewed seasonally, in small batches and by a limited number of brewers – can be hard to track down. Here are two to seek out, as well as two biÁ¨res de gardes, which are similar in taste and easier to ï¬nd.