They're high on the hog at England's expanding local food and hotel empire, The Pig. 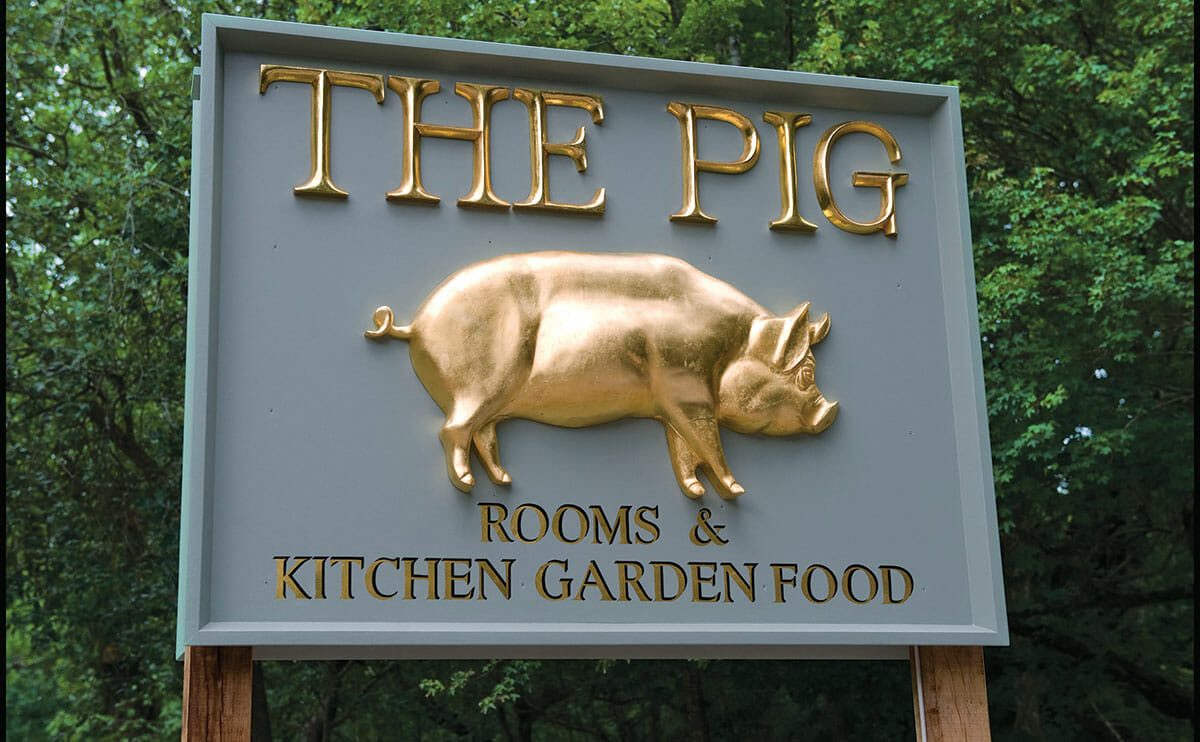 Something is happening in the British country hotel scene. Following the success of the first, imaginatively conceived and cheekily named The Pig hotel in New Forest, Hampshire, this year sees two new The Pig hotels open, the first in Somerset in March 2014, the second in Dorset in May or June 2014. At the heart of each of these rurally located, shabby-chic, middle-bracket, distinctly contemporary hotels is an emphasis on field-to-fork dining. The man behind The Pig hotel group (or should that be “herd”?) is experienced hotelier Robin Hutson, co-creator of the influential Hotel du Vin group, which was at the forefront of Britain’s boutique hotel movement in the nineties. Itis a sign of the times that instead of focusing on sleek, chic design, Hutson’s new hotels are firmly rooted in locally sourced food production. These are hotels with a sense of terroir at their heart. Local is celebrated; provenance is prized. 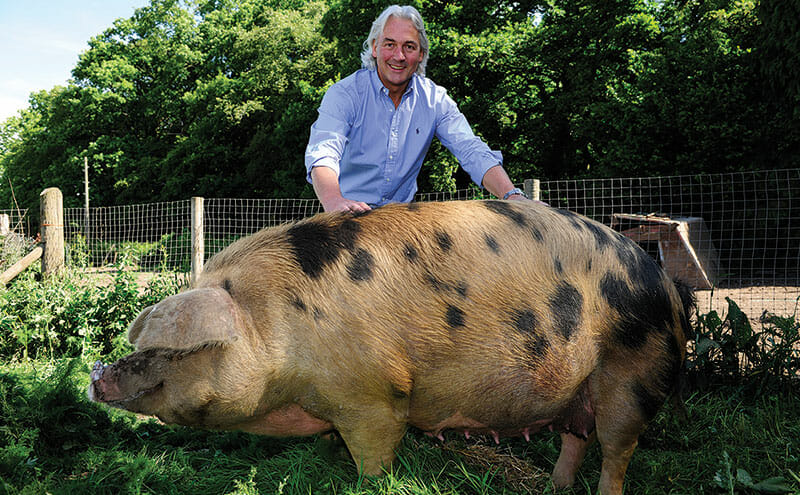 What provided the creative spark for Hutson to create The Pig hotel group? It was a walled kitchen garden. Hutson had acquired what is now The Pig in Hampshire as part of a portfolio of properties. At the time, it was a “scruffy little hotel, losing money,” he says, but it had one redeeming feature – the hotel’s walled kitchen garden, at the time neglected and filled with weeds. “We thought: ‘Let’s try and bring the kitchen garden to the forefront of everything we do,’” he says, “and let that be the influence to our style.”

The food on offer at all The Pig hotels today, therefore, comes as much as possible from the hotel’s own kitchen gardens, supplemented by sourcing within a 25-mile radius. The hotel chefs are kept busy curing meats (including home-reared pork, naturally), pickling and preserving produce and foraging. “We try to touch every plate with something from our kitchen garden. In the summer that’s very easy,” says Hutson, “while in the winter that’s more challenging.”

Eschewing the formality of traditional country house hotel dining – where meals are elaborate, formal affairs and the food is “a pretentious gastronomic experience, which came at a cost,” says Hutson – The Pig hotels offer an altogether more relaxed experience. “It’s kick off your shoes and sit back. It’s anything, anytime, anywhere. If you want to have lunch at 5 in the afternoon you can. At The Pig in Hampshire we have a little potting shed, where you can have a massage. You can have a kitchen garden tour with the gardener. It’s all very chilled.”

Hutson is making sure that each of his hotels is an immersive experience. The Pig in Somerset is a “lovely, mellow house,” says Hutson, spectacularly located in its own deer park, with a herd of around 120 fallow deer, which will be used to provide venison for the hotel menu. The Pig in Dorset, in another characterful building, looks out over Studland Bay; with “only our fields between us and the sea, you can’t see another building.”

With The Pig in Hampshire busy since it opened in 2011, Hutson, yet again it seems, has tapped into the hotel zeitgeist. “I really sense that there is a realism and earthiness to people’s aspirations these days,” he says. Appropriately, he sounds as happy as a pig in clover.

(All photos by Phil Yeomans/BNPS and Giulia MulÁ¨, courtesy of The Pig.)