Y Combinator startup FarmLogs is bringing big data to farms - with big investments behind it. 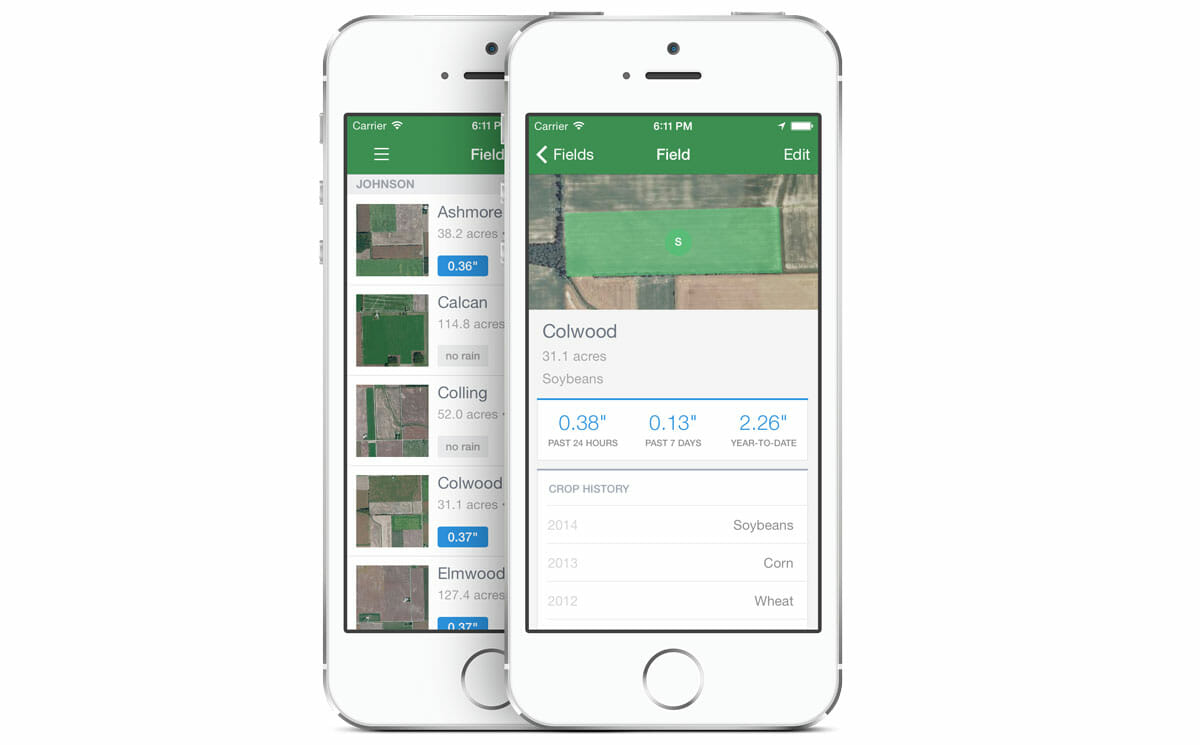 After all, she has some experience with uncertainty. She’s a farmer.

“Why don’t you just get a job with Google? You will move up so fast and be running the show there and have a paycheck,” Dawn Vollmar recalls telling him.

She wasn’t too surprised with their son’s career choice though. He had been building technology for their fifth-generation organic farm in Michigan for years. But FarmLogs, which Jesse founded with Brad Koch, a high school friend, is a far cry from the grain elevator database he built for his family back in college.

The software utilizes various sets of big data, like those from the National Weather Service, with detailed precipitation information, and the National Agricultural Statistics Service, which supplies crop history for 23 million fields in the form of satellite imagery.

And it’s safe to say her son has a stable future ahead of him. FarmLogs recently announced it had received $4 million in investor financing. Although the platform is only two years old, it is used by 5 percent of row farmers in the U.S. and across 130 countries. Their growth was spurred in part by their participation at Y Combinator, a prestigious startup boot camp of sorts, which aids startups with seed capital and connections in the industry, in exchange for equity in the company.

FarmLogs simplifies almost every aspect of running a farm: budgeting for the season, scheduling and monitoring work on far-flung fields, finding market commodity prices, and reminding farmers when to bring their tractors in for service. The software utilizes various sets of big data, like those from the National Weather Service, with detailed precipitation information, and the National Agricultural Statistics Service, which supplies crop history for 23 million fields in the form of satellite imagery.

While big data is starting to be used in nearly every business sector, farming has lagged behind. Startups that might be inclined to distill large quantities of data for customers are “ignoring farming,” says Vollmar. And the companies that are using big data on the fields are expensive and lack the knowhow and nimbleness of tech startups. FarmLogs combines the field experience with technical knowhow, and they offer free versions of their software for farmers.

“When you come into our product as a new farmer you can start clicking on your field and we already know the rain fall and crop history and what yield looks like for those fields,” says Vollmar. With this information, a budget for the season can be done in a matter of seconds, says Vollmar. “Agriculture really boils down to a science. It’s agronomy. And it can be optimized by applying data science.”

FarmLogs is cloud-based, meaning it lives online, is easily accessible to smartphones and can be updated on various platforms by many users. It also makes nimble development easier. FarmLogs pushes updates to its users regularly.

Dave Kermicle used various software systems and lots of spreadsheets before he started using FarmLogs to manage his 3,500 acres of corn, soybean, and wheat in Illinois. He doesn’t know what the cloud is, but he likes that his information is “just all there.” It’s not perfect, nothing is, he says. But when he calls FarmLogs with suggestions, he’s listened to, usually by Vollmar himself. Kermicle recently suggested adding more categories to the equipment maintenance feature. Those additions will be rolling out soon.

FarmLogs can also be particularly helpful for organic farms, where record keeping is key for certification.

The next stage for FarmLogs is to incorporate data from specific farms, small data, into the program by connecting tractors and combines to the internet. A simple dongle plugged into to a tractor will relay information, such as how much fertilizer was used in a particular area, how many seeds were planted, and eventually yield data. This information will be combined with the big data already in use. Was it the rain or the new seeds that helped this season? This data will help farmers find out. Vollmar expects to roll this out in beta in time for the upcoming wheat harvest, or summertime for those not on the fields.

‘One way that older generations can convince the family to step up and take over the farm is by being open minded to technology.’

Farmlogs was obviously inspired by Vollmar’s upbringing, but FarmLogs also developed out of frustration. “Big companies like John Deere and Trimble really have not been making the right kind of improvements at the pace that the broader technology industry has moved at,” he says. But big-ag may be catching up. Climate Corporation, which combines useful data for farmers along with insurance, was recently purchased by Monsanto. John Deere, DuPont, and Dow Chemical have joined forces to use data relayed from tractors to make recommendations to farmers on planting, seeds, fertilizers and other inputs.

Farmers are no longer asking if they need technology but what kind, says Vollmar. “Internet connectivity out in rural areas has now reshaped what’s possible.”

Even those farmers who are still skeptical get something out of Vollmar’s sales pitch. “This is a way for you to bridge the gap between your sons and your grandsons that you want to take over the farm,” he tells them. “I think that one way that older generation can convince the family to step up and take over and be part of the farm is by being open minded to technology and allowing them to utilize that on their farm.”

Although his family’s farm uses his technology, Vollmar won’t be taking over the family farm himself anytime soon. For now, working on FarmLogs, he says, “is the way for me to make the biggest impact on the farming community.”