Cows on the Edge

For centuries, families have inhabited chalets that dot the valley, caring for herds of small brown and spotted cows that traverse the steep, rocky terrain. Photographer Céline Clanet lived with the valley farmers on and off for two years, documenting their work as part of a project for the Fondation Facim, an organization dedicated to […] 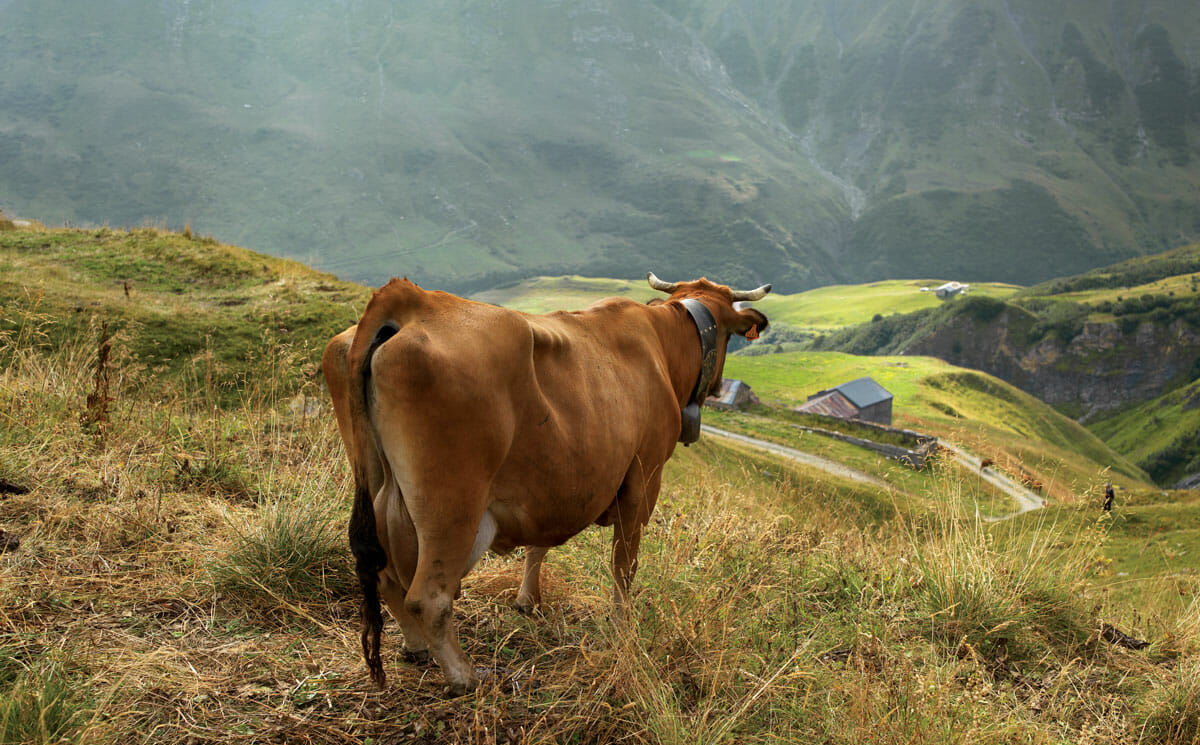 For centuries, families have inhabited chalets that dot the valley, caring for herds of small brown and spotted cows that traverse the steep, rocky terrain. Photographer Céline Clanet lived with the valley farmers on and off for two years, documenting their work as part of a project for the Fondation Facim, an organization dedicated to preserving the heritage of the region. 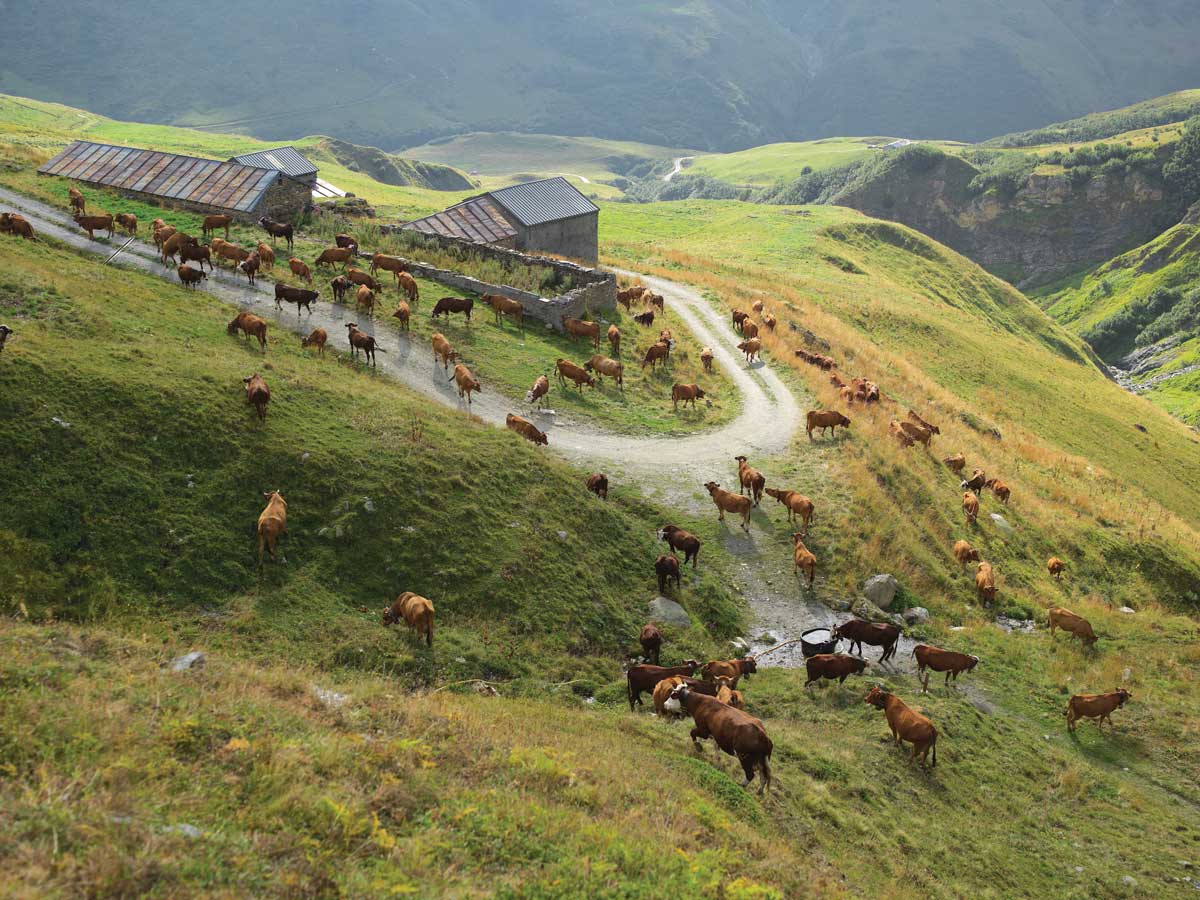 “They are like mountain monks,” says Clanet of the farmers, who rise at 4 a.m. to work with the cows, braving snow, rain and falling rocks. The herders must be extremely strong, and many are as young as 18. The work is so demanding that most forgo any kind of social life to carry on the family tradition. Most of the farmers in the Chapieux Valley will work with cows all their lives, following them up the mountainside, milking them, helping them give birth and tending to them when they fall ill. 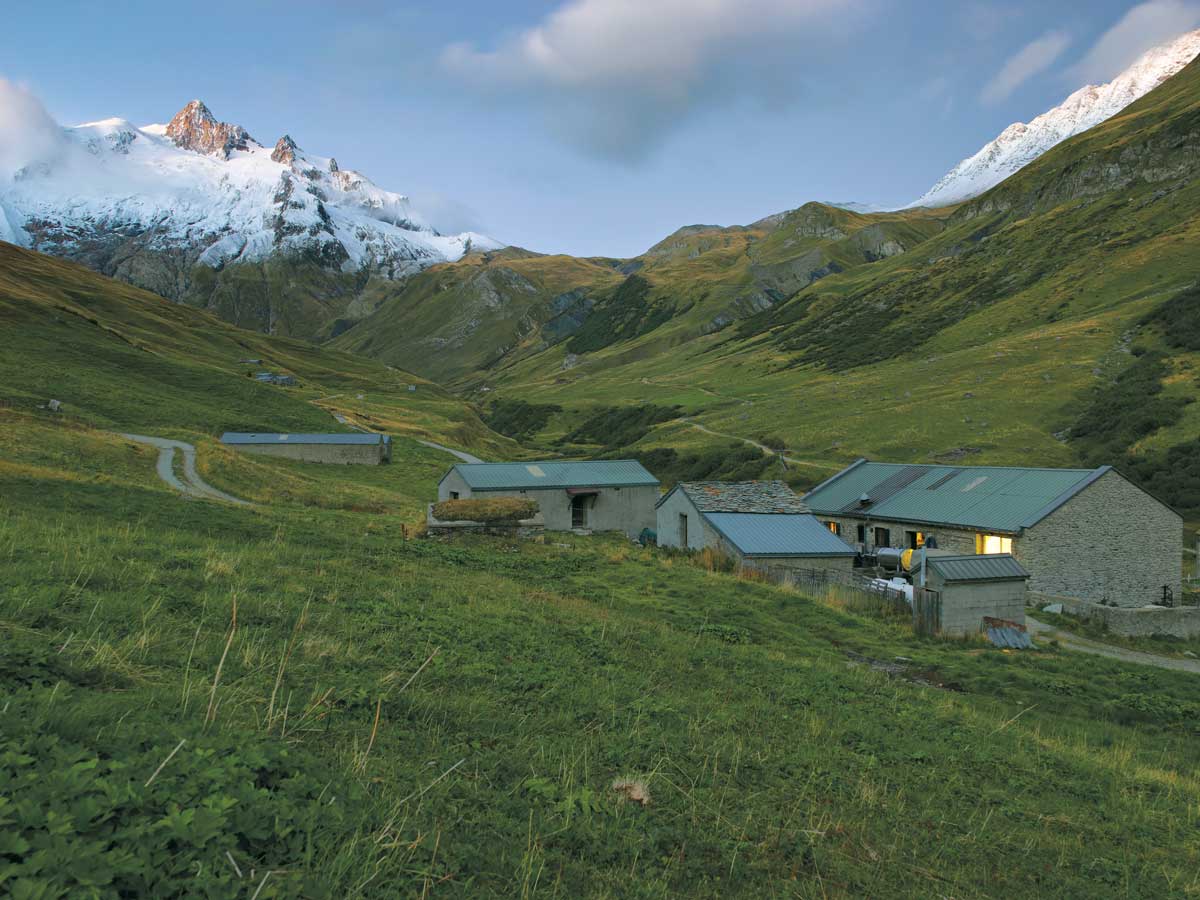 “They are living with their animals all the time,” says Clanet.

The herders work with two kinds of cows: the glossy, brown-coated Tarentaise and the Abondance, who have snow-white spots. Both are agile, small and resilient, able to navigate steep hills and withstand harsh weather. Newborn calves begintheir lives on the mountainside. During the winter, both cows and farmers retreat farther down the mountain as avalanche season sweeps in. 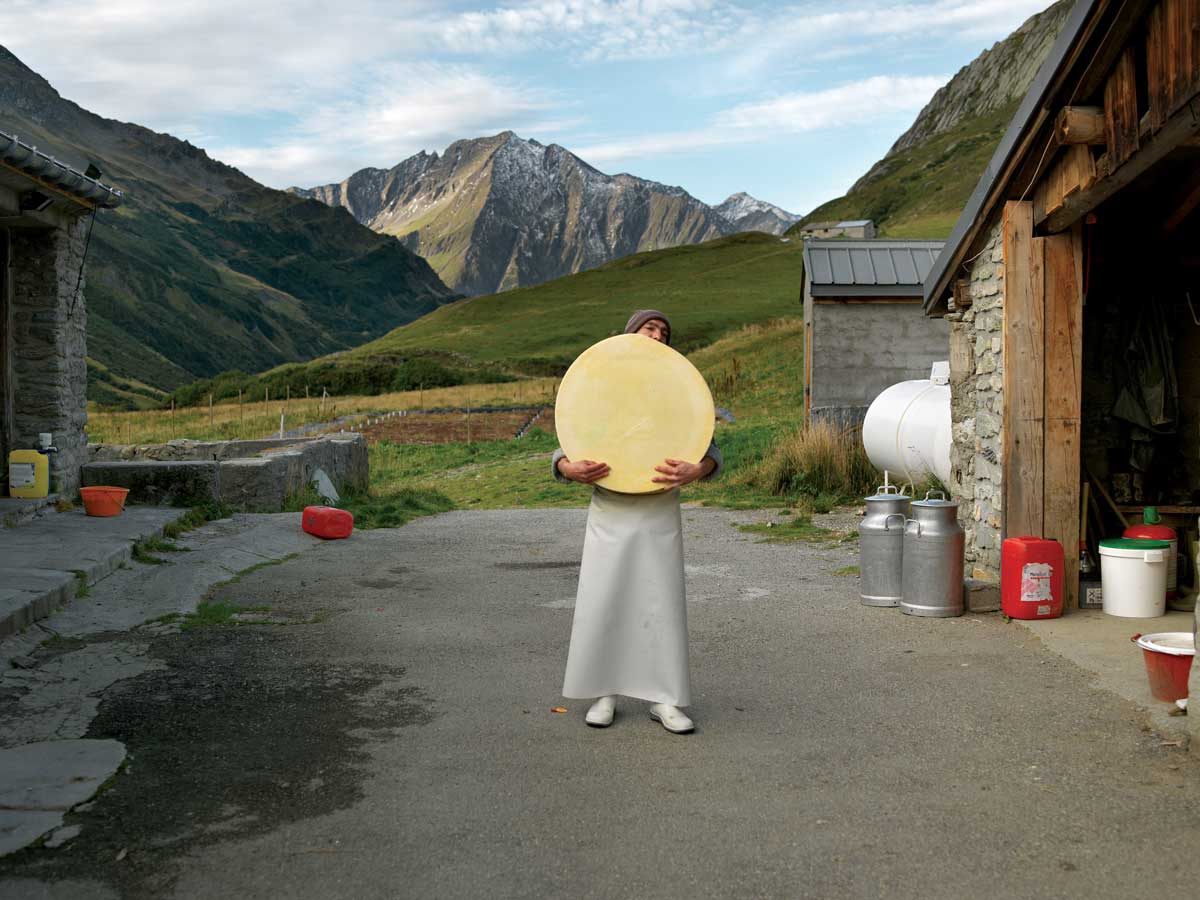 Farmers once milked the cows by hand and then carried the milk off the mountain on their backs. Now, they use automatic milking machines and roads, but still craft their specialty cheese, Beaufort d’Alpage, according to centuries-old tradition. There are three kinds of Beaufort cheeses, and the d’Alpage variety is the only one made in chalets in the Alps. Eaten alone or as fondue, the cheese is protected by the French government and can only be produced by Chapieux Valley cows, who live off the mountain grass and flowers. Wheels of cheese weighing over 100 pounds age in caves for up to 18 months before making their way to market. Beaufort can be bought in fine cheese shops around the world and costs about $35 for just over 2 pounds.

“It’s a very hard cheese, very tasty, not too strong,” says Clanet. “Not very sticky or stinky or smelly at all. It’s just so tasty.” 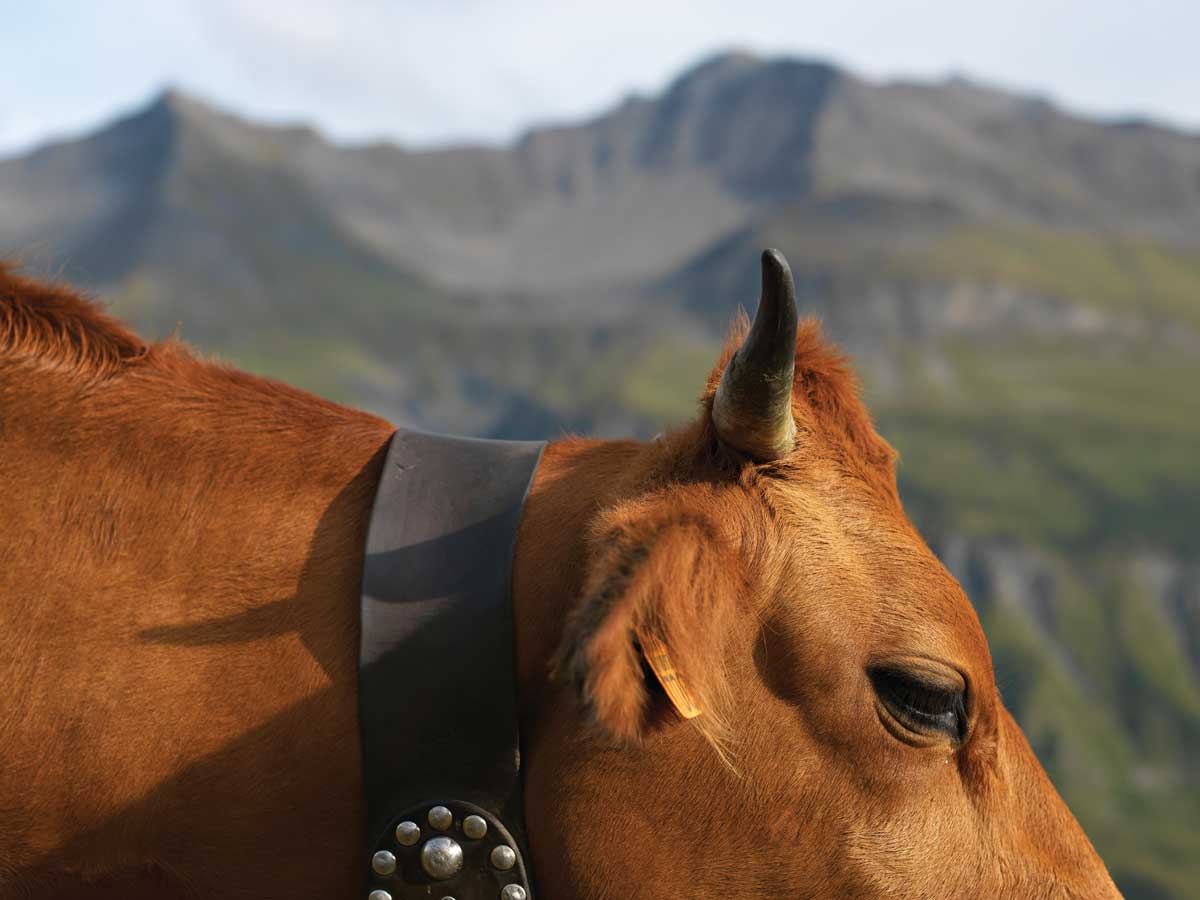