Butter is one of the oldest foods, dating back to 6500 BC. Legend says that butter was first discovered when a nomad tied an animal skin of cream to his horse. After a long journey the cream had turned to butter, and hey presto: butter is invented. But who has time to tie cream to […] 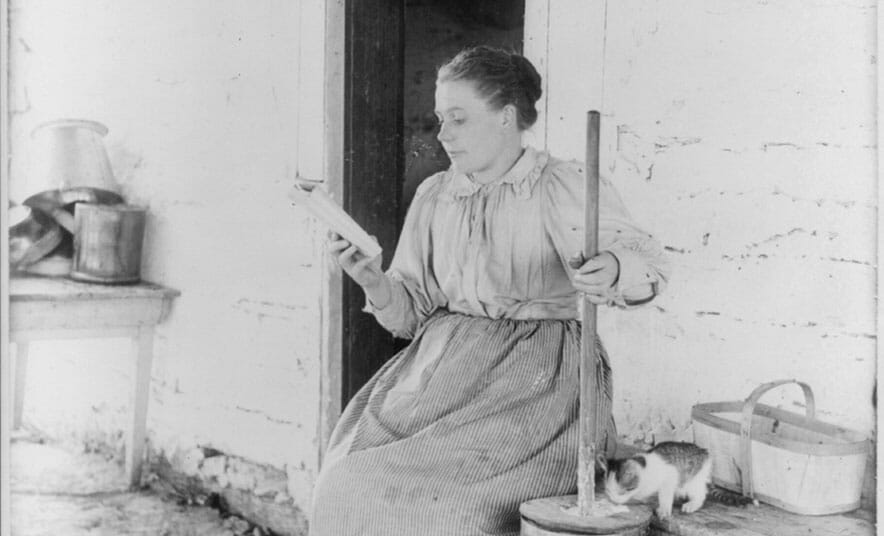 Butter is one of the oldest foods, dating back to 6500 BC. Legend says that butter was first discovered when a nomad tied an animal skin of cream to his horse. After a long journey the cream had turned to butter, and hey presto: butter is invented. But who has time to tie cream to the side of a horse and gallop around the countryside? This is where the churn comes in.

There are many different types of butter churns. The most common, and one of most classic, is the plunge churn. This worked by plunging a paddle up and down in a container, mixing the cream. This method dates back to the 500s. Other more unique methods included the crank operation and even a rocking chair powered churn.

Home production of butter was common in the U.S. into the 20th century, even with the advent of butter factories in 1856. Butter churns were often carved or painted with decorative features. Though the days of churning butter by hand are gone, people still seem to have a fascination with the beautiful churns of the past, with some selling for as much as $1,000.

We scoured the Library of Congress for some of the best pictures of butter churns, both at home and at the factory. 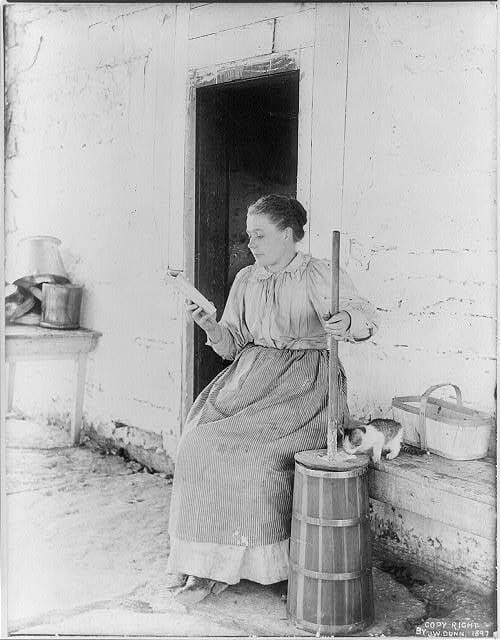 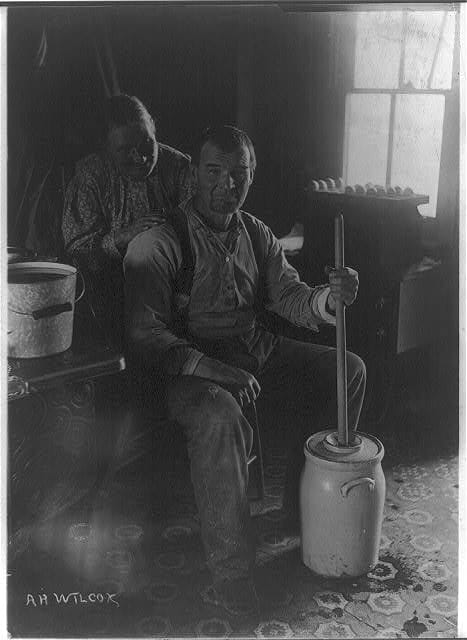 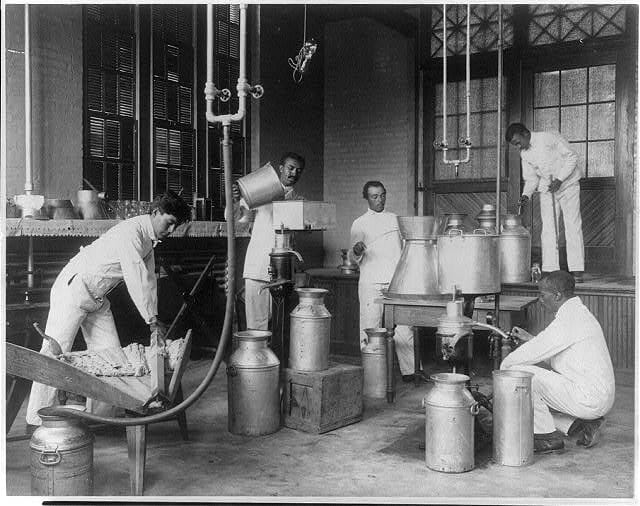 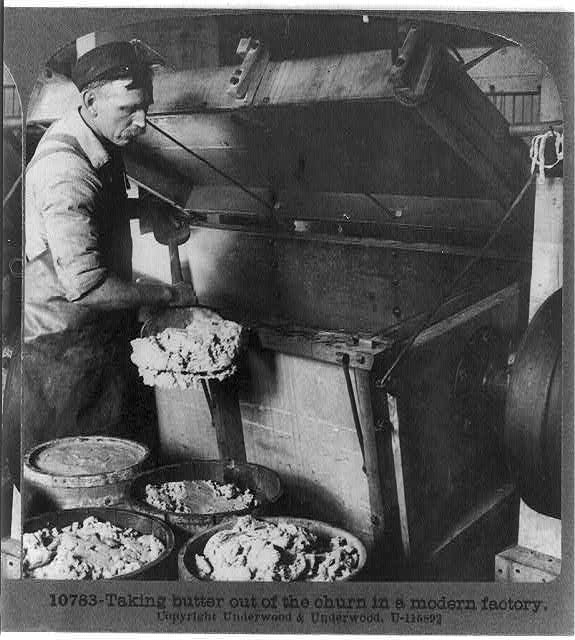 Taking butter out of the churn in a modern factory, ca. 1910. 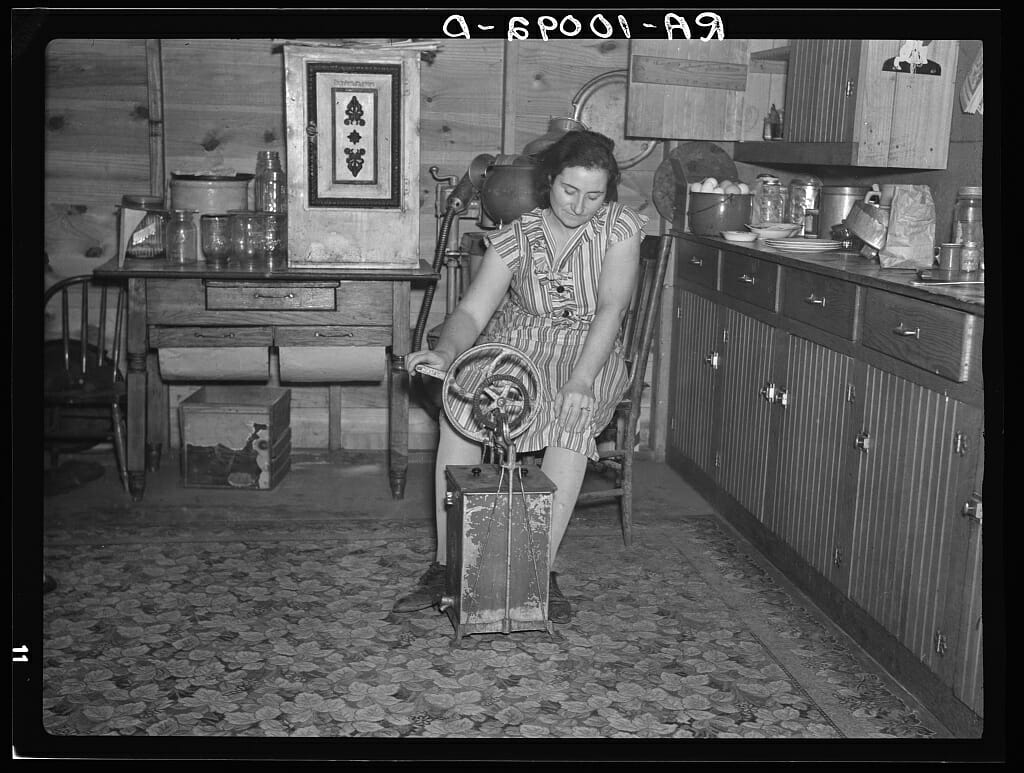 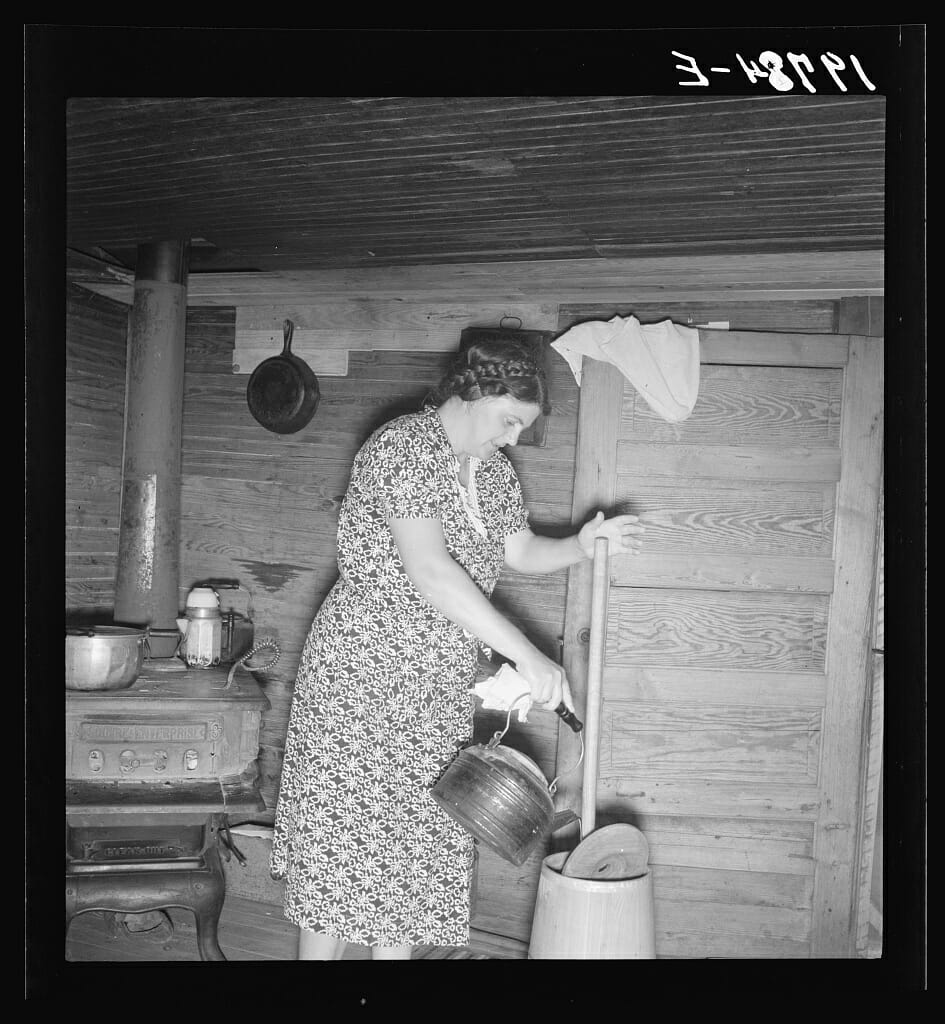 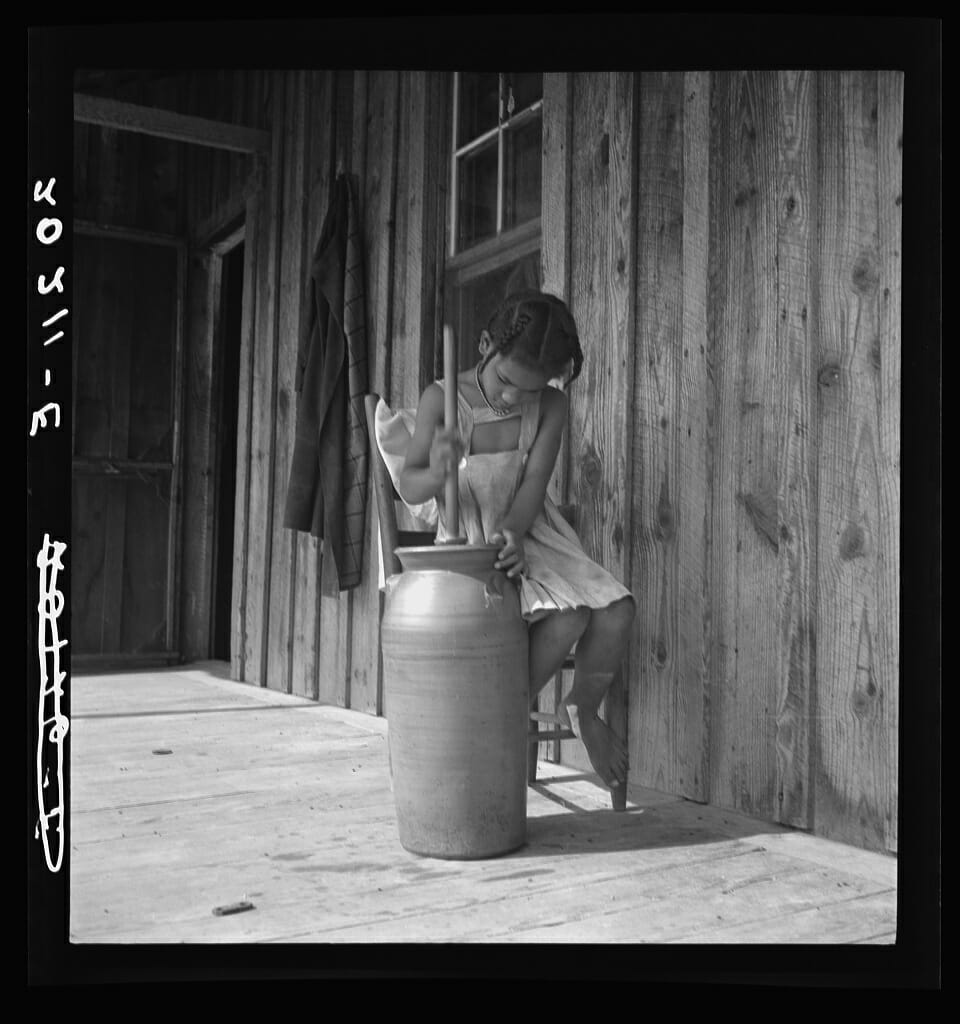 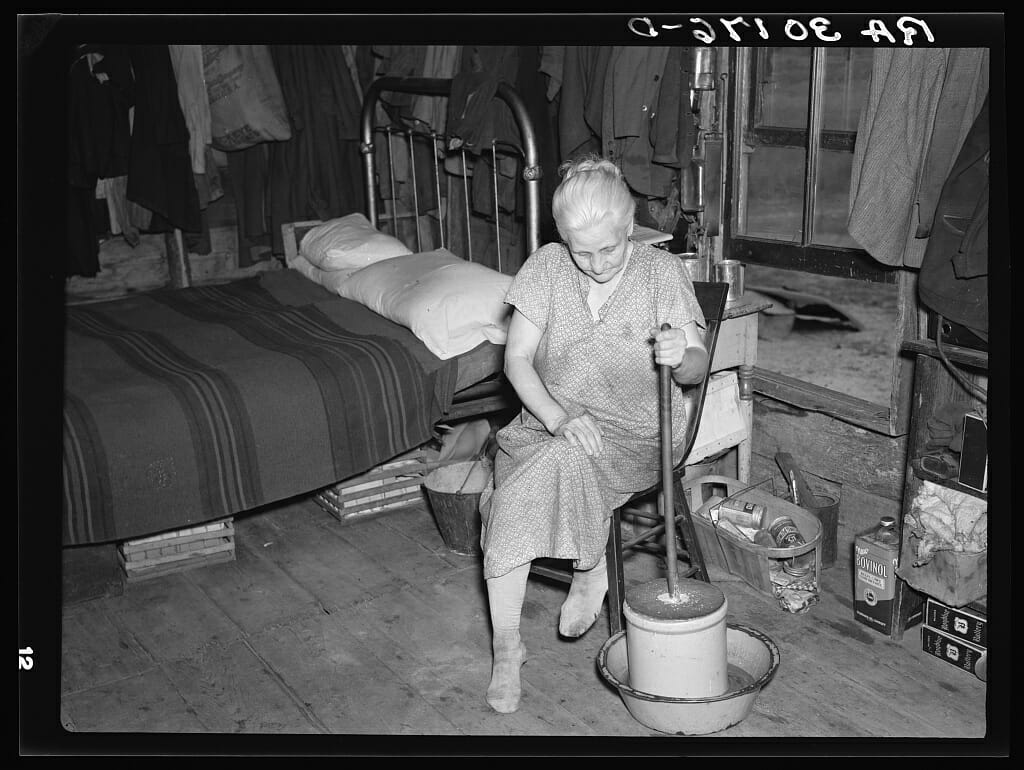 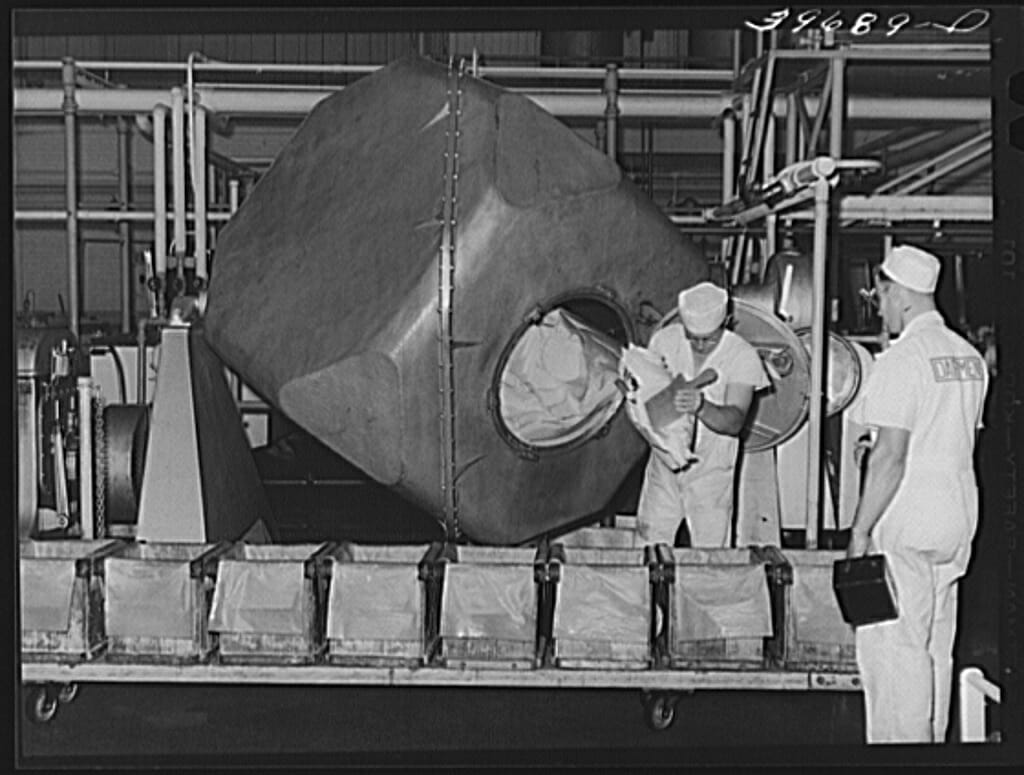 Taking butter out of churns at the Dairymen’s Cooperative Creamery. These are some of the most modern churns in the United States. Caldwell, Canyon County, Idaho, ca. 1941. 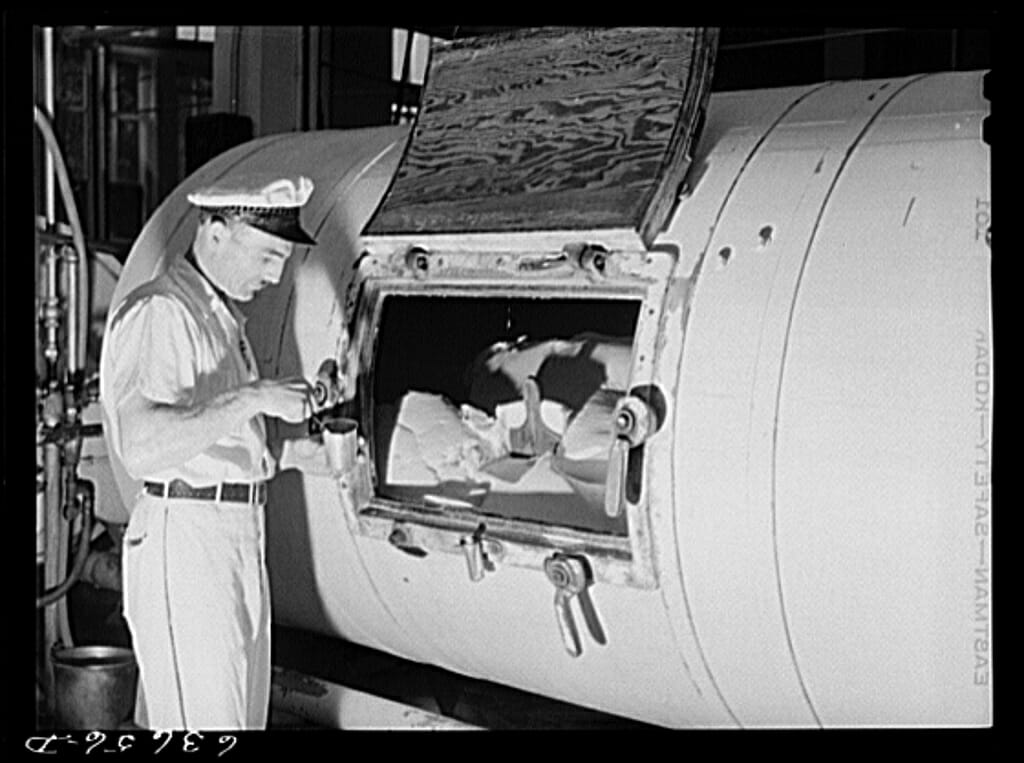 Getting sample of butter from churn. Portage, Wisconsin, ca. 1943. 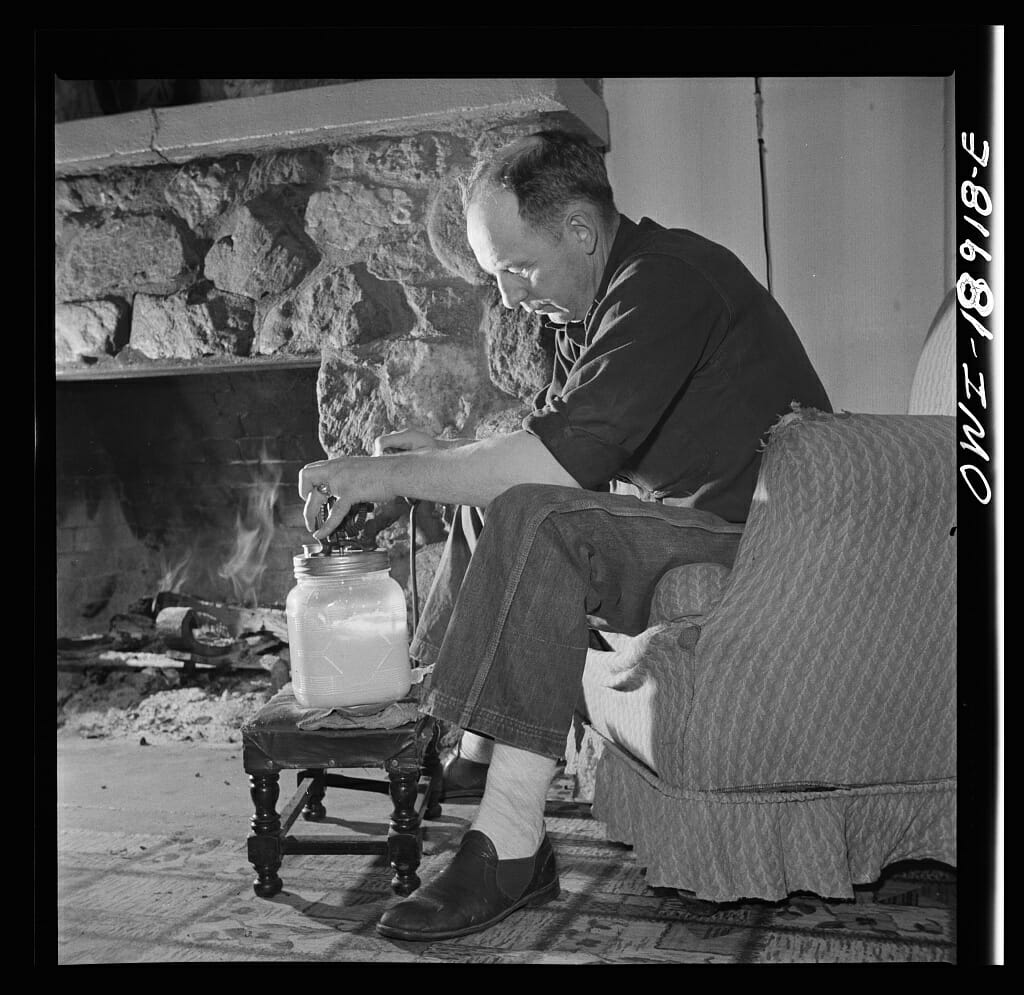 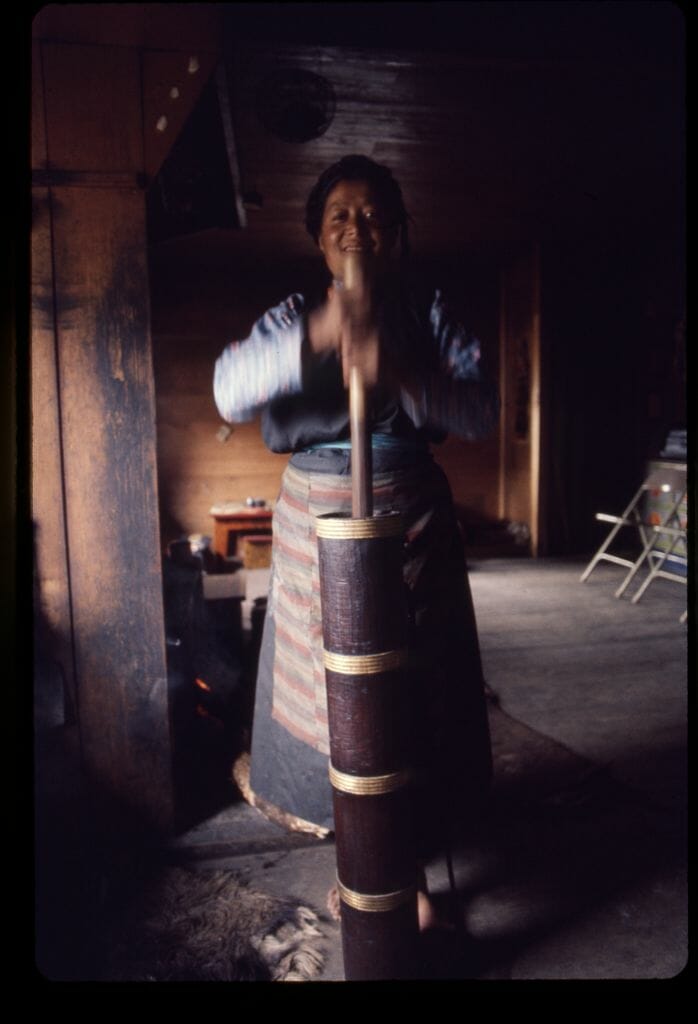 Popular
The Future of Hay Drying in AmericaLindsay Campbell
How to (Actually) Get Rid of Fruit FliesEmily Baron Cadloff
7 Smokable Plants You Can Grow That Aren’t MarijuanaBrian Barth
6 Differences Between Llamas and AlpacasAndrew Amelinckx
How to Get Rid of Spotted LanternfliesShelby Vittek
Explore Modern Farmer
Related
Food & Drink, Labor
The Chocolate Companies Working to Uproot Unfair Labor PracticesEmily Baron Cadloff
Food & Drink
Why Global Food Prices Continue to ClimbAlastair Smith
Cookbooks, Food & Drink
7 New Cookbooks We’re Cozying Up With This FallShelby Vittek
Food & Drink, How-To
6 Ways to Preserve Your HerbsLindsay Campbell
wpDiscuz
We use cookies on our website to give you the most relevant experience by remembering your preferences and repeat visits. By clicking “Accept”, you consent to the use of ALL the cookies.
Cookie settings ACCEPT
Privacy & Cookies Policy