5 Lawsuits Between Pig Owners and the State of Michigan - Modern Farmer
Animals, Plants

5 Lawsuits Between Pig Owners and the State of Michigan

Michigan tried to head off a looming wild pig problem with legislation defining what is and isn't a "wild pig." But that's only led to a number of lawsuits between pig owners and the state. 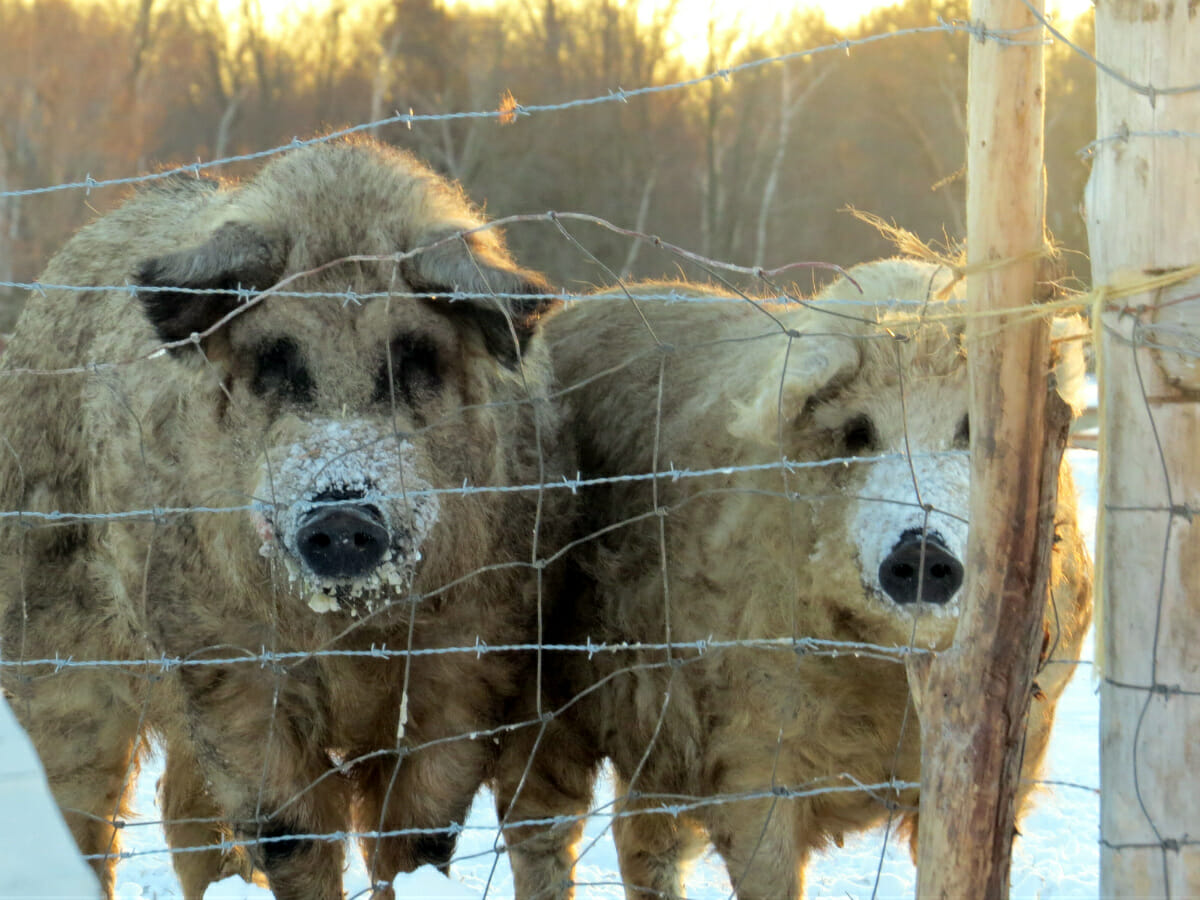 Around the country, no one really knows how to handle wild pigs. They’re as smart as they are destructive, able to breed much quicker than we can hunt them down. Florida and Texas are now dealing with hundreds of thousands of wild pigs — other states aren’t far behind. Michigan, with feral pigs numbering less than 3,000, wanted to head off the problem early.

In late 2011, the state’s Department of Natural Resources (DNR) drafted up legislation some might call, well, indelicate. It outlawed the possession of any Sus Scrofa pigs — in theory these are wild boars, descended from a proud European bloodline. But in practice, all pigs, domestic and wild, descend from Sus Scrofa. Wild pigs and domestic pigs have been crossbred for centuries; distinctions can be fuzzy.

In a declaratory ruling for the Michigan Animal Farmers Association, the DNR released a nine-point list of physical characteristics held by wild pigs. Among other things, it says wild pig hybrids can exhibit 1) “either curly or straight tail structure,” 2) “either erect or folded/floppy ear structure” and 3) have coloration that may be “solid black; solid red/brown; black and white spotted; black and red/brown spotted.”

If your swine matches any of these characteristics, it can be called a wild pig. It’s a wide net, one that’s snared many pig owners in Michigan.

Michigan’s pig laws have been contentious since Day 1, with many pig farmers and owners not knowing where they stood under the law. Some — like rancher Dave Tuxbury — slaughtered all their pigs to avoid felony prosecutions. Others have filed preemptive lawsuits against the state, to avoid sharing Tuxbury’s fate.

The following are five cases involving pig owners and the Michigan DNR.

Mark Baker, an ex-GI turned pig farmer, has become something of a cause célÁ¨bre among libertarians and raw milk advocates — the Farm-to-Consumer Legal Defense Fund is bankrolling his legal battles. Baker is prone to dramatic assertions and gun talk: “The only reason [the DNR] hasn’t stormed my property is that no one wants to get shot at by Baker.” 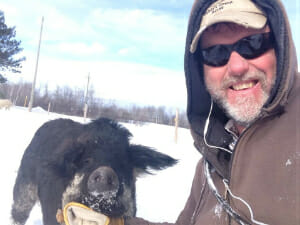 Baker raises Mangalitsa (his pigs are pictured above) and wild boar hybrids, often for sale to upscale restaurants. He contends that following the DNR’s rules will ruin his business, while not complying will land him in hot water — a felony conviction could mean two years in jail and a $20,000 fine.

Baker filed a suit against the DNR; they filed a counter-suit in response. His three-day trial is scheduled for March 11. Interestingly, Baker already killed off his more obvious wild pig hybrids — DNR spokesman Ed Golder says the state is willing to drop its case against him. But Baker believes his Mangalitsas possess “seven of the nine characteristics” listed on the the state’s declaratory ruling. He wants the rules changed.

“I’m not going to let this drop until they change that declaratory ruling,” Baker says. “Sure, they tell me my pigs are fine, but what happens when they shut down my farm later?”

The Turunens have two lawsuits going at once. Roger filed suit against the DNR in state court; his case will receive a ruling within 30 days. Brenda, a member of the Keweenaw Bay Indian Community (KBIC), is suing the DNR in federal court, claiming that an 1842 treaty between her tribe and the U.S. government precludes any state laws.

Matt Tingstad bought two Hogan Hogs from Roger Turunen, intending to slaughter them for meat. According to Tingstad’s attorney, Joseph O’Leary, he then made the mistake of giving them names. “Common wisdom says you never name your pigs,” says O’Leary. “Once you name them, you’ve got pets.” Tingstad now lets Gretchen and Princess Goreya follow him everywhere — they even ride in the cab of his truck.

Tingstad received two different opinions about whether his pet pigs break the rules. Pig expert Mayer told him they were legitimate at a public hearing, but the DNR said they are feral and illegal. Tingstad’s lawsuit is running concurrently with Turunen’s.

Greg Johnson is exactly who the Michigan DNR was targeting with its legislation: hunting ranch owners. His type of business, where hunters pay to stalk free-ranging wild pigs, is often pegged as the main source of the epidemic. These properties are typically fenced in, but as the saying goes: “If a fence can’t hold water, it can’t hold a wild pig.”

Johnson’s case is bundled up with the Turunens and Tingstad, though his case seems weaker. Pictures from his website are the epitome of the pure-bred Russian boar. O’Leary, who is also representing Johnson, says he’s basing his case on the ranch’s “highly effective” fencing. Time will tell if this argument holds water.

Ronald McEndrick’s case is unique, in that he was the only one to be prosecuted by the state (the other litigants sued preemptively). McEndrick also ran a hunting ranch, stocked with wild boars. After the state’s lawsuit, he suffered a near-total decline in business. “No one wanted to be associated with that mess,” says O’Leary.

McEndrick ended up selling his property. Once the state learned he no longer owned the ranch, they dropped all charges against him. There are about 14 of his original pigs remaining to be killed off.

UPDATE: Mark Baker has issued a video statement in response to this article, which can be viewed here.

This is Modern Farmer‘s response to Baker’s assertions of inaccuracy.

Jesse Hirsch: Do you own guns?
Mark Baker: I’m a former GI, what do you think?
JH: A lot of guns?
MB: I’ve got enough. Nothing crazy.
JH: Would you use them to defend your farm?
MB: Let’s put it this way. Back in 2011, maybe 2012, whenever it was… when the DNR issued their ruling, people asked why they let me keep my pigs. I’d tell them: “The only reason [the DNR] hasn’t stormed my property is that no one wants to get shot at by Baker.”

The statement “prone to gun talk” was used because guns were mentioned three times over the course of two phone interviews:
1) In the above comment.
2) In a reference to Americans defending themselves against “government storm troopers.”
3) As a comment on one of the American freedoms that are in danger.

As far as “bankrolling,” it is accurate that the Farm-to-Consumer Legal Defense Fund is making significant financial contributions to Mr. Baker’s defense. We don’t dispute the fact that other, private individuals may also be helping financially.

The $20,000 figure came from the DNR spokesman we spoke with.

It was not the intention of Modern Farmer to endanger Mr. Baker’s family, or to inaccurately represent his intentions/beliefs. However, we stand by the reporting in this story.

Note: We have turned off comments, due to personal information being posted.