There's a difference between real manure and standard journalistic bullcrap. American and British news agencies should have paid a bit more attention to the former. 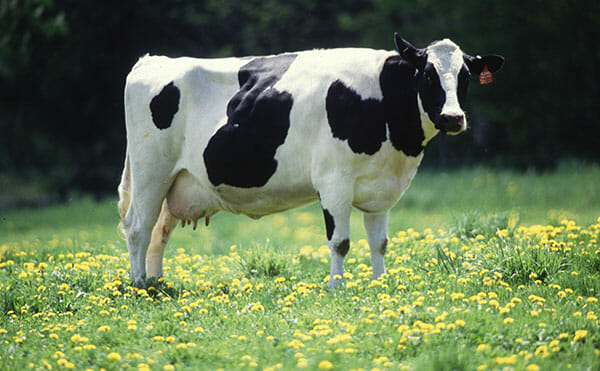 As first reported in German newspapers and English newswires, an atmospheric build up of cow farts and burps resulted in sudden fire at a dairy farm earlier this week. The only problem with this story? It was actually a build up of solid waste – not cow farts.

On Monday, police in the central German town of Rasdorf told local paper Humnfelder Zeitung of a flash fire at a nearby dairy farm. According to first reports, static electricity had sparked concentrated methane in a barn, causing a flare that left the roof damaged and a single cow burnt.

“The cow itself has little to do with the risk of a methane explosion. This is only a danger when dealing with manure.”

“In the barn for 90 dairy cows, methane built up for unknown reasons and was probably ignited by a static discharge, exploding in a darting flame,” said local police quoted by French wire service AFP.

Reuters put out the story later that afternoon and it took to the Internet same as flame takes to methane gas. Time, Buzzfeed, the BBC and Salon all had it posted sometime on Tuesday as a bite-sized news snack good for a quick laugh. The Huffington Post went even further saying the explosion had “blown the roof off” the barn. Each article assumed the gassy cows to be the culprit.

While it’s true that cows can produce 250 to 500 liters of methane per day — mostly through burps that vent their fermenting cud — it’s unlikely that flatulence alone concentrated to the point of being flammable. The more likely suspect behind the methane, says a second report from Humnfelder Zeitung, is the common slurry farmers make from cow manure and urine for fertilizer applications. The soupy mixture puts out high levels of methane that can concentrate more easily than farts and burps, which tend to dissipate much more quickly in a ventilated dairy barn, just as it would in a car with a cracked window.

“The cow itself has little to do with the risk of a methane explosion. This is only a danger when dealing with manure,” said Dr. Hubery Beier, executive director of the local farmer’s association for Rasdorf.

Tim Zweber, who runs an organic dairy farm in Minnesota, agreed with that assessment over Twitter. “It would be really hard to believe that cows could produce enough methane through normal digestion that the air exchange in the barn wouldn’t clear it to non-explosive levels. Cows would suffocate in that airtight of a building.”

American farmers often face a similar problem. Underneath some industrial hog farms is a pit to catch most of the animal waste. Lately, some producers have noticed a strange foam forming atop the not-so-appetizing smoothie. Bubbles of methane gas forming under the frothy layer can pop, sometimes bursting into flash fires.

Why the foam occurs remains a mystery, but the consequences have become far too real for a number of American farmers. One such incident in Iowa killed 1,500 pigs last May. There have been no indications of a foam problem at the dairy farm in Germany, but it appears the manure mixture somehow creates a flammable concentration of methane.

That isn’t to say that cow burps and farts are harmless. To the contrary, cows and other ruminants account for one of the largest human-related sources of methane — also a potent climate-changing greenhouse gas.

But it appears the fire in Germany is cow crap story, not a cow fart story.