Three famous farmers, and a bit of info about their farms. 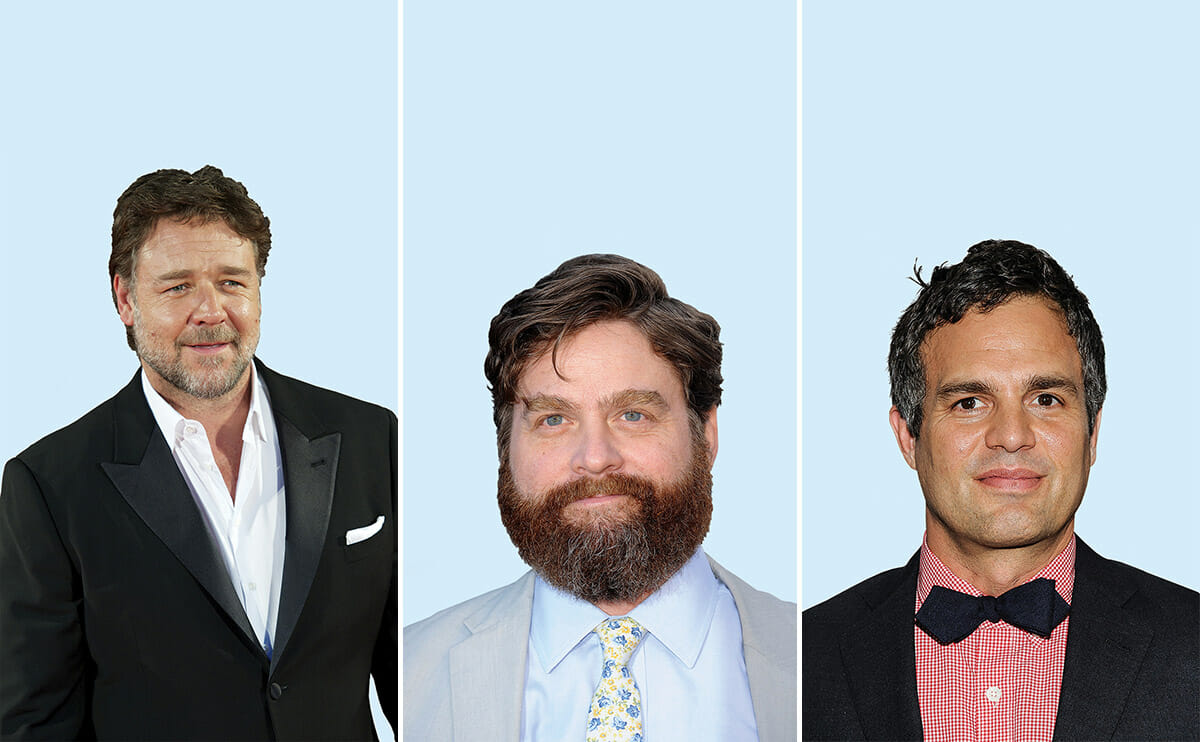 Russell Crowe: Owns over 700 head of Black Angus cattle on his 500-acre ranch in Nana Glen, Australia. He built a chapel on the property for his 2003 wedding. For Crowe, time on the ranch is important “to remain fresh” and to inform himself “as a human,” he told the Telegraph. The farm is a total oasis, surrounded by Australia’s rich native flora and fauna. Crowe is usually seen on his farm wearing a classic Akubra workman’s hat. This rabbit felt hat is a traditional Australian style; the wide brim lends protection from both the sun and the rain. “If you let the rhythm of the farm be your rhythm,” Crowe explained to Jimmy Fallon, “whatever is going on in your mind, you can settle it down and sort it out”.

Zach Galifianakis: Owns a 60-acre property in North Carolina, known as Farmageddon, near to where he grew up. He recently bought bees to make honey and enjoys drinking red wine while driving his tractor. “The fuzz is not around to mess with your buzz,” he explained to Vanity Fair in 2009. His future plans for the farm? Turn it into a writer’s retreat. “My farm is a place that I get to think clearly and pretend to know what I am doing. I love to learn about farming. I like to play with the earth and dirt.” Though Farmageddon offers Galifianakis a place of solace and retreat, it was also the location for an alternative to Kanye West’s music video, Can’t Tell Me Nothing. Galifianakis mimes West’s lyrics while riding a tractor, revving a chainsaw, walking through cornfields, and hanging out with indie musician Will Oldham.

Mark Ruffalo: Lives on a 50-acre former dairy farm with his wife and children in upstate New York. The upper fields of the farm grow wild strawberries and the lower fields are leased for haying to neighboring farmers. Ruffalo drives around the farm on a 1950’s John Deere Tractor that came with the farm and hopes to have sheep grazing his fields in the future. Ruffalo’s farm is an important part of maintaining a healthy family life. The farm sits atop Marcellus Shale, a prime target for fracking, which has made Ruffalo the celebrity face for the anti-fracking movement. His non-profit, Farmhearts, tries to “understand why a farmer who loves their land would come to a moment where they’d say, ‘I have to industrialize my land to go on’” and help farmers of the Catskills identify financial alternatives to leasing land to fracking companies.