Dear Modern Farmer: Can I Use a Drone on My Farm?

Dear Skye, Drones in agriculture are undoubtedly a hot topic, whether it be at soils and crops conferences or within the chambers of state legislatures (see also this report about what’s being looked at in North Carolina). There are many beneficial applications of drones in agriculture, and their use has the potential to become widespread, […] 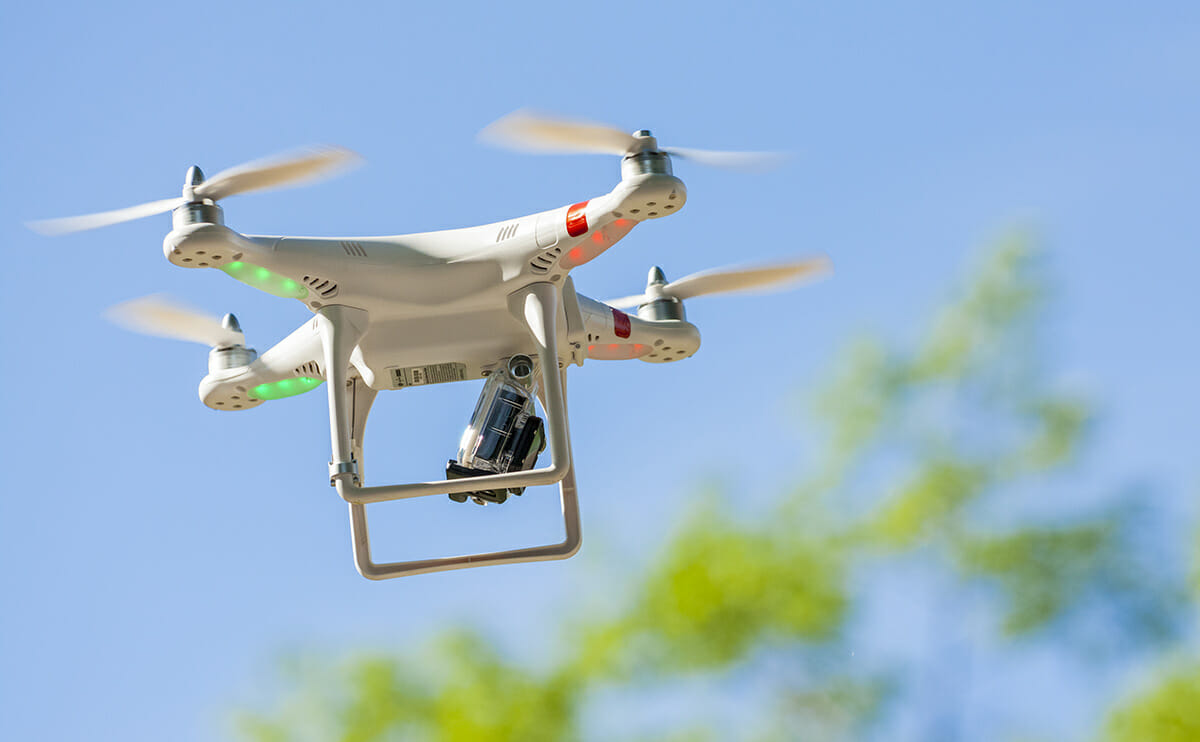 Drones in agriculture are undoubtedly a hot topic, whether it be at soils and crops conferences or within the chambers of state legislatures (see also this report about what’s being looked at in North Carolina). There are many beneficial applications of drones in agriculture, and their use has the potential to become widespread, so it is no surprise that many farmers like you want to use this kind of technology as soon as possible.

There are a few legal issues that come to mind when thinking about farmers using drones, or unmanned aircraft systems (UAS) to use the oft-preferred terminology. Not surprisingly, the Federal Aviation Administration (FAA) is the authority that regulates the use of a great deal of airspace, so compliance with relevant rules and regulations is essential. Additionally, there are privacy laws and safety issues that must be considered.

A word of caution first. There seems to be some conflicting information about the permissible use of UAS, even on websites or among industry professionals that reference FAA statements. I am aware that some farmers already do use drones to check their crops and have done so without incident so far. There are lawyers who read the FAA rules, fact sheets, and guidance through a liberal lens. However, my own interpretation of the existing FAA information tends to be more conservative at this particular point, and errs on the side of caution until the final rules for UAS are implemented. To that end, I advise you to proceed carefully because there do appear to be some gray areas at this point. As always, you should seek legal counsel in your area should you want to use drones before final rules are in place.

That said, here is a brief flyover of the FAA rules and guidance available right now. The most recent FAA Fact Sheet on UAS was issued on January 6, 2014. According to that Fact Sheet, the FAA prohibits the use of any UAS in Class B airspace, which is near major urban areas where many manned aircraft fly (for a cool graphic on FAA regulated airspace, which is divided into various letters based on a few factors, check out this link). I realize this is not likely where most farmers work.

The Fact Sheet also indicates that there are essentially only two means possible for otherwise operating a UAS at this point, which I quote here:

“The first is to obtain an experimental airworthiness certificate for private sector (civil) aircraft to do research and development, training and flight demonstrations. The second is to obtain a Certificate of Waiver or Authorization (COA) for public aircraft. Routine operation of UAS over densely-populated areas is prohibited.”

There are some ongoing uses of UAS, including by some public authorities and pre-approved research/testing, such as with universities, which you can read about here (or in this article). It seems that unless you obtain one of these pre-approved certificates issued by the FAA, you cannot operate a UAS (at this time) on your farm. Again, I know some farmers are using UAS, likely under a different interpretation of the rules, and in those cases I’m guessing there is some belief that UAS are permissible in Class G airspace (700-1,200 feet above ground level), because it is designated as “uncontrolled” by the FAA. I hesitate to agree with that interpretation.

I think what has further confused the issue is that in 1981, the FAA issued guidance (Advisory Circular 91-57) for the use of remote-controlled (RC) model aircraft (i.e. such aircraft must fly below 400 feet above the surface). That advice was then clarified further in a Federal Register Notice (published on February 6, 2007). Notably, both of these are referenced in the most recent Fact Sheet as well. In essence, the 2007 notice states that the use of RC model aircraft and the rules set forth in 91-57 applies only to modelers (i.e. hobbyists) and “specifically excludes its use by persons or companies for business purposes.” In other words, RC model aircraft cannot be used if it is for a business purpose, which seems to include most farming endeavors. So, unless you have obtained one of the certificates mentioned above, any commercial use of drones right now seems to run afoul of the various statements and guidance issued by the FAA.

On the other hand, whether any FAA or other official would actually know whether you were using a small UAS/RC aircraft on a very large farm, well, that’s a different question.

Incidentally, I must point out that there is some ongoing question about FAA’s jurisdiction here, and specifically, the applicability and enforceability of the 1981 and 2007 rules regarding the commercial use of UAS and RC model aircraft. There is some ambiguity about whether these standards are merely voluntary, if not wholly invalid due to procedural defects. All of these issues are being tested in a very recent case where the FAA slapped a Swiss photographer with a $10,000 fine for using a model aircraft to make a promotional video (i.e. a commercial use). This appears to be the first time an individual has been fined for commercial drone use. The photographer is challenging the FAA’s fine and jurisdiction, and you can read his attorney’s court-filed response here. The case still appears to be pending before an administrative law judge at the National Transportation Safety Board.

On the bright side, Congress has ordered the FAA to issue regulations and guidance for such use beginning in September 2015 (though whether the FAA will actually meet this deadline is presently a source of speculation). Moreover, to the extent that many farmers would be using small UAS (sUAS), there are likely to be a separate set of rules for those smaller types (under 55 lbs) of drones at some point, and my research suggests that the standards for operating sUAS may be less stringent, which would be helpful to farmers.

Notwithstanding the legality of using drones at the moment, any farmer choosing to go ahead with this technology needs to pay attention to the privacy laws that currently exist and that are likely to be passed in anticipation or the wake of more widespread drone use. Many states are currently undergoing this process right now, though their ability to do so remains unclear. For one thing, the states have to be careful that they do not preempt whatever federal UAS laws and regulations are passed. The biggest concern for most non-drone-using folks is the invasion of their privacy (though they cannot take matters into their own hands either). Considering the rural and often remote areas where most farmers would use UAS, it seems unlikely that privacy will be intentionally invaded.

This “far-from-civilization” kind of use also likely diminishes the potential for property damage should a drone accidentally fly off course and injure someone else or their property. But users do need to be careful. At minimum, farmers using UAS will need to educate themselves about where they can fly and best practices to avoid any negligent consequences. Obtaining drone insurance might also be a good idea.

Allow me to drone on for one final note about both the FAA and privacy issues. UAS in agriculture are a novel (though obvious) tool, and the laws in this area are likely to be dynamic, if not reactive. To the extent that there are many beneficial reasons to incorporate UAS into the practice of agriculture, there are arguably just as many unpalatable ones. Many landowners and privacy rights advocates are skeptical about their use. As a result, lawmakers are treading cautiously, and it is very likely that rules and regulations will shift accordingly as new or nuanced legal issues emerge through increased usage over time. For example, the laws that might be needed in more rural growing regions might look very different from those in more densely populated areas where privacy concerns are elevated. Translation: pay attention to UAS guidance issued by the FAA and your relevant state farm agencies going forward because the rules are likely to be tweaked over time.

If you want to read more about the use of UAS in agriculture and all of the possibilities (and challenges) that await farmers, I recommend these articles:

The FAA Modernization and Reform Act of 2012 (see Title III, Subsection B)

AgWeek (January 21, 2014) discusses some of the challenges

A smart piece about drones and legal/privacy issues from Indiana attorney, Todd Janzen

The confusion about the interplay of FAA rules and the kinds of UAS/RC aircraft is further highlighted by this recent collaboration.