Before "Got Milk?" is laid to rest in the dustbin of promotional history, we thought we'd rustle up some eulogies -- from the very people whose livelihoods depend on milk. 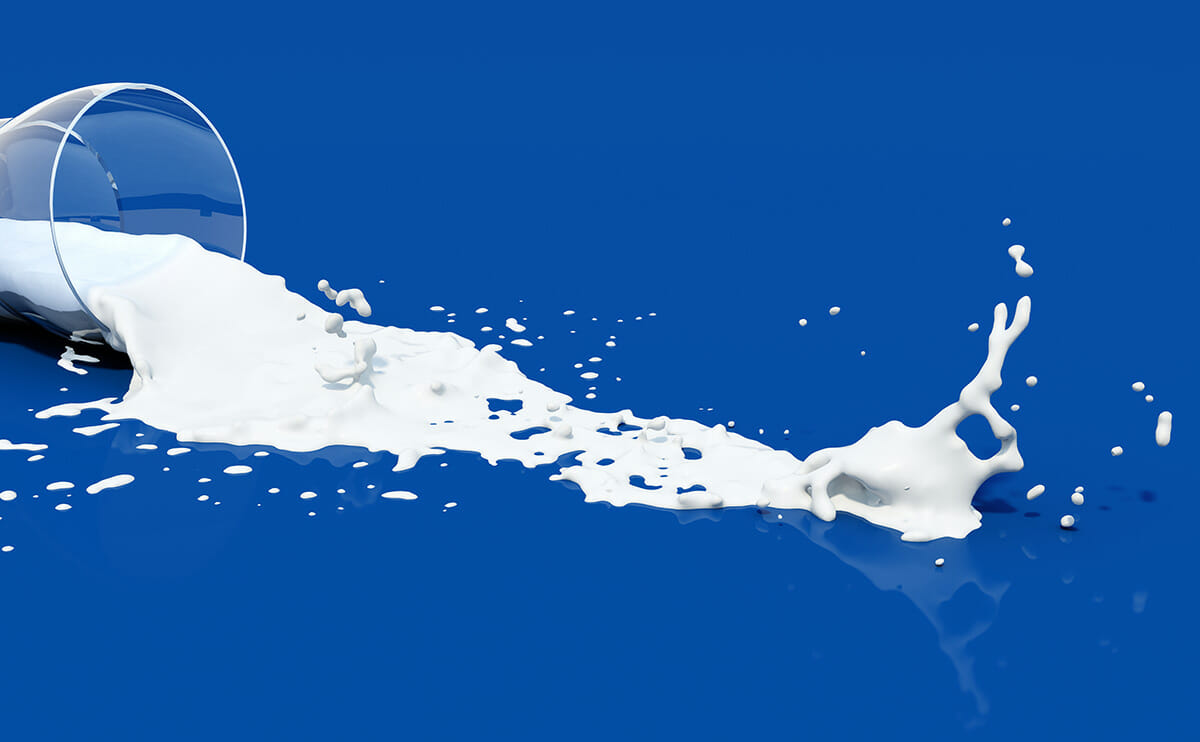 Like it or lump it, those everpresent milk mustaches — or one of their many spoofs and imitators — probably made you smile at some point. But like Jay Leno, all schtick needs to be retired eventually.

But before Got Milk? is laid to rest in the dustbin of promotional history, we thought we’d rustle up some eulogies — from the very people whose livelihoods depend on milk. We sought out dairy farmers of various sizes, from all over the country, to get their views on the big news. Spoiler: opinions varied.

Make no mistake: Joanna Lidback was always a “Got Milk?” superfan; she couldn’t wait to see which celeb would next emerge with a white mustache. Lidback loved visiting her schoolteacher sister, who papered her classroom walls with “Got Milk?” ads. The farmer even posed with her own faux-milk mustache for a photo shoot (the stylists used milkshake so it would stay on her lip).

But for all that warm history, Lidback is ready to move along. “That’s just the type of person I am,” she says. “I’m always looking forward to the next phase. It’s time for something new and fresh.” Fresh like a tall, frosty glass of milk.

Alabama dairy farmer Rinske de Jong (formerly of Holland) is quite blunt about the Got Milk? news: “I don’t care at all.” De Jong and her family have farmed organically since 2006; she feels like national dairy campaigns completely ignore organic milk. “What does ‘Got Milk?’ have to do with me?” she asks.

But here’s the rub — for every 100 gallons of milk produced, all dairy farmers are legally required to contribute five cents to national dairy promotion. De Jong says she has tried everything to get out of this fee, to no avail. “I think it is pretty shitty, to pay into a promotion that doesn’t help me at all,” she says.

“How can they take that away from us, right?” laughs Indiana farmer LuAnn Troxel. To her, “Got Milk?” has been around for so long, it’s thoroughly embedded in our cultural fabric. How can we say goodbye to an icon? It’s hard to fathom.

For a future campaign, Troxel would love to see ads that spotlight the farmer, giving a sense of milk’s source. “It would be great if people could have sense of who’s behind their milk — real people living real lives,” she says. “We may be different from you but you know what? We’re pretty neat.”

Farmer Lorraine Lewandrowski does not mince words when it comes to the “Got Milk?” campaign. “It was really stale,” she says. “So boring.” There was a time when it was an amusing little tagline, but that era is years in the past.

For ads that inspire and give a fresh face to milk, Lewandrowski looks abroad. There’s an Indian ad she quite likes, and a cheeky Norwegian campaign that promises disaster when you don’t drink your dairy. She thinks America can do better. “Do you think milk mustaches on celebrities are really that cool?” she asks. “C’mon now.”

John Taverna has read all the stats: studies show that “Got Milk?” was a huge shot in the arm for the dairy industry in his native state of California. Not to mention, he personally loved the ads. Taverna would stop whatever he was doing whenever he ran across one. “I was always so entertained,” he said.

But life is change, and this West Coast farmer accepts that it’s time to move on. And he’s got a few of his own ideas for the direction milk advertising should head. “I’m thinking of something that shows families, drinking milk and spending time together,” Taverna says. “Milk was once part of a daily ritual. Let’s bring it back.”