Since 1970, cheese consumption and availability has tripled. Market researchers cheerfully explain the cheese explosion as the natural result of American eating habits. Home cooks have access to resealable bags of shredded cheddar and mozzarella, making cheese an easy addition to many meals. American have also become much more willing to eat out, and when […] 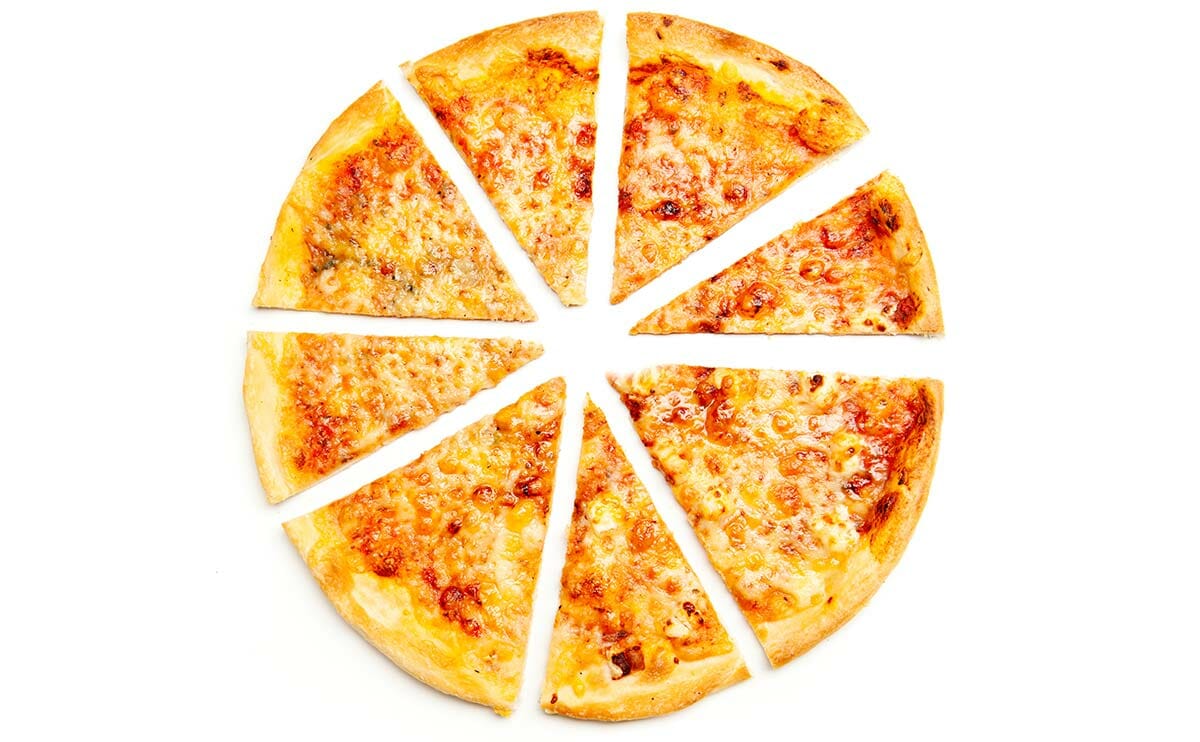 Since 1970, cheese consumption and availability has tripled. Market researchers cheerfully explain the cheese explosion as the natural result of American eating habits. Home cooks have access to resealable bags of shredded cheddar and mozzarella, making cheese an easy addition to many meals.

American have also become much more willing to eat out, and when they do, new Mexican and Italian restaurants are ready with cheese-heavy options. Those same restaurants have also noticed — surprise, surprise — that piling on more cheese is a great way to separate themselves from the competition. Domino’s 2010 redesign of their pizzas added 40 percent more cheese. Just last year, Pizza Hut released their 3-Cheese Stuffed Crust Pizza, the first permanent pizza product to be added to the menu in three decades. The selling point? With the help of Dairy Management Inc., Pizza Hut found that Millenials like lots of blended cheese. Diary Management Inc. — also responsible for the “Got Milk” campaign — isn’t a private company, but a marketing creation of the U.S.D.A.

The connection had journalist Michael Moss accusing the government of talking out of both sides of its cheese-filled mouth in a 2010 article for the New York Times. “Urged on by government warnings about saturated fat, Americans have been moving toward low-fat milk for decades, leaving a surplus of whole milk and milk fat,” he wrote. “Yet the government, through Dairy Management, is engaged in an effort to find ways to get dairy back into Americans’ diets, primarily through cheese.” The article doesn’t mention one fact that lets some air out of the conspiracy. Dairy Management relies on checkoff fees from dairy farmers to fund marketing campaigns rather than American tax dollars. Those farmers pay with an understanding that Dairy Management will push their products, and in recent years, cheese has been the best most popular vehicle for dairy. 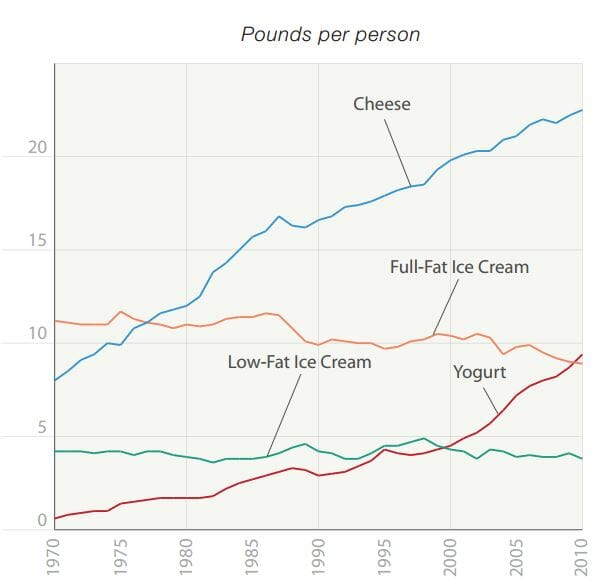 Courtesy of the Center for Science in the Public Interest

But good marketing isn’t always healthy eating. The Center for Science in the Public Interest calls the shift towards more cheese “bad news for our waistlines and our arteries” in their report card on American eating habits. Americans have been eating less full-fat ice cream and more low-fat (but sugary) yogurt. Taken together, those two trends don’t outweigh our love of cheese. The C.S.P.I. gives our dairy habits a C- compared to their ideal diet. Still, before you cringe at America’s fierce love of cheese (or start looking at the Pizza Hut menu), consider that Greece still holds the top spot for worldwide cheese consumption with 82 pounds per person per year. As you might guess, the most popular cheese in Greece is feta.