When Sarah Ryhanen walks through the fields of flowers on her 107-acre property, the Farm at the World's End, she may seem as far away from her previous career”‰ - ”‰curating New York City art galleries”‰ - ”‰as one can get. 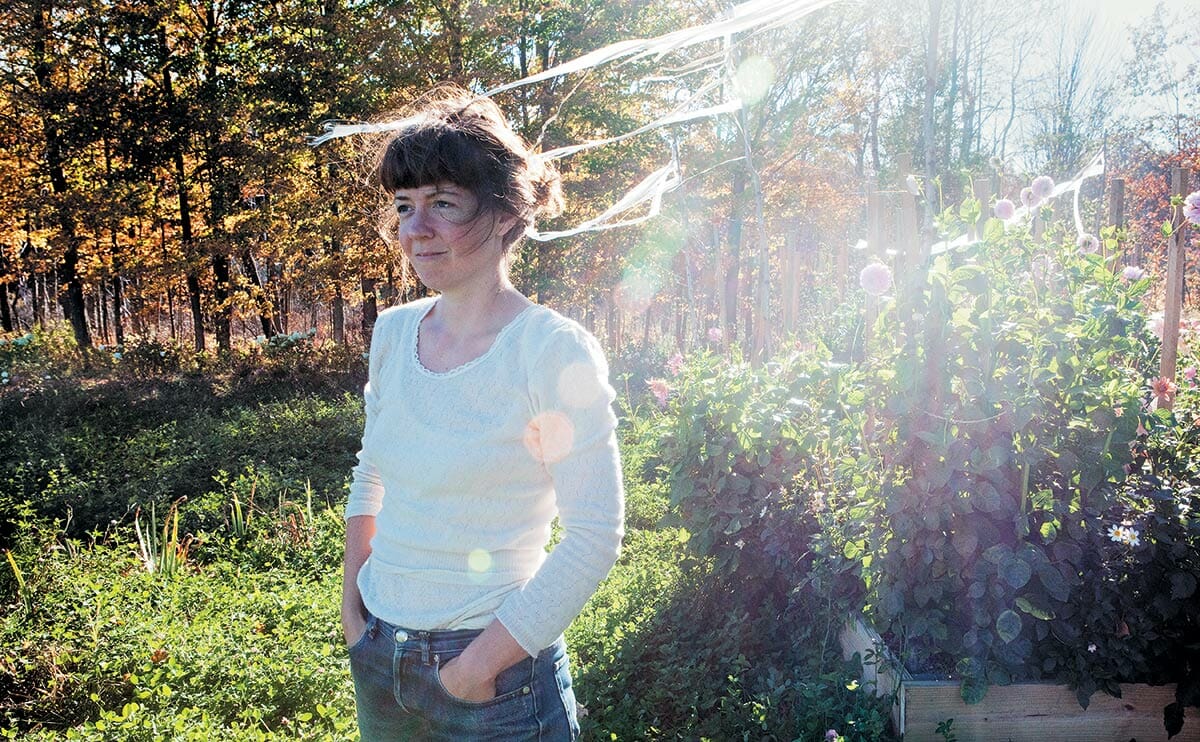 When Sarah Ryhanen, 32, walks through the fields of flowers on her 107-acre property, the Farm at the World’s End, she may seem as far away from her previous career”‰ – ”‰curating New York City art galleries”‰ – ”‰as one can get. But looking at her bold yet delicate flower arrangements shows that maybe it’s not so far away after all.

Along with partner Eric Famisan, 38, Ryhanen has built a bustling business out of all things floral. From supplying brides to selling flowers wholesale and teaching classes on floral arrangement, their business, called Saipua, is diverse and growing.

Ryhanen and Famisan started Saipua in 2006, selling only olive oil soap and arranging flowers. While Ryhanen has been working with flowers since the company’s founding, the couple only began growing their own in the last two. And the learning curve has been steep.

Before they could even begin growing flowers, they first had to rework 11 acres of soil that hadn’t been touched in 50 years. They did so with a year of cover crops to try to “juice up the soil a little,” says Ryhanen. Right now they grow a half acre of flowers, but hope to grow into a larger 4-acre flower farm over the next five years.

In the first year of growing, Ryhanen attempted to plant a patch of irises in a triangle because she thought “it was, like, a cool thing to do.” Now, she laughs, “I had some friends who are farmers, who looked and said, ‘You know, there’s a reason farmers plant in rows.’”‰” And wandering through her scattered triangle of flowers, unable to easily harvest or mulch or weed afterward, she learned what that reason was. (Today she plants in rows.)

But the biggest transition? The extended timeframe. “Growing flowers is a really slow, frustrating process for me,” says Ryhanen, whose perennials, which she planted this fall, won’t be ready to cut for three years. “Arranging flowers is so immediate. You collect the flowers in one day, and the next day you put them all together and you create something beautiful.” She pauses for a moment. “It’s a lesson in patience. In appreciating time.”