International business lawyer. Fledgling organic grower. Ag-focused politician. Perrine Herve-Gruyer has worn a lot of hats in her career as a modern farmer. 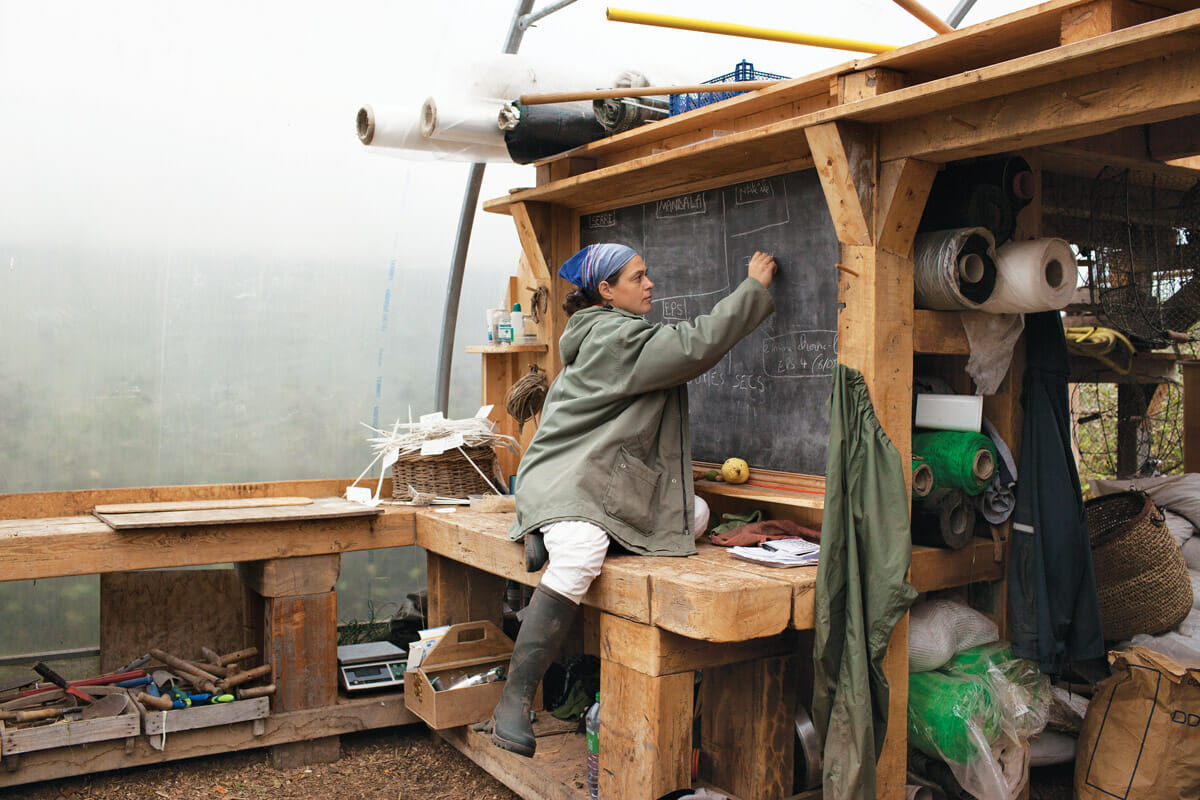 International business lawyer Perrine Hervé-Gruyer was eyeing a career and a life change. She had bounced around the world, with stints in Tokyo and Hong Kong. She wanted self-sufficiency for her family, and so did her gardening-obsessed husband. Someone else might have bought a country home; Hervé-Gruyer started a farm in the Normandy village of Le Bec-Hellouin. With no previous farming experience, things were tough for her and her husband. They cobbled together knowledge from books, they took on too much, they planted things during the wrong season.

That was 2006. Today, Ferme du Bec Hellouin is a profitable 40-acre organic farm, growing 380 varieties of fruit, vegetables, herbs and medicinal plants and supplying some of France’s top restaurants. Hervé-Gruyer caters to an eclectic palate, growing Asian crops like the ruffly shiso plant and edible weeds like dandelions. And don’t expect to find a tractor at Ferme du Bec Hellouin”‰ – ”‰the couple plows their fields with a horse and cart.

That the pair of newly minted farmers was able to not just eke by but succeed using old-fashioned farming methods in a French landscape, where organic agriculture is still in its infancy, caught people’s attention. The local representative of France’s ecologically minded Green Party persuaded Hervé-Gruyer to run for office in 2010. She won. Next up? The couple wants to raise money to teach other people how to farm like them. “After all,” says Hervé-Gruyer, “agriculture is the most important public service of them all”‰ – ”‰it provides food to the people.”