The Art of Bull Skating

Every year, thousands of people flock to see a bull race called The Karapan Sapi. This is not your average bull race. 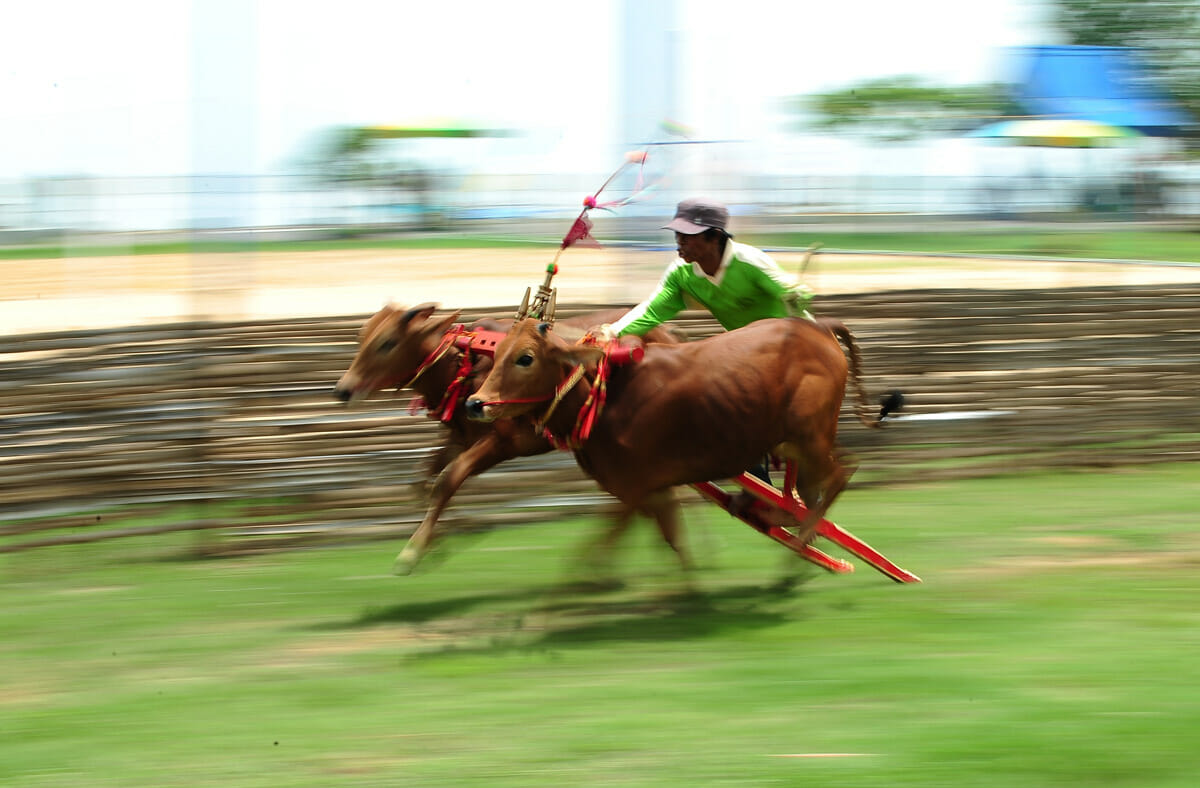 Every year, thousands of people flock to the small Indonesian island of Madura, off the coast of Java, to watch an annual bull race called the Karapan Sapi, introduced in the 13th century by King Katandur. This is not your normal bull race. 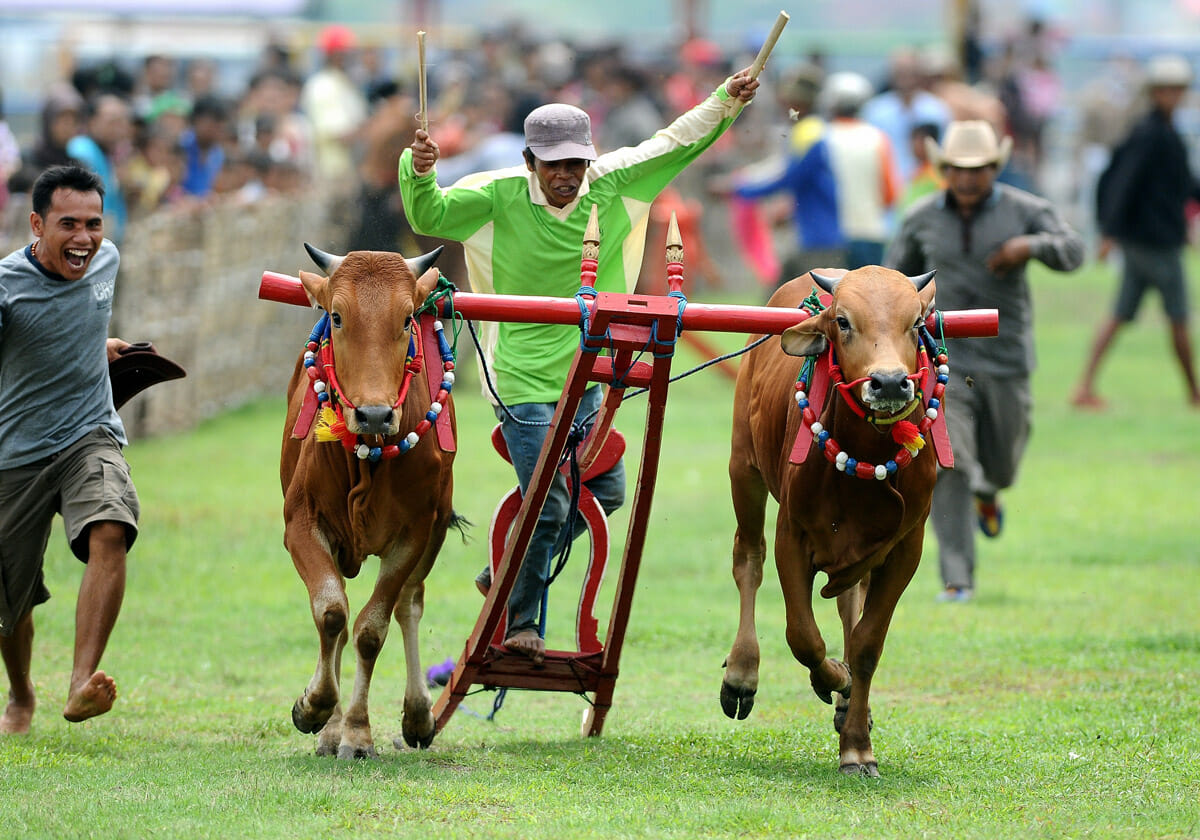 Two bulls are hitched together by a decorative yoke created by local artists. The yoke is connected to a wooden apparatus that looks a bit like a small ladder that hangs behind them. This is where the jockey perches, barefoot. The jockeys then grab the tails of the bulls, balancing on the wooden perch. 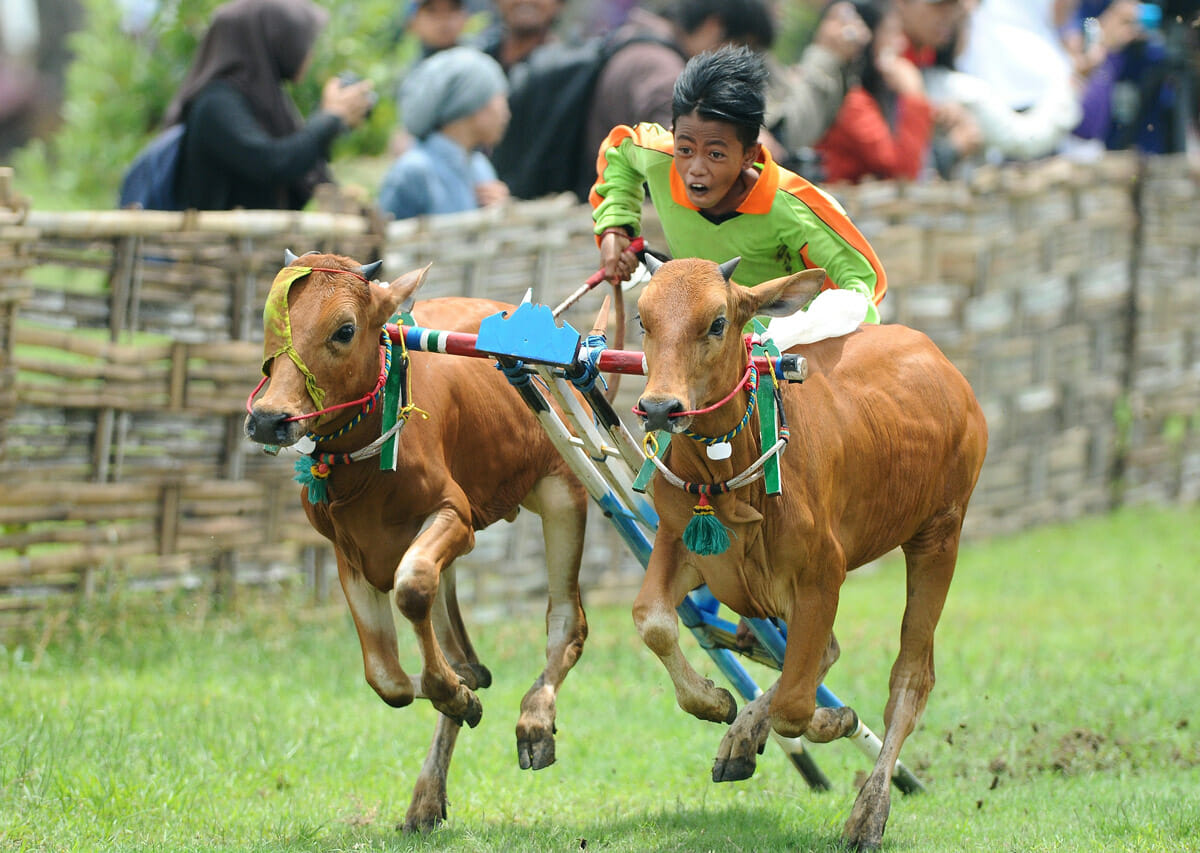 Once the bulls begin to run, the jockey rockets across the grassy track with only the wooden plank and the bulls tails to steady him. The feat is meant to show off the strength of the bulls, which are later auctioned to buyers. 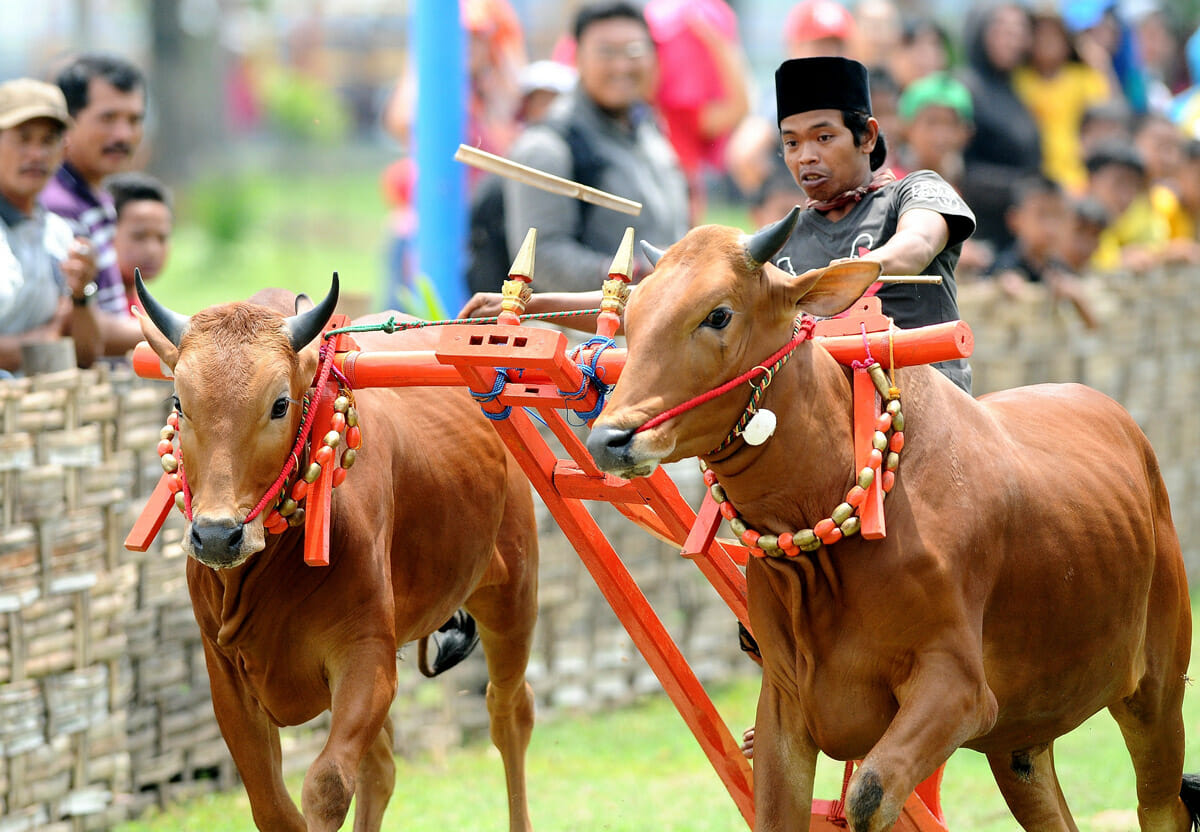 This isn’t the only cow-centric event Madura is known for, they also have an annual beauty pageant for cows. 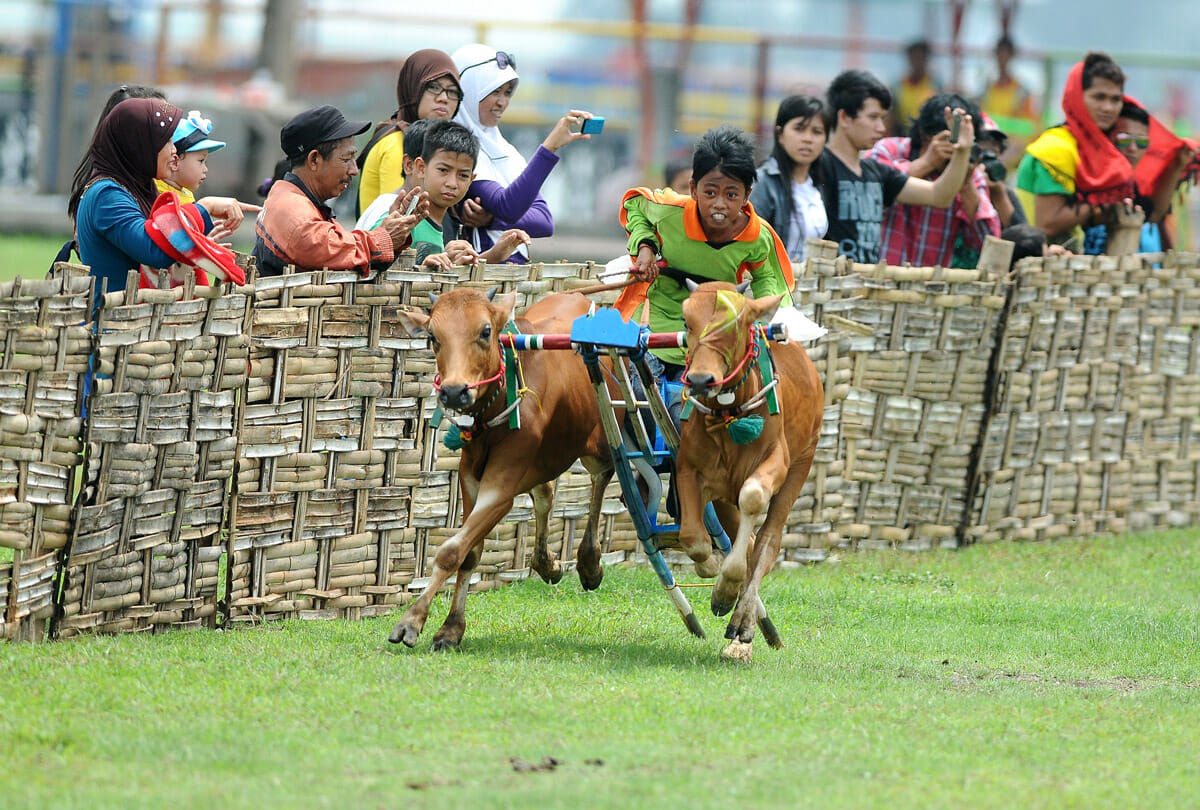 The Karapan Sapi began as a way to show off powerful bulls best for plowing the field and has since evolved into a tradition that takes on a festival atmosphere complete with food and entertainment. 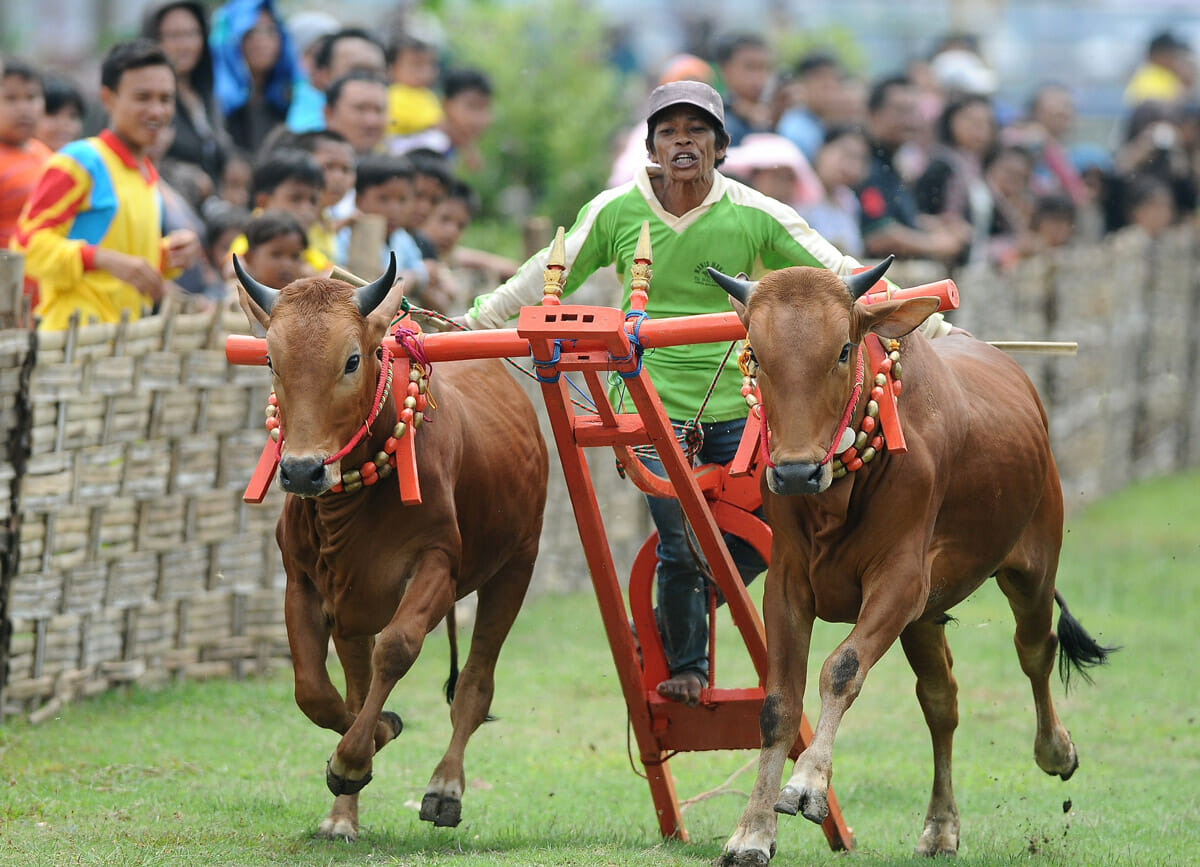 Before the race takes place, a pair of cows are paraded around the race track accompanied by traditional Maduran music called Saronen. 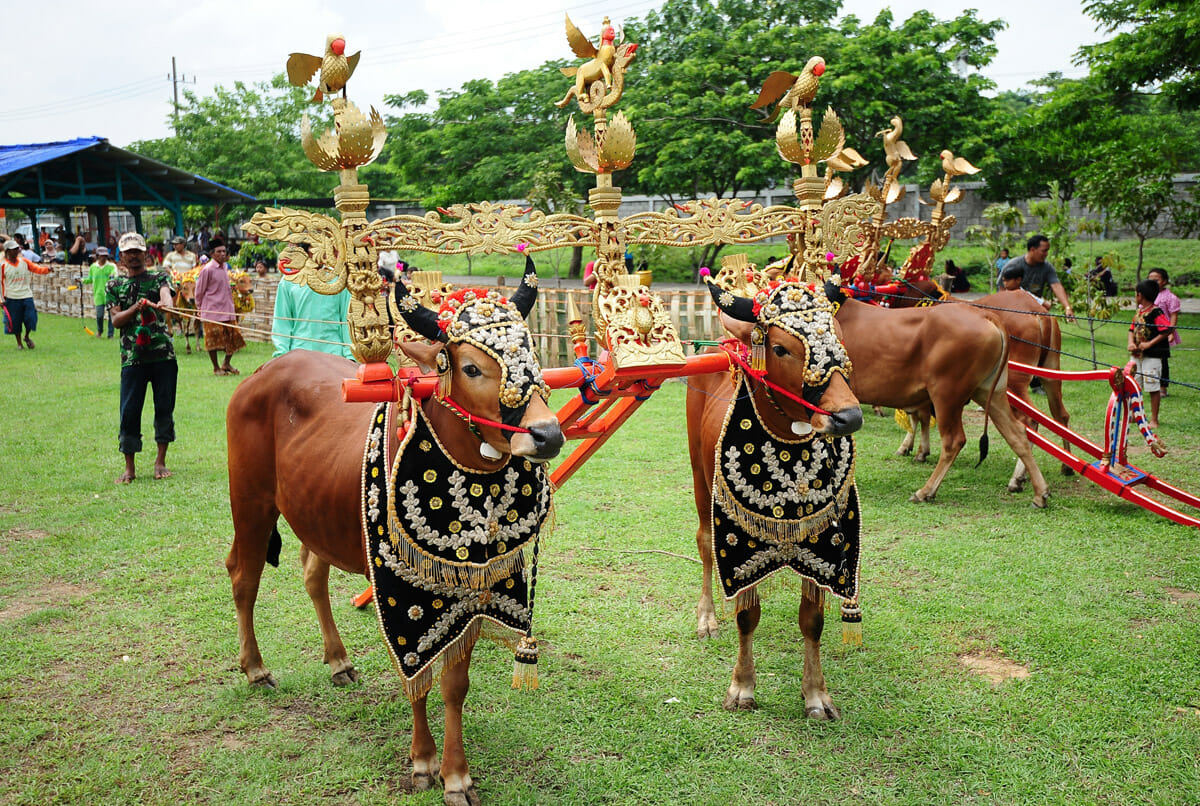 Specially raised from birth for the race, the animals are often fed a special diet of preserved foods and herbs, in addition to eggs and honey. The bulls grow up to be muscular and powerful. Members of the religious community will often cast spells for cows prior to the match in order to increase their chances of winning.

The race is a celebration of the bulls’ strength, but it also marks the end of the tobacco and rice harvest. It is, essentially, a party for all those who have toiled in the fields and, hopefully, seen their hard work pay off. 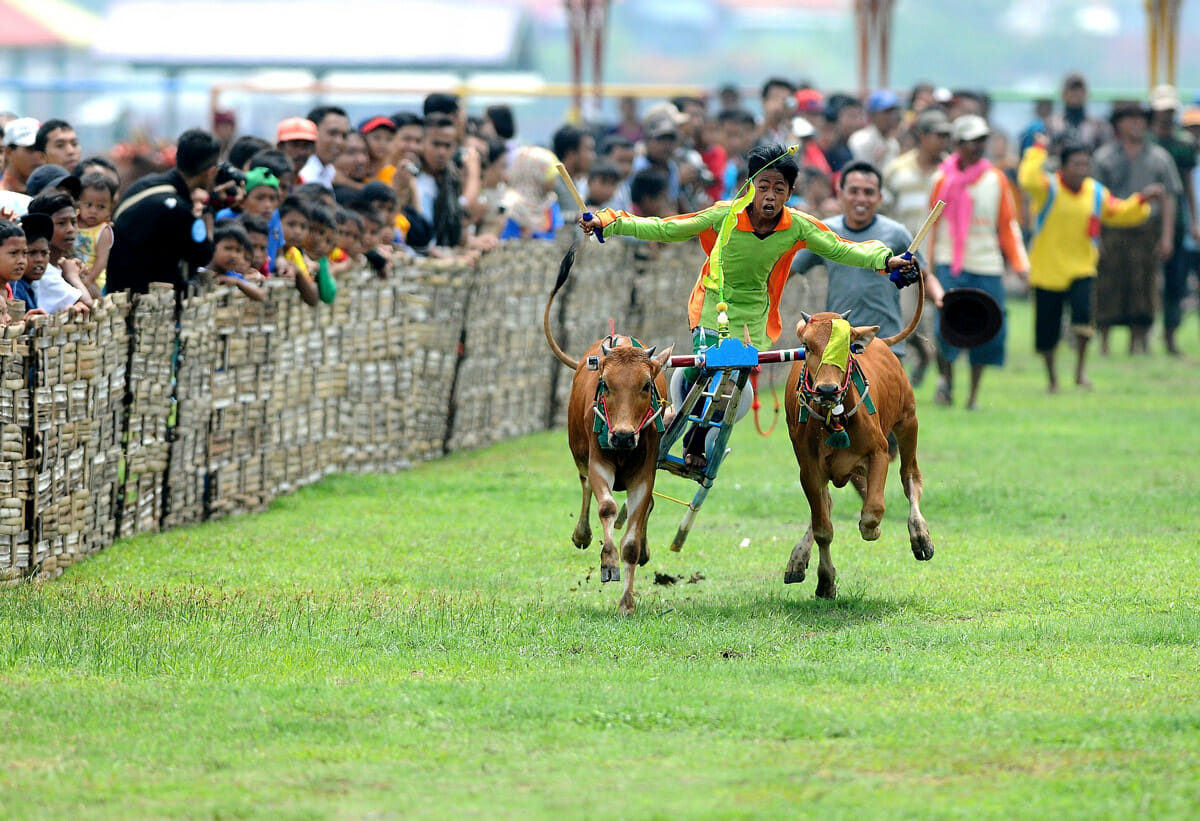