To regulate cinnamon, the European Union might have to pry beloved kanelsnegels -- or cinnamon swirls -- from the dead, sticky hands of Danish bakers. 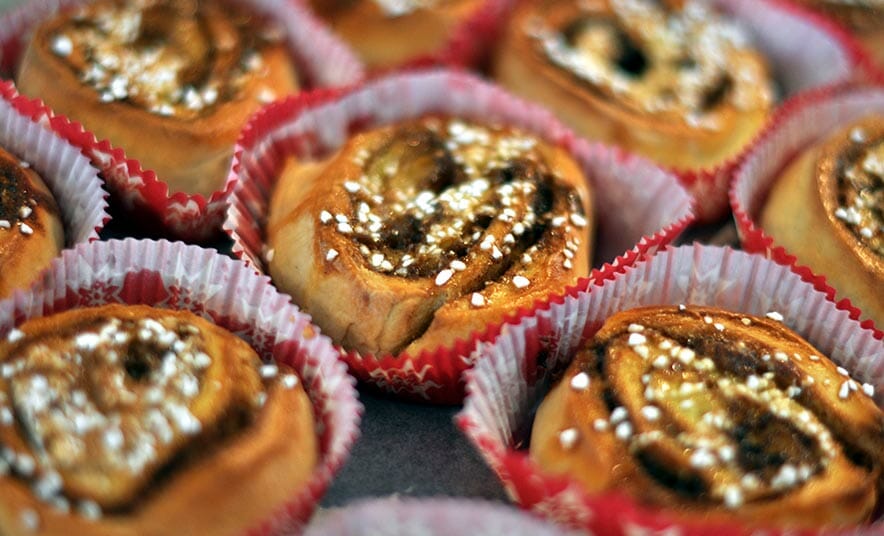 The issues has come up as cinnamon, once thought to be a benign spice in cupboards worldwide, has been called both a hidden poison and a super drug for fighting high blood sugar. The reality depends both on the type and amount of cinnamon.

Cassia cinnamon — the most common option in the U.S. — contains small amounts of a chemical called coumarin. Studies have shown the chemical to cause liver damage in some individuals. Ceylon cinnamon, or true cinnamon, could offer the same health benefits with a smaller dose of the harmful chemical, but the milder spice is much more expensive.

‘It’s the end of the cinnamon roll as we know it.’

Danish officials found that because bakers use the cassia variety, many of the traditional cinnamon rolls exceeded the 15 milligram per kilogram limit set by the E.U. Americans, by contrast, can indulge in all the cinnamon treats they like. The F.D.A. sets no limits on coumarin content.

“It’s the end of the cinnamon roll as we know it,” said Hardy Christensen, the head of the Danish Baker’s Association told The Telegraph. He had reason to be upset. Neighboring Sweden sidestepped the regulation by claiming their version as a traditional and seasonal dish. The E.U. allows more than three times the normal amount of cinnamon in food deemed culturally important.

The fierce reaction has given Danish regulators a bit of pause. They won’t issue a final say on the rolls until February, allowing Danes the chance to enjoy their rolls over the holidays.

The news of the so-called “cinnamon-gate” conflict comes as scientist report new health benefits to a healthy intake of cinnamon. A meta-analysis out of U.C.-Davis found that cinnamon can lower fasting blood glucose 3 to 5 percent, which puts the spice on par with early diabetes drugs.

The joint stories could mean a new renaissance for Ceylon cinnamon, which tends to grow in Sri Lanka or Hawaii rather than East Asia, where most cassia cinnamon originates. It also hints at some irony, since the only people downing enough cinnamon to risk liver damage are those using it as a diabetic medicine.

But even a few full bags of the traditional variety probably won’t stem the anger of the Danish Bakers’ Association. “Normally, we do as we’re told by the government and say OK, but now it’s time to take a stand,” Chirstensen recently told The Gaurdian.