At The Clinic in South Denver, a sign greeted visitors reading: "We are currently out of recreational cannabis. Please check back tomorrow. Sorry for the inconvenience." 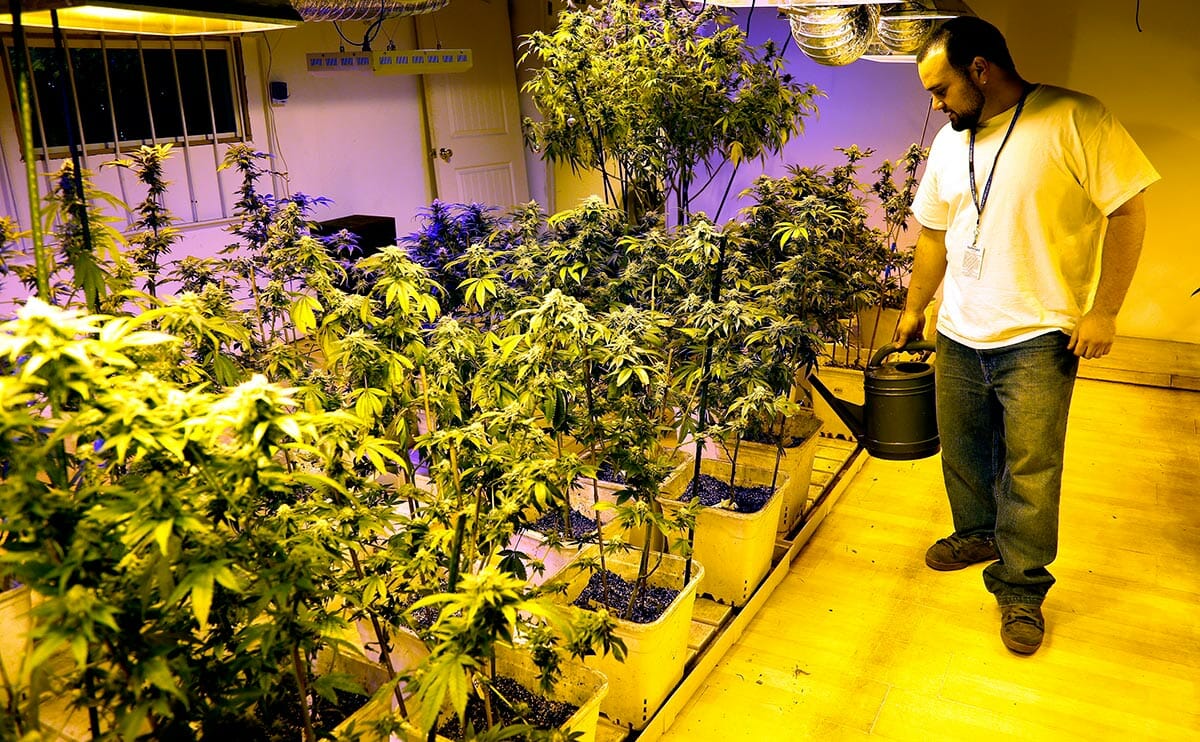 Many anticipated that as the Centennial state might come up against shortfalls as lines wrapped around city blocks on January 1st — the first day of legal recreational pot sales. Few, however, anticipated the sustained business that has come to Colorado’s pot dealers since the initial surge. “It’s a huge, huge jump,” says Michael Elliott, Executive Director for the Medical Marijuana Industry Group. “A lot of our uncertainty rests with what tourism is going to be like and we don’t know how to really account for it.”

At The Clinic in South Denver, a sign greeted visitors reading: ‘We are currently out of recreational cannabis. Please check back tomorrow. Sorry for the inconvenience.’

Estimates are rough, but the National Cannabis Industry Association says that more than 100,000 people have purchased recreational marijuana in Colorado, generating more than $5 million in sales. That has left many shop owners rationing supplies or even closing down all together. The Denver Post reports that at The Clinic in South Denver, a sign greeted visitors reading: “We are currently out of recreational cannabis. Please check back tomorrow. Sorry for the inconvenience.”

The unexpected demands have put a new onus on marijuana growers just as they’ve managed to prepare their operations for recreational sales. Preston Cowhey, lead grower for Green Grass Wellness Center in Central City, Colo., spent New Years Eve attaching R.F. tags to each of his 600 plants, then entering those tags into the state’s seed-to-sale software system. His 5,000-square-foot grow facility in Denver has gone from a loose collection of grow rooms to a buzzing jungle of LED lights and cannabis plants. “Now every inch is being used for grow space and we are going to struggle to meet recreational and medical demand,” says Eric Forington, Green Grass’s seed developer.

Policy makers worry that shortfalls and high prices could give new life to the black market, undercutting the main point of the legalization effort.

This would seem to be good news for everyone but the customers visiting ATMs outside pot shops. (Since banks still fear legalization effort, almost all the operations are cash only). Policy makers, however, worry that shortfalls and high prices could give new life to the black market, undercutting the main point of the legalization effort.

The most simple solution would be to add more marijuana products to the market, but growers say that is easier said than done. Colorado has chosen to vertically integrate all weed sales, meaning that any licensed pot stores must grow 70 percent of what they sell. Washington — the other state that has voted to allow recreations sales — has opted for a different system that caps the amount of marijuana traveling through a system of growers, producers and retailers.

Colorado, in other words, has adopted the brewpub model, with most of the product being produced on site. Washington, on the other hand, is something more like a liquor store, with production handled elsewhere. Both come with a fair share of red tape — Washington won’t be opening their retail outlets until spring of this year, so it remains to be seen which will be more resilient in the face of demand.

Nevertheless, growers and advocates seem to understand that cumbersome legislation is the best way to ensure legal marijuana as a lasting Rocky Mountain institution.

“I think this is going to be a slow, controlled, implementation,” says Elliott. “It’s going to take us months — maybe years — to reach the demand that’s out there. And while it’s frustrating that won’t happen faster, the public should be proud of how we are doing this.”