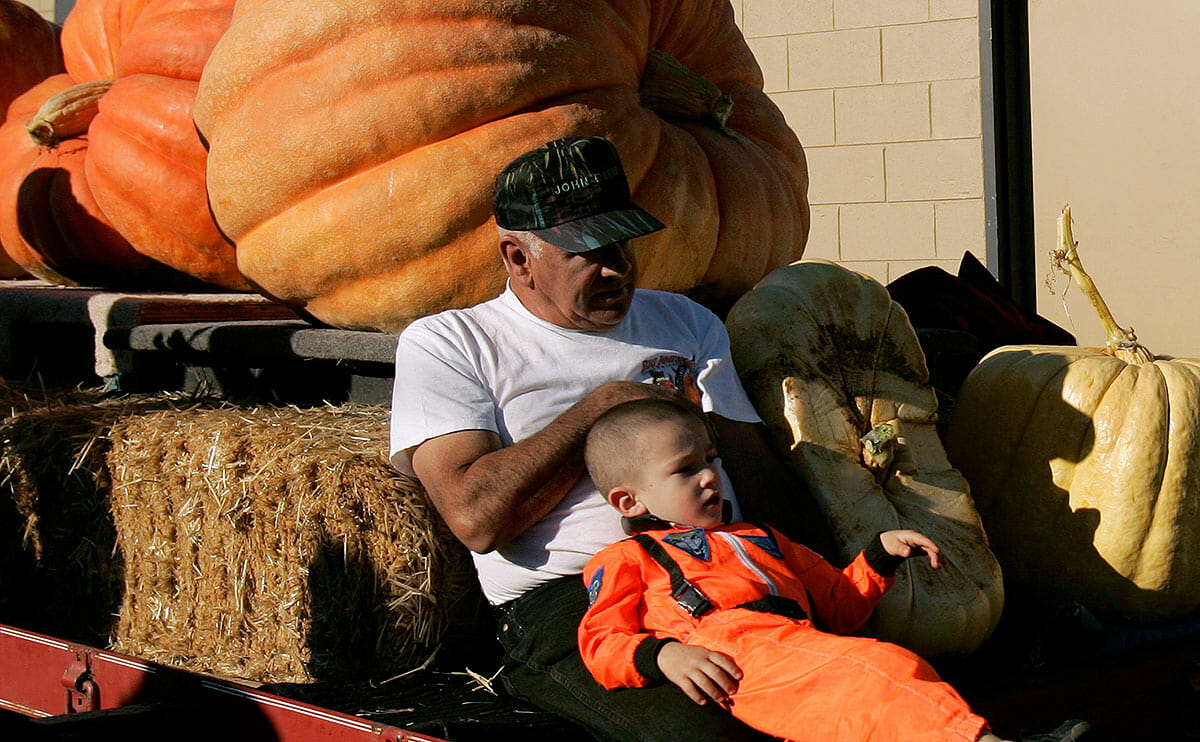 A 2007 census of the America farm workforce raised cause for concern. In that year, the American farmer was 57 years old and only .5 percent of the workforce was under 25. Over 500,000 farmers — half of the agricultural workforce — was primed to retire in the coming decade. With only a few young aggies ready to take the reins, some predicted family farms would fall to larger operations or real estate developers.

Carl Zulauf, a professor at Ohio State University’s College of Food, Agriculture and Environmental Sciences, looked at the data after being asked about the coming labor crisis. His study shows U.S. farmers are getting older, but not at a greater rate than the rest of the American labor force. Further, farmers have been older than everyone else since the 1980s.

Farmers have long been older than the average American worker, but we have yet to see a labor crisis. Graph courtesy of Professor Carl Zulauf.

“U.S. farmers are aging,” he writes in the study, “but their aging mirrors the rest of the American labor force.”

He finds those facts to be consistent with farming as a capital intensive industry. Unlike building an app or opening a cupcake shop, jumping into agriculture takes an enormous amount of cash, land and intellectual capital. The traditional methods farmers use to raise that capital — either hard work, inheritance or both — take time.

‘U.S. farmers are aging, but their aging mirrors the rest of the American labor force.’

Zulauf even found reason to be cautiously optimistic about the future of agriculture. His historical examination of the age of American farmers revealed the 1970s — an decade of relative farm prosperity — held a brief period where the age of the average American farmer actually declined. The U.S. hasn’t seen a similar good times until, well, now.

“You have to realize that the longer you have above average returns, the more likely you are to pull people in,” says Zulauf. A new round of census data won’t be out until next year, but Zulauf has noticed an increasing number of his students discussing the idea of making a go in agriculture.

While that hope is based on the economic assumption that workers enter profitable industries, it depends on continued farm prosperity. Organizations like the National Young Farmers Coalition have pushed for policy shifts that would make agriculture much more welcoming to young entrepreneurs. For instance, the government could forgive student debt for young farmers as they do for teachers, physicians and government employees. Loan and training programs could further lower hurdles for the next generation of American farm owners.

Such programs are all good with Zulauf. “Society can decide that it wants to encourage young people to get into agriculture,” he notes. “But it’s another thing to claim we aren’t going to be able to replace current farmers.”