In Victorian England, a Sheep Wasn’t Just a Sheep

How the sheep came to be one of the more exalted forms of livestock in Victorian England. 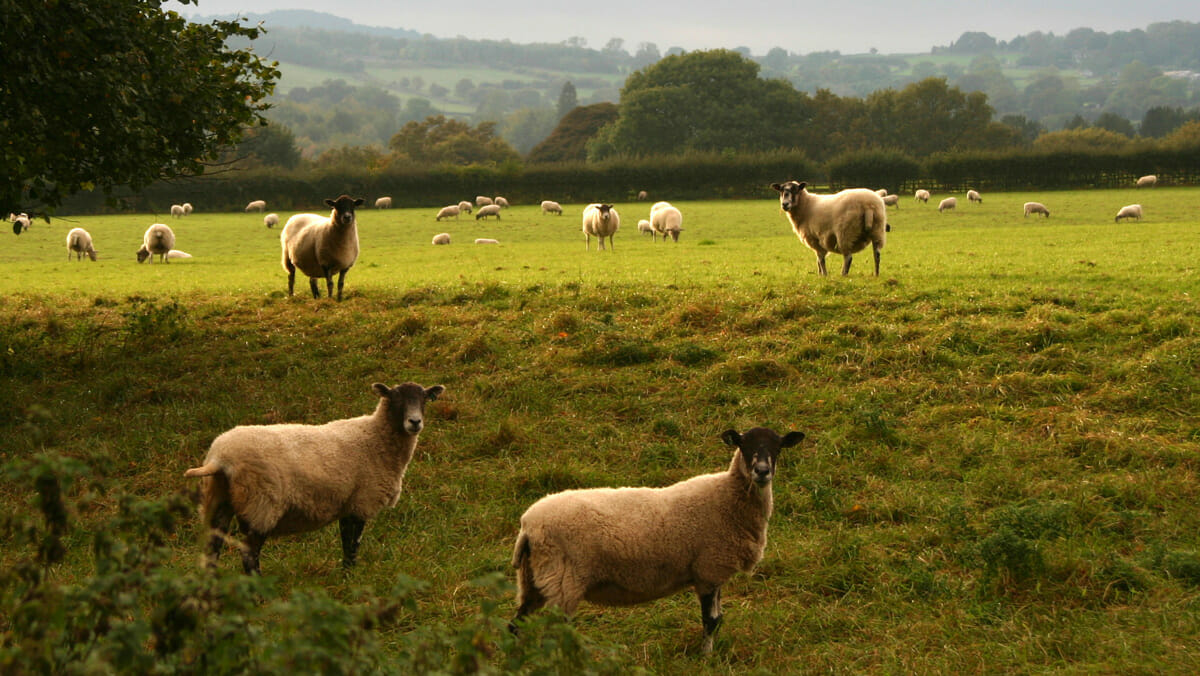 Ritvo has devoted a lot of thought to the role sheep, and all livestock, play in the collective conscious of the United Kingdom. She’s a professor of history at the Massachusetts Institute of Technology and author of “The Animal Estate: The English and Other Creatures in the Victorian Age.”

The Victorian era marked a time when livestock and animal husbandry was going through big changes, and everyone, even city dwellers, were around to watch it happen.

“There was no refrigeration, so all the slaughtering had to happen close to cities,” says Ritvo, “And so even urban dwellers regularly saw herds of cattle, flocks of sheep and pigs. Sometimes being driven through the streets.”

Today’s sheep can thank, in part, a man named Robert Bakewell for their current state. Bakewell is credited as the first person to selectively breed animals for specific traits. And while he fussily paired off all manner of livestock, he was especially interested in sheep. Bakewell’s sheep were flung far and wide, and their genetic influence can be seen around the world.

‘There was no refrigeration, so all the slaughtering had to happen close to cities. And so even urban dwellers regularly saw herds of cattle, flocks of sheep and pigs. Sometimes being driven through the streets.’

As selective breeding grew in popularity among a society that valued social rank and family status, so did competing to see who could breed the best. Livestock shows came into being, and prize-winning animals were treated like “elite members of society” says Ritvo. They were pampered and had their photographs taken. People traveled from far and wide to see them.

“Of course, they were often eaten in the end,” Ritvo says.

Even as prize-winning sheep were occasionally feted by their owners and admirers, sheep also came to be a symbol of the lower class in a society where class was everything.

“It was the cheapest one,” says Ritvo, “Certainly cheaper than a cow, cheaper than a horse. They’re extremely numerous and they don’t need a lot of attention. So it’s very easy to analogize them to a certain peasantry.”

It’s easy to project onto sheep, says Ritvo. Onto any animal, really.

“You only have to listen to what people say about their dogs and cats to see that,” Ritvo says, her own cat yowling in the background.

Take for instance, Victorian England’s reaction to the introduction of Spanish Merino sheep, which were “guarded as an industrial secret,” says Ritvo.

“But as Spanish politics disintegrated, more and more of them got out and there was this whole kind of push to incorporate their desirable wool into English flocks, but it didn’t work at all. The discussion about them shows how people talk about animals in nationalistic terms. People talked about ‘our native sheep’ as opposed to ‘these alien sheep.’”

So great was the Englishman’s love for his sheep that they were considered essential decoration for the landscape. Artists took classes in “Landscape Animals” because no landscape painter at the time was worth his salt unless he or she could weave a well-conceived sheep or cow into the milieu. Rich landowners peppered their estates with the beasts, which were required accessories to accompany the faux wildernesses that were popular: carefully mussed grounds with an artificial lake or two. The desire to have sheep frolicking visible from the country terrace even gave rise to a landscaping innovation called the “ha-ha.”

“It’s a drop,” says Ritvo. “Your grounds are sloping away from the house and then there’s a five foot or so drop, like a cliff. And then the sheep are on the other side so you can sit on your terrace and see the sheep but the sheep can’t get up the ha-ha.”

When the First Earl of Leicester, Thomas Coke, died, an obelisk was erected in his honor on his estate, Holkham Hall, which still exists as a tourist destination and working farm in Norfolk. The monument was inscribed with fortune-cookie-like snippets about animal husbandry (“Live and Let Live,” “Breeding in all its branches,” “Small in size but great in value.”) and decorated with, among other beasts, noble-looking sheep.

Even if the average Englishman comes into direct contact with sheep much less than their ancestors, affection for them continues unabated.

“The tops of the hills are not fenced in so the sheep basically run around by themselves all the time,” Ritvo says. “It’s something that I’ve always loved and I’m sure I’m far from the only one that feels that way. You drive around on these lonely roads and across moors and there they are. They’re just kind of all over the place. So they’re definitely part of the heritage.”