Apparently so. Unlike other deer and elk from Canada, Santa’s reindeer will be free to enter and exit the U.S. through any northern port from 6 p.m. on Christmas Eve until 6 a.m. Christmas Day thanks to a movement permit from the USDA’s Animal and Plant Health Inspection Service (APHIS). During this season of giving, […] 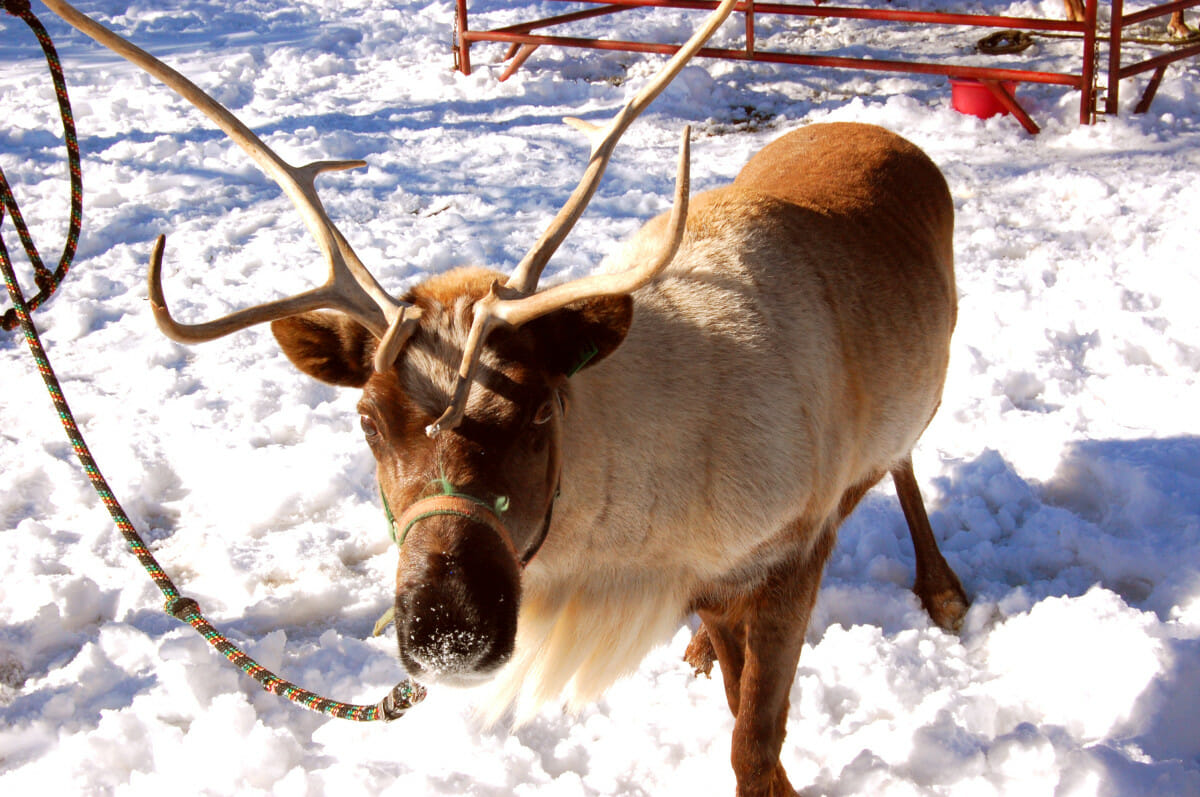 Apparently so. Unlike other deer and elk from Canada, Santa’s reindeer will be free to enter and exit the U.S. through any northern port from 6 p.m. on Christmas Eve until 6 a.m. Christmas Day thanks to a movement permit from the USDA’s Animal and Plant Health Inspection Service (APHIS).

During this season of giving, the USDA wants to do everything in its power to help Santa.

“During this season of giving, the USDA wants to do everything in its power to help Santa,” says Dr. John R. Clifford, the USDA’s Chief Veterinary Officer. “We agree to waive the normal application fees and entry inspection/overtime costs, provided he winks his eye and wishes port personnel a Merry Christmas at the time of the crossing.”

Winking at border agents probably isn’t the best idea for anyone else entering the country with a large bag of miscellaneous gifts.

Of course, Mr. Kringle hasn’t been granted complete freedom from American regulations. The APHIS insists on some level of permitting to ensure “only healthy animals enter the United States.” Each reindeer must be identified either with microchips or official ear tags, even though each can already be identified by name. And while APHIS hopes the reindeer spread Christmas cheer later this week, they are concerned a certain sleigh-guiding mutant could spread “Red-Nosed Syndrome” to American deer and elk. Santa will only be allowed a single reindeer exhibiting symptoms of the genetic disease.

The decision comes on the hoofs of Canadian Immigration Minister Chris Alexander issuing Santa Claus a Canadian passport. The move was meant to signal Canada’s claim to energy resources on the seabeds of the North Pole, but also qualified all of Mr. Kringle’s livestock as “farmed cervids from Canada” — a separate regulatory category for the APHIS. Since the U.S. and Canada share so many regulations for livestock and pets, Canadian animals usually have an easier time crossing American borders. For instance, any North American working dog can enter the U.S. relatively easily, but a canine from another continent must be quarantined at a point of entry and screened for tape worm. Mr. Kringle’s new citizenship likely opened the door to his unprecedented movement permit.

Even so, bringing animals from Canada involves much more than the quick fly-by the USDA has offered Santa, making the move all the more remarkable. All Canadian cattle, for a point of contrast, must have a certified medical record, ear tags traceable to the animals’ birth place and a “CAN” brand or tattoo to separate the livestock from their American cousins. Ranchers must pay also pay a number of fees at the border.

Not so for Santa. Come Christmas Eve, he and his reindeer will be flying right over the red tape … for the most part.