Venomous Spiders Are Hiding in Our Grapes

All over the country - and the world - the innocent joy of eating grapes is being ravaged by an army of poison spiders. 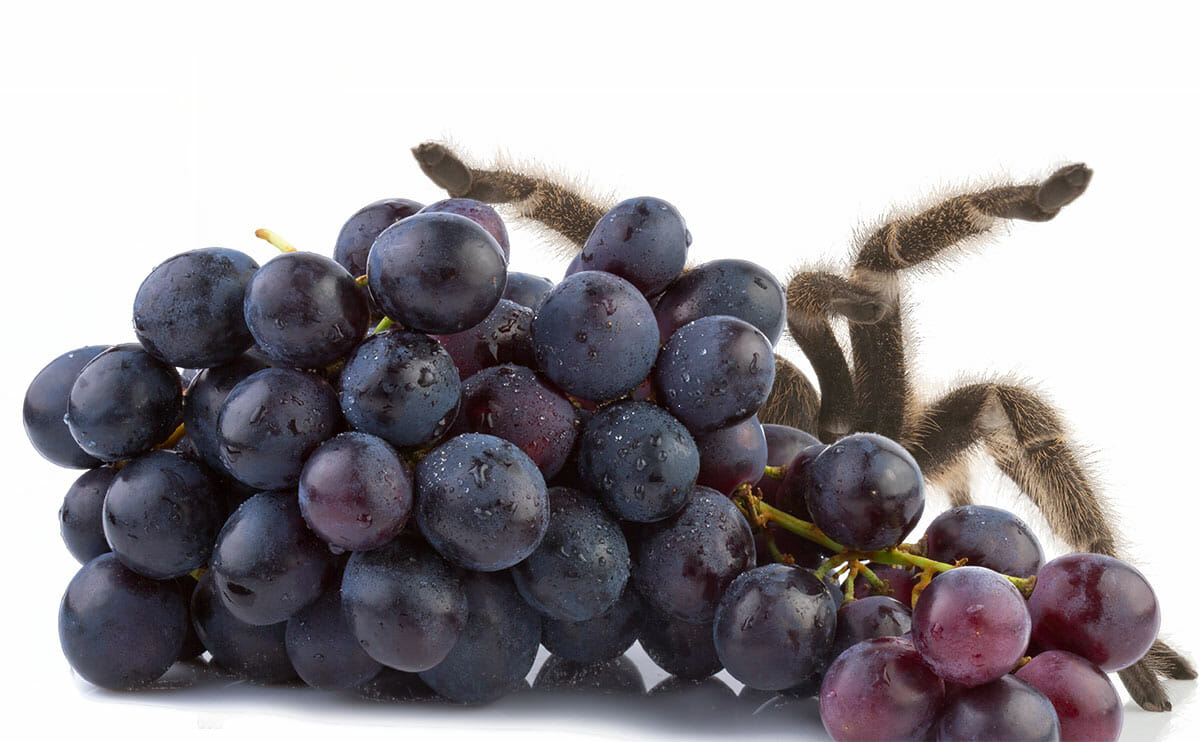 Opening scene: a Pennsylvania woman stands at the sink, humming softly to herself while she washes grapes. A shaft of sun beams in through the window, illuminating her pleasant routine. Suddenly the woman finds herself locking eyes with … a black widow spider.

The camera shifts to other, similar scenes. A Michigan college kid goes to share some grapes with his teen brother. Out pops a black widow. A St. Louis family packs for a picnic together. Boom, more black widows. All over the country — and the world — grape lovers are being sieged by an army of poison spiders.

In the past couple of months, there’s been a rash of black widows popping up in table grapes, scaring the bejeezus out of any poor soul who finds them.

The plot may be too silly for Hollywood, but not for real life. In the past couple of months, there’s been a rash of black widows popping up in table grapes, scaring the bejeezus out of any poor soul who finds them. And, in a plot twist straight from the B-movie playbook, it turns out food companies have been actively encouraging the spiders’ growth. (Cue voiceover about the folly of man.)

As farmers try to wean themselves off pesticide dependence, some are leaning on spiders to deal with nuisance bugs. When three British women found black widows in their grapes back in 2002, Tesco Supermarkets chalked it up to this very practice. Said Tesco spokesman Greg Sage at the time: “We do use natural predators on grapes in the vineyards because they prevent insects from puncturing the grapes. The spiders are very effective. All I can do is apologize for any distress this may have caused.”

The thing is, unlike some spiders, black widows aren’t all that helpful to grape farmers. Their prey is usually limited to “walking arthropods” like cockroaches and crickets — not bugs that are likely to mess with our grapevines. Because of black widows’ low value in pest control, and their high risk to humans, one study argues they are the least valuable vineyard spider.

Just how worried should we be? Black widow bites are rarely lethal, but certainly dangerous. A bite will put you in the hospital for days, and is sure to give you one of life’s most painful experiences. It would be best to keep them out of our kitchens.

The only foolproof way to remove black widows from vineyards would be to use pesticides — thereby negating the original goal. Our best hope is to catch and remove them after picking. Table grapes usually go through two phases of inspection, by the picker and the field packer, before starting the journey towards your home. But it’s clearly not a foolproof process.

Popular Science notes that black widows like to squirrel away deep in grape bunches, making them tricky to locate with a cursory inspection. Their color patterns also help them blend with darker grapes. We could always follow in the footsteps of Australia and New Zealand — they fumigate all imported grapes with CO2 gas — but that’s not ideal.

Is it possible we’ll just have to live with the threat of venomous spiders in our grapes? The supermarkets that sold the recent offenders seem contrite, but nobody’s making promises for the future. To stay safe, we all need to be our own spider inspectors.

On the upside, snacking on grapes now demands a level of courage not required for, say, carrot sticks. Way to go, fruit hero.