Which Sheep: Find the Sheep of Your Dreams - Modern Farmer
Animals, Plants

Which Sheep: Find the Sheep of Your Dreams

With more than a thousand breeds to choose from, first-time sheep farmers must plan carefully, making sure to provide plenty of space and strong fencing. Sheep are social animals, so they need companionship. Keep at least two sheep at a time, recommends Susan Schoenian, a sheep and goat specialist at the Western Maryland Research and […] 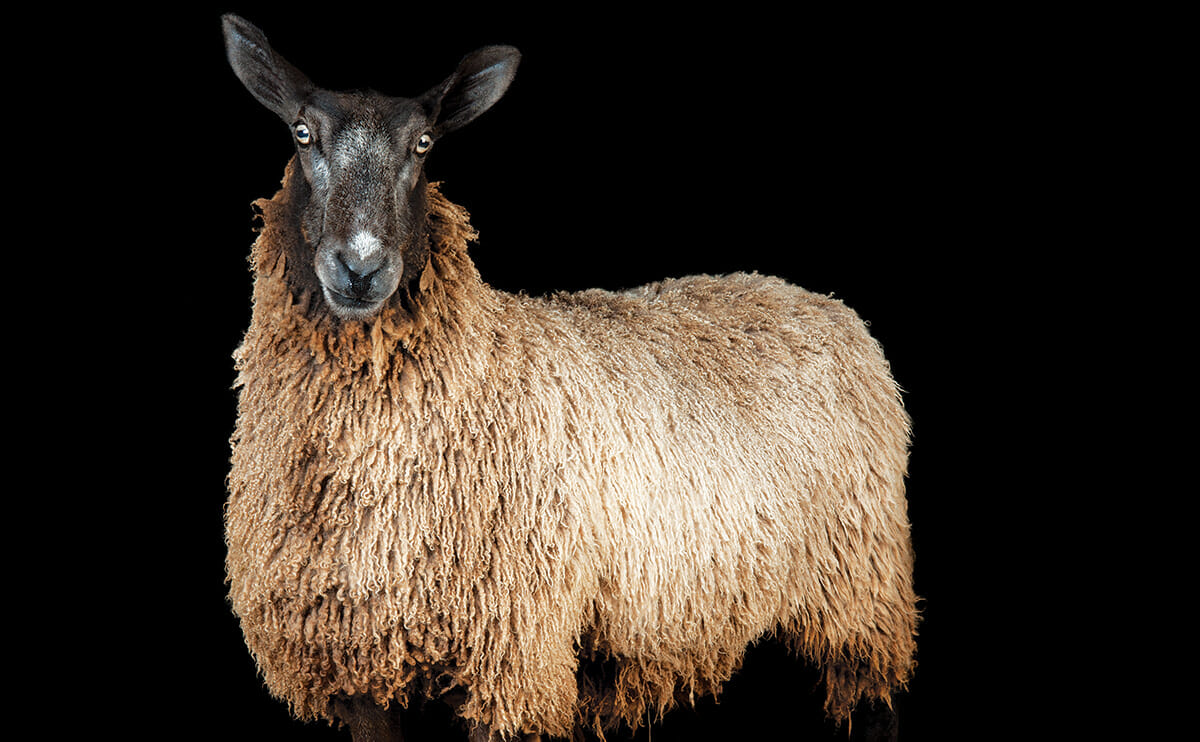 With more than a thousand breeds to choose from, first-time sheep farmers must plan carefully, making sure to provide plenty of space and strong fencing.

Sheep are social animals, so they need companionship. Keep at least two sheep at a time, recommends Susan Schoenian, a sheep and goat specialist at the Western Maryland Research and Education Center. “A sheep will become very agitated if it is separated from the rest of the flock,” she explains. Sheep also enjoy human company, but ewes and wethers (castrated males) will make better pets than rams, which can become large and aggressive. Steer away from breeds like the Wiltshire Horn, of which both males and females carry horns, in favor of polled (that is, hornless) varieties. As long as you don’t mix polled and horned animals, sheep and goats can live together quite happily. 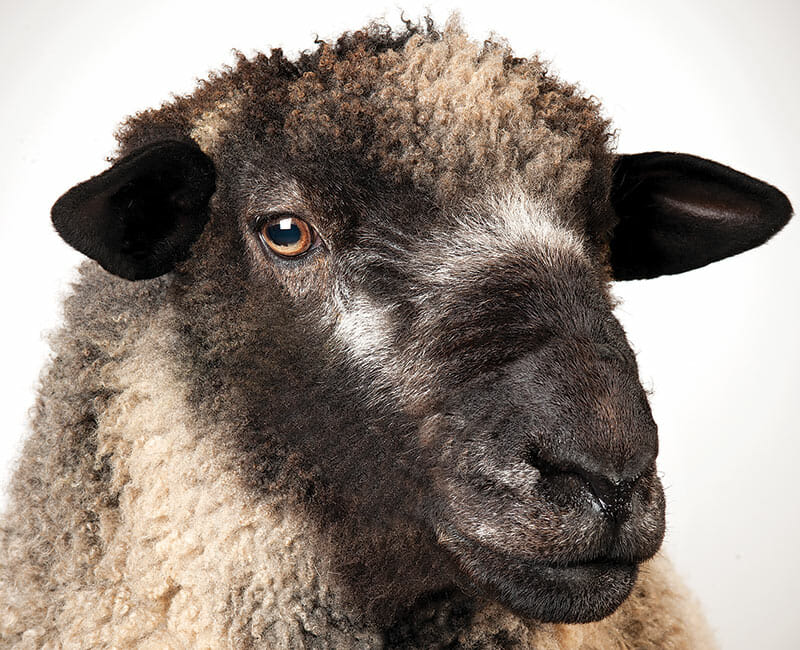 The Romney sheep, a long-wooled variety commonly raised in the UK and New Zealand.

Wool textures vary across breeds, with carpet-wool sheep producing fibers almost twice as thick as fine-wool sheep. If you’re looking to spin wool by hand, you may prefer long-wool breeds, such as Romneys and Lincolns. These are commonly raised in rainy places like England and New Zealand, unlike fine-wool sheep, which adapt better to arid environments, such as the American Southwest. 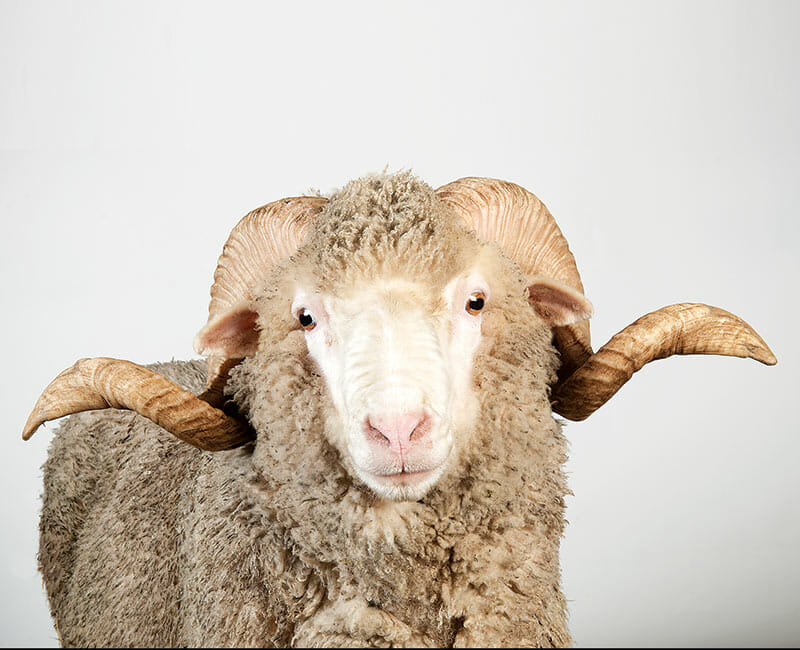 The Delaine Merino, one the more popular fine-wool sheep.

For many sheep farmers, the best choice for fine wool may be Delaine Merinos, which can thrive practically anywhere. Bred for beautiful fleece and smooth skin, Delaine Merinos will produce 2 1/2 to 4 inches of top-quality wool per year. (Note: Small-scale sheep farms should hire professional shearers on an annual basis, because it’s no simple matter to relieve a sheep of its fleece.) 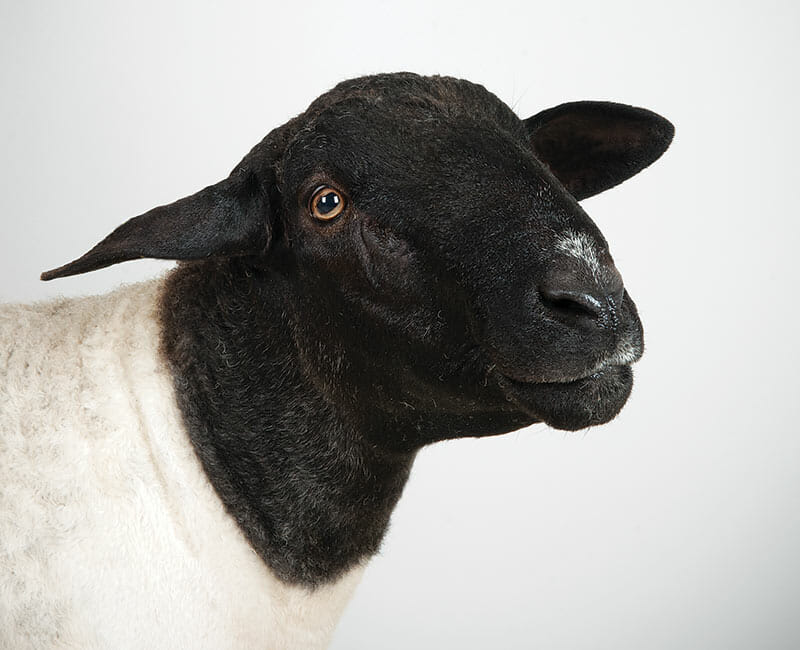 If you’re raising sheep for meat, the Dorper may be the perfect choice.

If your primary interest is meat, consider raising hair sheep instead of wooled. “They are very easy keepers, are somewhat parasite-resistant and do not have to be sheared,” says Frank Craddock, a professor and sheep and goat specialist at Texas A&M University, who recommends the Dorper and the Katahdin breeds as best bets for small flocks. Dorper sheep sport smooth coats and are raised for mutton as well as top-of-the-line sheepskin. Katahdin are a hair breed that will shed their winter coats in colder climates during springtime. They are raised primarily for lamb meat. Both breeds are good foragers and require minimal intervention. 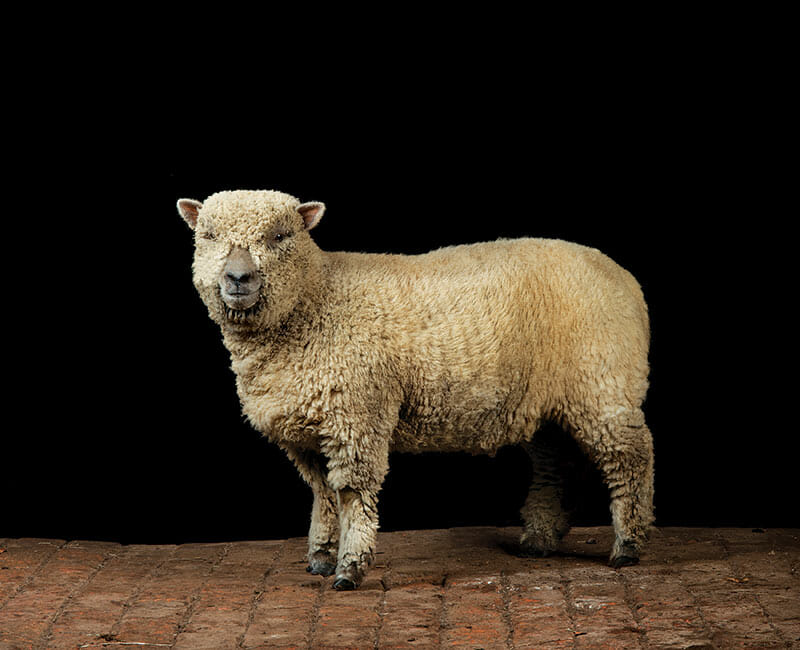 Sheep like the Southdown offer a mixture of both wool and meat production.

Hair sheep make up only 10 percent of the world’s sheep population, largely because they are so useless as sweater material. If what you want is both meat and wool, then go with Hampshire, Suffolk or Southdown. 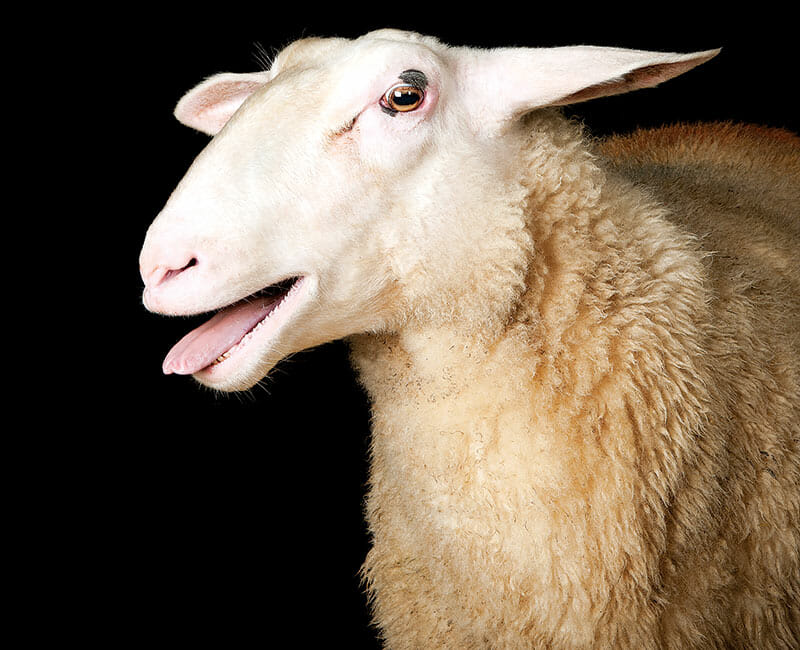 If you’ve got a hankering for sheep’s milk, look no further than East Friesian.

East Friesians have been called the Holsteins of the sheep world. Sheep’s milk is higher in fat than milk from cows or goats, and tastes sweeter than either. Yet cheeses made from sheep’s milk tend to include “more savory notes,” according to Erika Scharfen, head cheesemaker at Pennyroyal Farm in Boonville, California. Lacaune sheep produce the richest milk, used to make Roquefort cheese in southern France. But Scharfen, who also manages the dairy herd at Pennyroyal, recommends cross-breeding because “three-quarter dairy animals can be as productive as full dairy animals and tend to be heartier.” Overall, dairy sheep require more painstaking care than sheep raised for fiber or meat because they must be managed to support and extend lactation.

In Italy, ricotta is traditionally produced from sheep’s milk whey left over from the production of other cheeses, like Pecorino, but it can be made at home with whatever milk you have on hand. Fresh ricotta is remarkably versatile: Eat it with fruit, spread it on toast or spoon it into a salad. If using cow’s or goat’s milk, you may wish to substitute a cup of milk with heavy cream.

1. Line large strainer with double layer of cheesecloth and place over large bowl.
2. Combine milk and salt in saucepan and set over medium heat, stirring frequently. Be sure to run spoon all the way to bottom of saucepan to prevent scorching. Bring liquid to about 190F(88C) – or just to the point of a simmer – and remove from heat. Do not allow milk to boil.
3. Immediately mix in acid (vinegar or juice) with 3 quick stirs, then allow curds to form
for 5 minutes without stirring. You should see solids separating from clear liquid.
4. Carefully pour curds into cheesecloth-lined strainer and allow to drain for 10 to 30 minutes. The longer the cheese drains, the more crumbly the ricotta will be. Discard the excess liquid.
5. Transfer ricotta to airtight container and cover cheese directly with plastic wrap or foil. It will keep, refrigerated, for up to 1 week.

I;m curious what you think or have heard about the Icelandic sheep for milk and also for a small backyard farm.