TogetherFarm Blocks can be used to construct a 4x4 foot garden box in less than five minutes, the owners say, a welcome surprise to anyone who has spent hours building up their own raised beds from scratch. 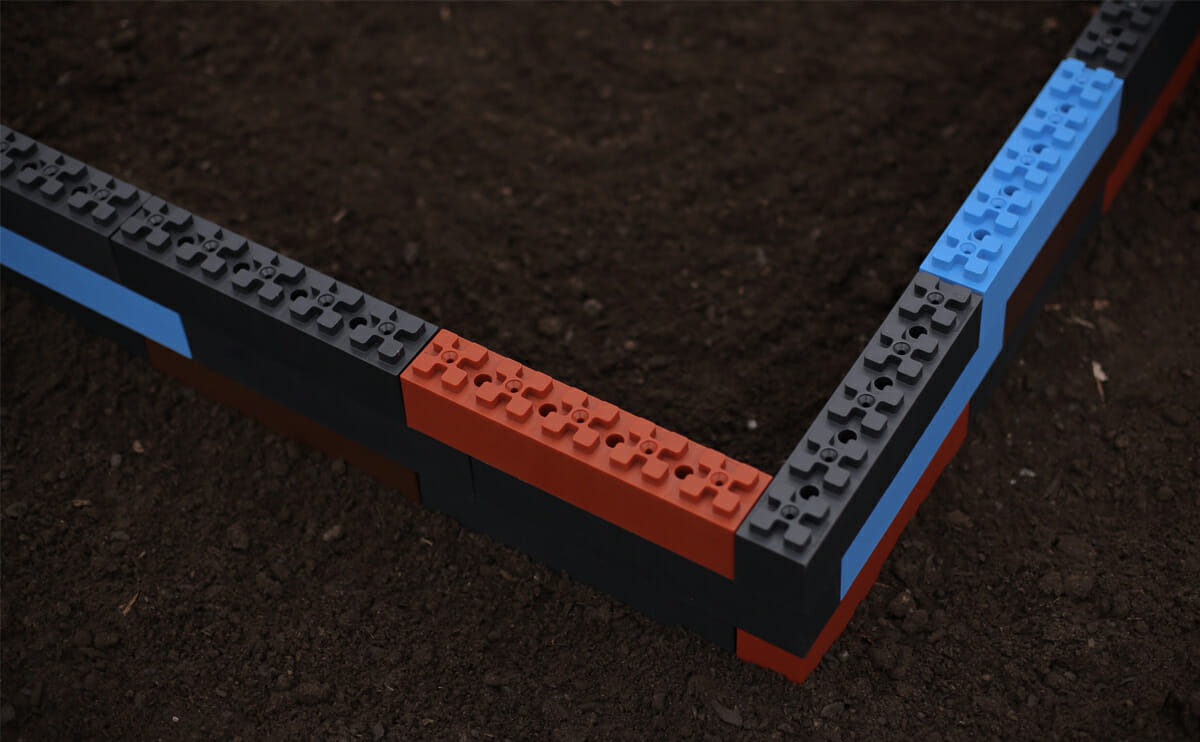 The three co-founders of the project, who met at Concordia University’s MBA program, shared a love for gardening. The love inspired their final project for their degree program, an early version of TogetherFarm Blocks.

“We had originally started with the idea of a produce sharing website,” says co-founder Doug Holcomb “and as we dug deeper into that we realized that there were quite a few barriers to people starting their own urban gardens – shape and size were issues, and people didn’t seem to always necessarily have a truck to haul materials, or saws to cut the lumber, or even screw guns to put the things together.”

TogetherFarm Blocks can be used to construct a 4×4 foot garden box in less than five minutes, the owners say, a welcome surprise to anyone who has spent hours building up their own raised beds from scratch.

TogetherFarm Blocks can be used to construct a 4×4 foot garden box in less than five minutes, the owners say, a welcome surprise to anyone who has spent hours building up their own raised beds from scratch.

Manufactured in the U.S. out of recycled food grade plastic, the Blocks are highly functional, user-friendly, and adaptable to even the most cramped gardening plots – even rooftop or windowsills can be turned into mini-gardens.

“We just know from our own experience the limitations of building raised garden beds in smaller spaces,” says Doug. “Oftentimes you don’t have your standard 4×4 or 4×8 space. We wanted to create something that would be able to wrap around a corner in a L shape, or do a zigzag shape or have different layers of terracing.”

The customizable quality of the Blocks is striking. Take a look at the the Blocks and the first thing that’ll pop into your head are LEGOs or other kinds of building blocks, a reflex that the founders encourage.

“Most of us played with building blocks as kids – anything that’s modular like that allows you to continue to add on additional pieces,” says Doug. “We’re going to make everything backwards compatible with the original sets. So we’ve got the next number of years planned out with different add-ons to improve peoples’ gardens.”

TogetherFarm Blocks are scheduled for production in early 2014. Preorders can be made at the TogetherFarm website.