Neko Case on Music, Farms and Owning Your First Chicken

We talk Neko Case about moving back to the farm and why she's just feel better with animals and dirt all around her. 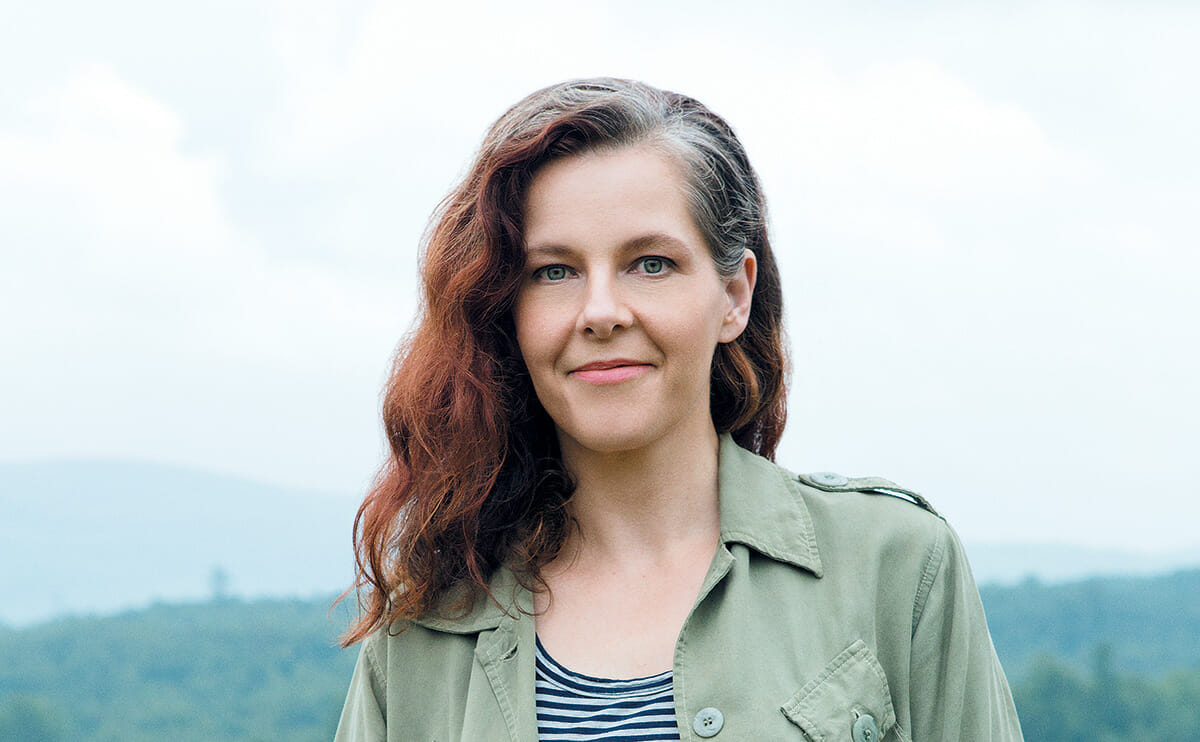 Modern Farmer: Do you have an agricultural background? What made you want to have a farm?

Neko Case: My parents moved to the city but I was on my grandparents’ dairy farm a lot. All of their relatives were dairy farmers, too. It’s funny, if other people mentioned their “grandparents” I just assumed they all lived on farms automatically! I was always heartbroken when we came back to town, but I was lucky enough to spend a large part of my life on the farm. I’ve always thought I would be an artist and I always thought I would live back in a rural setting, and sure enough! I just feel normal and natural with animals and dirt, things growing and dying around me in real time.

It’s a reset button. Plus, I plan to farm full-time eventually, I’m just part-time now. Getting the feel and learning as I go.

MF: Has living on your farm influenced your songwriting?

NC: I’m sure it has though I can’t put my finger on an explanation of how. Like I said above, I just feel normal and natural there so I’m sure it helps me store up reserves of energy and creativity.

MF: You recorded Middle Cyclone on your farm. What made you want to record in a barn on your farm and what unique challenges arose from this choice?

NC: One song was done in the barn and another in the house. The barn was the inspiration. It’s just such a big space. It had taken forever to clean out and put a floor in, so I wanted to do an art project in it. I had never had access to such a huge amount of space before! I (with a LOT of help from my best friend and roomie, Stuntman Nate, who is a contractor) brought in as many free pianos as I could get in two months (which turned out to be eight, six of which were tunable), and recruited friends and bandmates to be a piano orchestra. It was fun as hell! The hard part was the cold Vermont spring temperatures in a hay barn (open-spaced siding) and competing noise. I relented to the sounds, there was nothing I could do. I ended up loving it though, it’s all on there –creaking wood, baby robins, wind and crazy-loud peepers. It was fantastic.

NC: When it’s the right time to let them (or help them) die. It’s harsh sometimes, but I never regret bringing any of them home. They are all such a joy. They “tell you” when they are ready to go. No matter how many times it’s happened I doubt my own ability to see it, but they always tell me.

MF: What’s been your biggest success as a farmer?

NC: Carrots, kale and tomatoes. My pears are also getting a good reputation.

MF: Tell us about your favorite animals.

NC: I own 100 acres, four chickens, one horse, four dogs and two cats. Fergie is my favorite chicken, she’s independent and lays large blue eggs. She peed all over the front of my shirt the first time I picked her up. My neighbor’s cows also graze on my land. They are like big, doe-eyed dogs. I love to spend time scratching their necks. Such sweet, gentle girls. There’s no way to pick a favorite, they all have such charisma.

MF: What was the adjustment like moving from the city to the farm?

NC: None really, it’s like I dropped into the oil painting of my life pretty seamlessly. It only took about six months, but I can touch ANYTHING disgusting now though without batting an eye.

MF: How is your time split now? How much time do you spend touring versus time on the farm?

NC: I’ve been at work a LOT this past year and I notice a definite edginess I get when I’m not home enough. But like everyone else, I have to pay the bills. Luckily, I really love my job.

MF: What advice would you give to someone who’s just bought their first chicken?

NC: Don’t lock them up so much. They are smarter than people think and thrive when given challenges and choices within their natural scope. Also, when they are allowed to range their eggs taste better because they have proper variety in their diet. Plus, who wants to live in a coop all the time?!

MF: Has being on the farm changed your eating habits?

NC: Yeah, 360! I can’t hardly touch processed food anymore and I don’t grow anything with GMO’s. All as naturally as I can, no pesticides or poison. I save seeds. It’s the punk rock, revolution-begins-at-home thing to do! Farms need farmers who are fighters, now more than ever. My dearly departed grandma is right behind me.