We talk to Al Roker about his love of lamb, why he'd never hack it as a line chef, and why it's important to support the small-scale American farmer. 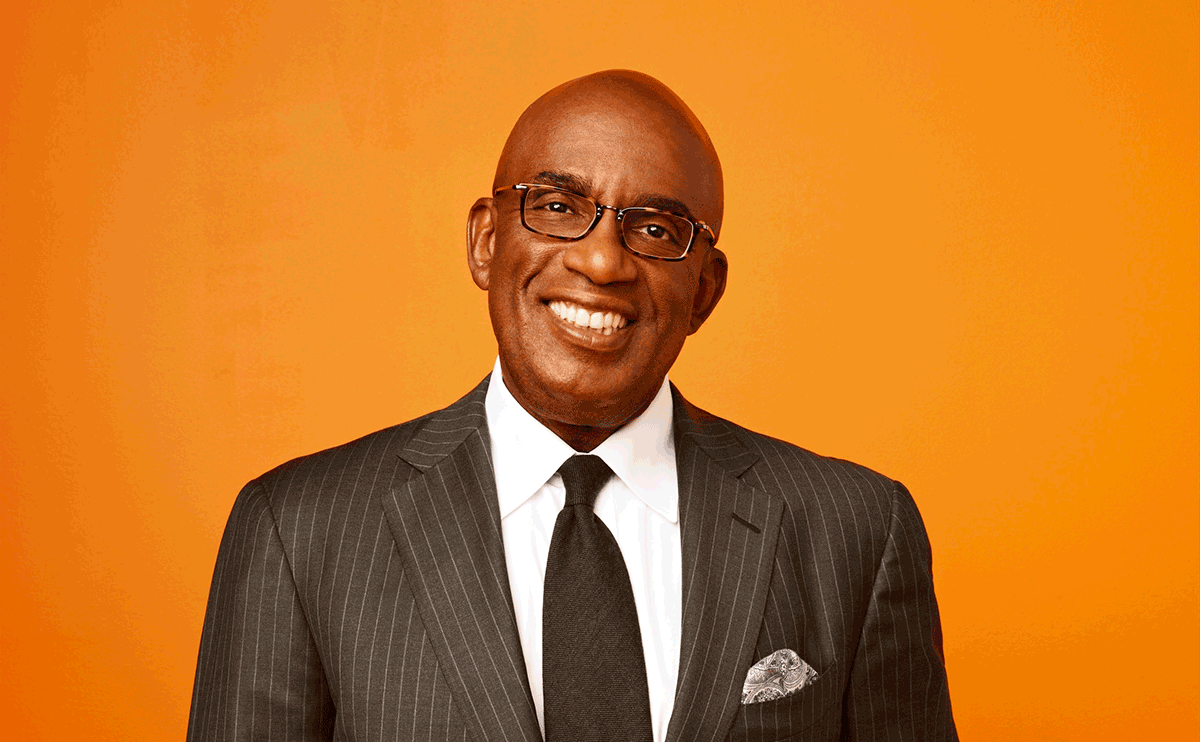 Modern Farmer: So we have a mutual pal, Craig Rogers over at Border Springs Farms. You buy your lamb directly from Craig?

Al Roker: I do. I do. Listen, there’s a lot of lamb out there, some of it is grown here, and some of it isn’t. So if you can partake of American lamb, I think it just tastes better. And if you happen to know the shepherd, even better still.

MF: You also buy your other meats directly from farmers as well?

AR: Yeah. You know where it’s coming from, you know the source. If you get a product that isn’t to your liking, you know who to go to instead of taking it back to the supermarket. I think it’s just a better way to live.

So if you can partake of American lamb, I think it just tastes better. And if you happen to know the shepherd, even better still.

MF: You went to a couple of different farms for segments on the “Today” show this year. Why was it important for you to show your audience American agriculture?

Before we were an industrial and technological society, we were an agricultural society, and all of that has to coexist. You can use technology to improve agriculture, and a lot of smaller farmers are doing that, whether that’s crop rotations or better cycles of being able to let fields lay fallow or being able to look for different crops to plant. I think that’s important, and I also think it’s important to support the American farmer.

MF: To take it back to lamb for a second, lamb and mutton have had a bit of of a decline in the U.S. We don’t eat as much of it as we used to. What would you say to someone leery of eating it for the first time?

MF: You’ve written a series of mystery novels with the chef as the main character, and starred in and produced a series of shows about food. In another life, would you have gone for a career in food?

AR: Yeah, maybe, I think so. Well, but also, my oldest girl is a chef at a very high-end restaurant here in Manhattan and she works like a dog. I don’t think I have the work ethic for it, to be particularly honest.

MF: But, I mean, what time do you get up to do the morning weather?

AR: Well, I get up at 3 a.m., but it’s a different lifestyle. One of the scariest evenings of my life was spent working as a line chef, pre-theater dinner, on a Friday night at Daniel. I’m just shocked that there aren’t bodies coming out of there on a regular basis. You’re literally in a knife fight. There’s pressure to produce an exquisite meal in a certain amount of time. And look, when people have an expectation of what’s supposed to come out that door, brought out by that waiter, you darn well better meet that expectation or you’re not gonna last very long and that’s a lot of pressure. And it doesn’t let up, that’s the thing. You come back, and the next day, and you do it all over again. That’s why I don’t know if I could do that.

MF: So in comparison, getting up at 3 a.m. to do the morning weather, not that difficult.

AR: No, no, no. Nobody ever sends back the morning forecast.

MF: So you’ve talked about how your kids like lamb. What’s your personal favorite way to do a really nice piece of lamb?

AR: I’m very simple. I like a rack of lamb, a roasted rack of lamb. Or, one of my favorite ways to do a the loin chops – where you cut the rack into chops – is you take about 10 or 12 anchovy fillets and a little extra virgin olive oil, and you cook that under medium heat and let the anchovies dissolve in the pan. And then you sauté the lamb chops in that oil, take them out, put them on a warm plate, then throw in a handful of garlic and sauté that with some sage leaves and spoon that over the lamb chops. You would think the anchovies – you know they basically break down. They talk about that sixth taste sensation, umami? It’s a very umami-based flavor.

MF: We may have to try that out. Thanks for taking the time to talk to Modern Farmer.

MF: So you’d have to watch a little bit of the farming before you got to the good stuff.

Popular
7 Smokable Plants You Can Grow That Aren’t MarijuanaBrian Barth
Hell in High Water: The Story of Devils Lake, North DakotaSharlene Breakey
Record-Breaking Egg Profits Prompt Accusation of Price GougingClaire Carlson, The Daily Yonder
6 Differences Between Llamas and AlpacasAndrew Amelinckx
New Solar Panels Allow Farmers to See the LightNaoki Nitta
Explore Modern Farmer
Related
Features, Food & Drink, Fungi
Could New York Become the Mushroom State?Sara Foss
Environment, Labor, Water
California Farms and Farmworkers Attempt to Recover From Record FloodsNaoki Nitta
Books, How-To, Lifestyle
How to Turn Your Garden Into a Business, No Matter the SizeEmily Baron Cadloff
Food Security, Labor, news
A New Egg Co-operative Has Hatched in the Western U.S.Lindsay Campbell
wpDiscuz
We use cookies on our website to give you the most relevant experience by remembering your preferences and repeat visits. By clicking “Accept”, you consent to the use of ALL the cookies.
Cookie settings ACCEPT
Privacy & Cookies Policy