Ranchers and Scientists Agree: Counting Sheep is No Way to Get to Sleep - Modern Farmer
Animals, Lifestyle

Ranchers and Scientists Agree: Counting Sheep is No Way to Get to Sleep

Counting sheep doesn't hurt, but it doesn't really help, either. 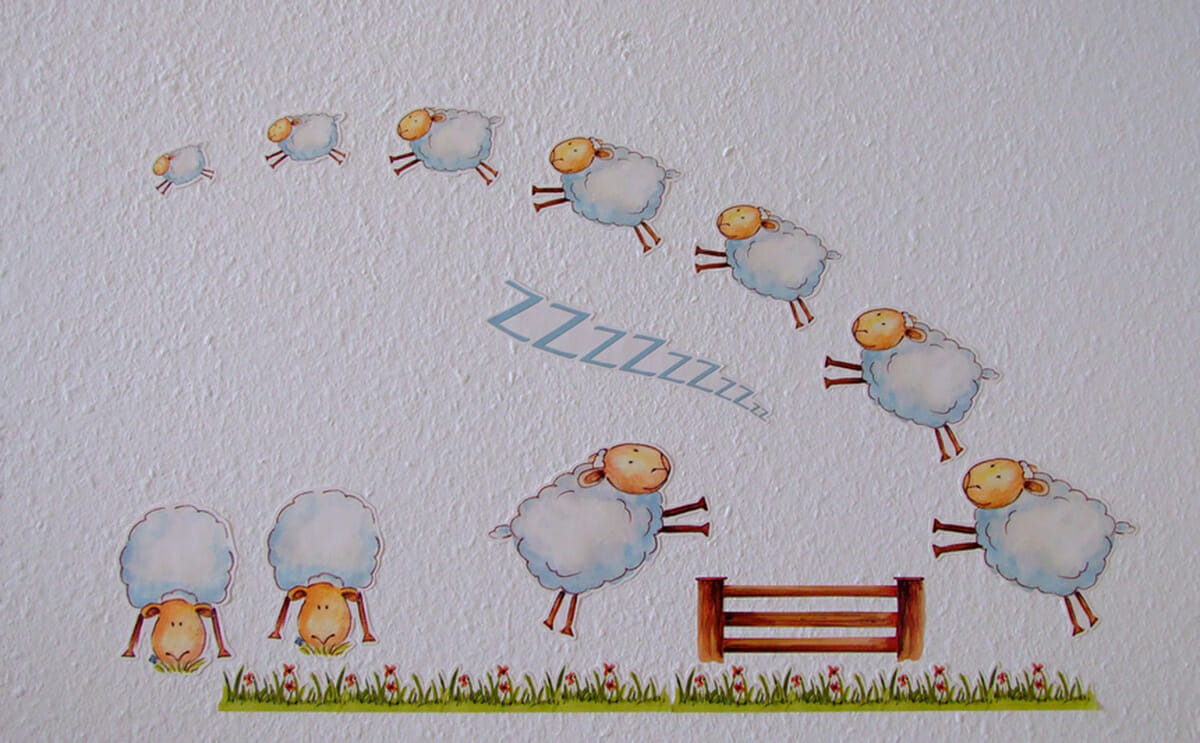 Fall asleep? Good luck. The prospect that sheep could bore you into a peaceful slumber isn’t impossible, but studies suggest the folk technique is far from the best way to catch some shuteye.

For a 2001 study, Allison Harvey, a cognitive psychologist at Oxford University, split a group of 50 insomniacs into three groups. She asked one group to focus on tranquil scenes like waterfalls, another to dream of ewes jumping a stile and left a third control group to their own devices. There was a clear verdict when the results came back. “Counting sheep is just too mundane to effectively keep worries away,” said Harvey. The waterfall insomniacs got to sleep 20 minutes faster than the others.

Instructive as that study might be, Dr. Jack Edinger at the National Jewish Sleep Clinic in Denver, Colorado cautions against trusting imagination to treat sleep disorders. “The problem is that there really is no trick to knock yourself out,” he says. It’s much better to focus on the real world, changing habits to reduce stress and quell worries.

But might the sheep ranchers who spend their time counting real sheep find the activity relaxing? Bret Taylor, an animal scientist at the USDA’s Sheep Experiment Station, laughs at the idea. “I tried counting sheep once and no, it did not help me fall asleep,” he says. “It’s hard to imagine sheep jumping a fence because it is not something they do unless you don’t want them to.”

The U.S. Sheep Experiment Station — located in Idaho just west of Yellowstone National Park — is also right in the middle of a growing grizzly bear country. In 1975, when grizzlies hit the endangered species list, there were only 136 meandering the national park. Now, strict protections have helped the grizzly bear population grow to an estimated 600 in the Yellowstone ecosystem (No word from researchers of the sleep effects of counting grizzlies).

Some of those grizzlies have managed to get to sheep herds. In 2012, a single grizzly sow killed 70 sheep in Montana before wildlife official relocated her and her cub to Canada. The pictures of the incident — with sheep laid in lines to ease the counting — aren’t exactly the most relaxing images in the world. With such a clear and present danger lurking in certain allotments, Western sheep ranchers need to keep careful tabs on the flock, making counting one of the most stressful tasks for ranchers.

Then again, maybe we are taking this sheep counting business a bit too seriously. The practice has long been material for comedians more than insomniacs.

The Disciplina Clerclais, an early twelfth-century text from Spain, has a tired storyteller spinning nightly tales for a worried king. When the storyteller wants to hit the hay before his majesty, he insists on a story of a farmer who needs to transport his livestock across a swollen river in a tiny boat. Upon describing two journeys across the river, the storyteller falls fast asleep. When the king wakes him, he says the story requires that the farmer transports all his sheep across the river before continuing. You can almost hear a the royal, sarcastic yawn.

Modern examples are much funnier. One New Yorker cartoon has a lion couple awake in bed with the male lion saying, “But counting sheep makes me hungry.” And if we must say so ourselves, the Modern Farmer counting sheep sleep mask is good for a laugh and as a stocking stuffer.

The bottom line: counting sheep to fall asleep is a joke — not an honest medical practice with any connection to real-life sheep counting.

But still, it’s a good joke.