How a Chest of Ancient Grains Changed Baking History

How the discovery of a chest of ancient grains made its way to Sweden's best bakers. 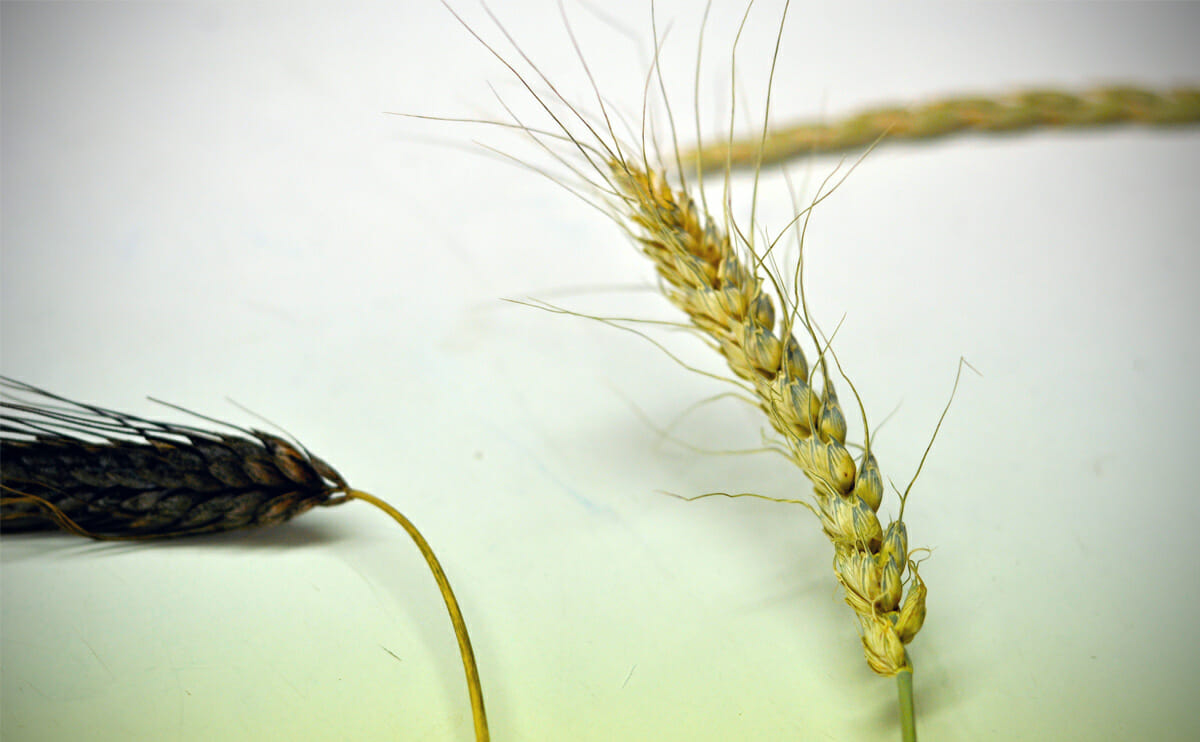 What the researchers found there would later spur a radical movement of growers and a new generation of experimental bakers. That cache of seeds is now referred to as the “treasure of Ardre.”

“What we discovered in Ardre was pretty much the history of wheat,” says Curt Niklasson, an organic spelt farmer on Gotland.

At the time, the Swedish University of Agricultural Sciences had issued a request that all native seeds and animal breeds be recorded, so the discovery was sent to the Global Seed Vault in Svalbard, Norway. As the majority of farmers around the world began growing modern, short-stemmed bread wheat (triticum aestivum) the treasure of Ardre sat, virtually untouched, for 30 years.

It wasn’t until the 1990s when Hans Larsson, a researcher in plant breeding for organic farming at the Swedish University of Agricultural Sciences, decided to unearth Pettersson’s seeds take a closer look at their DNA. He counted at least 70 different varieties of grain. Larsson enlisted the help of Niklasson and together they began experimenting with re-growing the ancient grains. But by 2007 the pot of seeds was nearly depleted.

Niklasson banded together with a group of five other farms and a mill to create a cooperative called Gutekorn. It became their mission to protect and manage Gotland’s ancient grains by making them financially viable.

Gutekorn is on the forefront of a growing global movement to bring back ancient grains, from the village of Rabovo in Bulgaria to Twin Meadows Organics Farm in British Columbia and Lentz Spelt Farms and Bluebird in Washington State. There are even organizations like The Heritage Grain Conservancy in Massachusetts, which helps farmers get access to seeds for nearly extinct races of wheat and other grains.

Gotland is located smack-dab in the middle of the Baltic trade route between Denmark and Sweden. Originally, einkorn made its way from Persia, crossed with wild grasses and turned into wild emmer, was cultivated and crossed with another wild grass and became spelt. There is evidence that einkorn, emmer and spelt were all cultivated on Gotland as far back as 500 B.C. and seeds of all of these were found in Ardre, including multiple sub-varieties, like summer wheat, white, red, blue and black emmer, and borstvete, a variety of wheat that appears to be unique to Gotland. Borstvete, or “brushed wheat” is now listed in the Slow Food Ark of Taste.

I recently visited Niklasson and his wife Lotta on their farm, where they also raise Gotlandish sheep. Niklasson made coffee and set rolls and crispbread on the table, all made from Gutekorn flour.

Gutekorn started with only a few kilos of six different grains. “Imagine,” says Niklasson, “it takes a half a year to grow the wheat and to turn one kilo of grain into ten.” It took them many years to grow enough grain to make their venture commercially viable, but today the association has its own grain handling facility. Their flour and whole grains are sold throughout Sweden. They also have their own gene bank, which contains approximately 30 varieties that they will continue to rotate through cultivation.

The rolls and crispbread the Niklassons served me had a earthy, nutty taste, but one of the biggest selling points of Gutekorn’s products is their nutritional value. “Because of the molecular make-up of what we call wheat today, the bread we eat is no longer worthy of its name,” says Niklasson. He then explains how the ancient grains differ in the amount of gluten they hold and that they are rich in minerals, making them rich in flavor. Einkorn, for instance, has relatively little fiber, is fattier than wheat, is rich in beta-carotene and low in gluten. Emmer wheat is a good source of antioxidants and has higher protein content than bread wheat.

In the spring of 2009 Gutekorn planted a spelt that had a robust flavor but which was ideal for light bread, especially when mixed with wholegrain “brushed wheat” and a sourdough culture. Niklasson regularly teaches classes on baking with Gutekorn in an attempt to educate the public about their product.

Their cause is helped significantly, though, by a handful of famous bakers throughout Scandinavia. Aurion, which started as a small cooperative in 1980 dedicated to baking with ancient grains now sells their bread to every health food store and most supermarkets in Denmark. Manfred Enoksson, the baker who quadrupled bread sales at Sweden’s largest organic mill and bakery, uses Gutekorn’s four. And when another acclaimed baker, Sébastien Boudet, made a stop at the Niklasson’s farm while vacationing on Gotland, he and Niklasson immediately hit it off. Boudet stars as a judge on the Swedish version of “Top Chef – Desserts” and makes regular appearances on TV4’s morning news program.

Boudet and Niklasson are both advocates of ancient grains, and both are distressed over the quality of mass-market wheat today. “Over time, growers selected the best-producing varieties, but that has created highly susceptible monocultures,” Niklasson explained. “Gutekorn’s varieties are different from modern grains. They have deep roots and long hairs, and they are highly resistant to disease, drought and poor soil.” According to Niklasson, climate change is making this distinction more obvious, as the old grains are more adaptable than modern wheat.